The Metroid series holds a very special place in my heart as it has consistently provided some great memories, but also acted as important tentpoles throughout my gaming life. My first console was the Super Nintendo, a system I enjoyed playing Super Metroid on as a young child. Then after some years of not playing games too often throughout school, I was brought back in by the fascinating world of Metroid Fusion on the GBA. After starting the site and reviewing games, one of the earliest titles I reviewed was the remake of Metroid: Samus Returns for the 3DS. And now, decades after Samus began her 2D journey to eliminate the Metroids, we’ve finally received a new entry in this Metroid timeline with Metroid Dread. And while it’s been close to 2 decades since the last canonical portion of the story, it’s been worth the wait.

Metroid Dread is the first new 2D style Metroid since Metroid Zero Mission in 2004 (not including the aforementioned Samus Returns remake from 2017) and is the canonical sequel to 2002’s Metroid Fusion. Thankfully, the developers realise it may have been many years since you last played Fusion, or that it may actually be your first Metroid game and have made Metroid Dread extremely accessible for existing and new fans alike. Upon beginning the game, you’ll be brought up to speed on the whole story thus far via the intro cutscene before being handed the reigns to take Samus on her latest adventure.

Without spoiling too much of Dread’s plot, the game kicks off with Samus being notified by the Galactic Federation that they’ve received video evidence indicating that the X parasite that was seemingly destroyed at the end of Metroid Fusion had somehow survived and migrated to a planet called ZDR. The team had previously sent a series of robotic beings known as EMMI (Extraplanetary Multiform Mobile Identifiers) to ZDR to investigate the situation, but after losing contact with the EMMI’s, Samus is sent to ZDR to discover the mysteries of the planet and uncover if the X parasite is really back. 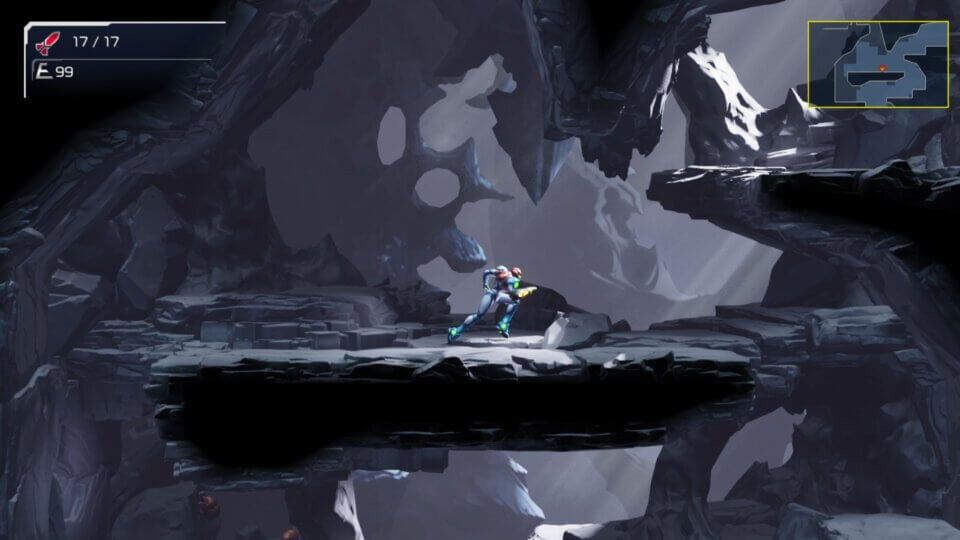 If you’ve played a Metroid game in the past, the core structure and gameplay of Metroid Dread will be very familiar to you. Shortly after landing on ZDR, Samus is stripped of most of her abilities and you’ll progressively earn them back as you progress through the planet and unlock it’s key areas. This further reinforces that theme of dread as you really do feel quite underpowered and in danger upon starting your adventure and then get progressively more powerful and confident as you go. This lets the player grow and learn about the planet and it’s many dangerous creatures in the same way Samus is.

The level design also continues to be one of the key standouts, not only in Dread but for the Metroid series in general. Much like earlier entries, the layout of ZDR is pieced together so cleverly that areas you can see but can’t get to early on in the game can become a really important part later on or even hold a massive upgrade for Samus that was just out of reach because you didn’t have the skills to access or survive the area yet. When everything starts to open up as you earn more and more abilities, the game surprised me with how interconnected everything had been designed and how cleverly areas had been locked off until you had the means to progress and survive. This core structure further reinforces why Metroid’s design influenced so many games that have come since that utilise the ‘Metroidvania’ approach. 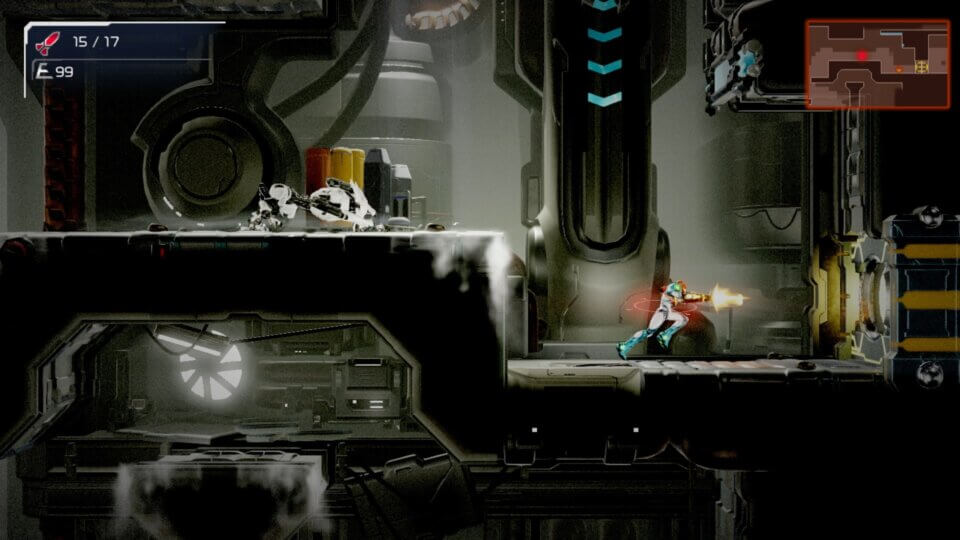 I did find myself on occasion being a bit lost, as there are times where the game can be a little vague on where the next progression point lies. This was most often the case when progression required an elevator ride out of the current area into another section of the planet. While I was able to find my way through the game eventually, it made me think that perhaps I should have utilised the waypoint marker ability that can be placed on the in-game map a bit more effectively.

Throughout the adventure, Samus goes from a blaster wielding bounty hunter to an absolute badass with an arsenal of weapons and abilities. These upgrades are paced really well throughout the space of the game and always give you an opportunity to test them out or use them to access new areas before throwing a new upgrade at you. I also loved that Dread brought back the melee strike ability that featured in the Samus Returns remake as it’s been implemented in all areas of combat, most enemies have a timing window where they can be struck for big damage using the melee attack, the boss encounters utilise it during their phases and if you’re good enough with your timing, you can even use it to escape the EMMIs.

It’s these EMMI creatures that really bring the Dread to Metroid Dread. They are robotic creatures that have been reprogrammed to hunt Samus and patrol zones scattered throughout ZDR. Upon entering these zones you’ll be aware that you’ve entered an EMMI zone and the mini map shows the general location of the patrolling EMMI. The goal is to get through the zone without being seen as your standard weaponry isn’t powerful enough to take out an EMMI. This also brings a stealth element into the game, because if you’re heard and spotted, the doors out of the area lock until you’re able to successfully hide or escape and if you’re captured by the EMMI it’s more often than not instant death as the melee window to escape requires really fast and precise timing.

Outside of the patrolling EMMIs and the numerous sub bosses, Dread also features some awesome boss encounters. The creature and gameplay design really shine in these moments as they really encourage you to use all the skills currently in Samus’ arsenal to defeat them, as not doing so really increases the challenge. The boss encounters took me numerous attempts to defeat them, but when you finally catch on to what you’re expected to do at each phase of the battle, you wonder why it took so long to come to that conclusion and take down the foe. There’s also some great nods back to previous Metroid games with some of the bosses and enemies you’ll face throughout the game that will be appreciated by franchise fans too. 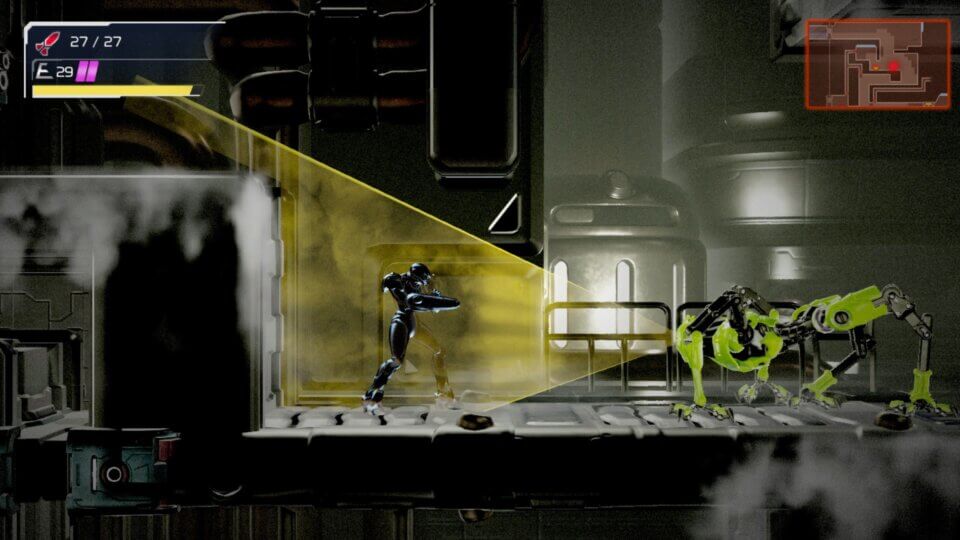 Metroid Dread is an absolute joy to play. It’s roughly 10 hour adventure is well paced, the controls are buttery smooth which further helps Samus feel like an extension of yourself and by the end of the game you feel unstoppable with how second nature unleashing Samus’ abilities becomes. It contains the great enemy and world design we’ve come to expect from the series and retains the stunningly detailed Metroid art direction. I continue to love this world and characters and really hope it’s not many many years before we get another great adventure with Samus.

A review code was provided by Nintendo for the purpose of this review.