I’ve been a day 1 supporter of PSVR and every time a new title gets announced or released for the system, it rarely fails to get me excited knowing I have another reason to get the headset back out again and immerse myself in a new world. I have to admit, VR games for the system are few and far between these days, so it made me even more excited to know that next time I’d get to experience a new game, I’d also get to portray one of my favourite Marvel superheroes.

Marvel’s Iron Man VR let’s you embody Tony Stark himself as well as his iconic iron suit to put you front and center as an Avenger with a world to save. It’s certainly immersive and incredibly fun to play but is let down by a repetitive mission and enemy structure and various bugs. But even with it’s issues, it is definitely still worth dusting off your PSVR headset for.

As briefly mentioned, Iron Man VR puts you in the role of Tony Stark. The genius, billionaire, playboy, philanthropist himself as you experience a completely original story that isn’t directly based on the events of the MCU or specific comic run. I did like the added depth and character development gained by allowing us to play certain sequences from Tony’s point of view and didn’t have us restricted to just the Iron Man suit for the entire experience. But as you may expect, the fun factor increases immensely when the suit comes on and the thrusters start up.

During stages where you play as Tony, navigation throughout the level is performed by point-to-point teleportation, not unlike many other VR titles. But when in the Iron Man suit, you get free movement control over the whole game. When I initially saw the trailers for the game I thought that letting people have free movement in a VR space, zipping around as Iron Man would actually be a cruel joke designed to see how long you could last before throwing up. But surprisingly, the flying in this game works incredibly well, and at no time did I feel even remotely nauseous.

The Iron Man sequences play out exactly how I’d imagined a good Iron Man game could be after watching the first Iron Man movie and seeing the first person, in-suit HUD on screen in the film. You have Tony’s array of tools at your disposal and flight is performed and controlled by using your two PlayStation Move controllers to manoeuvre the thrusters built into the hands of the Iron Man suit. Pressing the triggers on the Move controllers with activate the thrusters on Tony’s hands, and then depending on where you physically position them, determines which direction you’ll fly. Pointing them straight down propels you upward, positioning them pointing backwards will push you horizontally forward and as you would expect, shifting your arms more to one side will allow you to turn in different directions in mid-air. There is certainly a bit of a learning curve when it comes to getting completely comfortable flying about and using your many weapons to take down enemies, but the game’s tutorial does a solid job at easing you in, and it became second nature in no time. 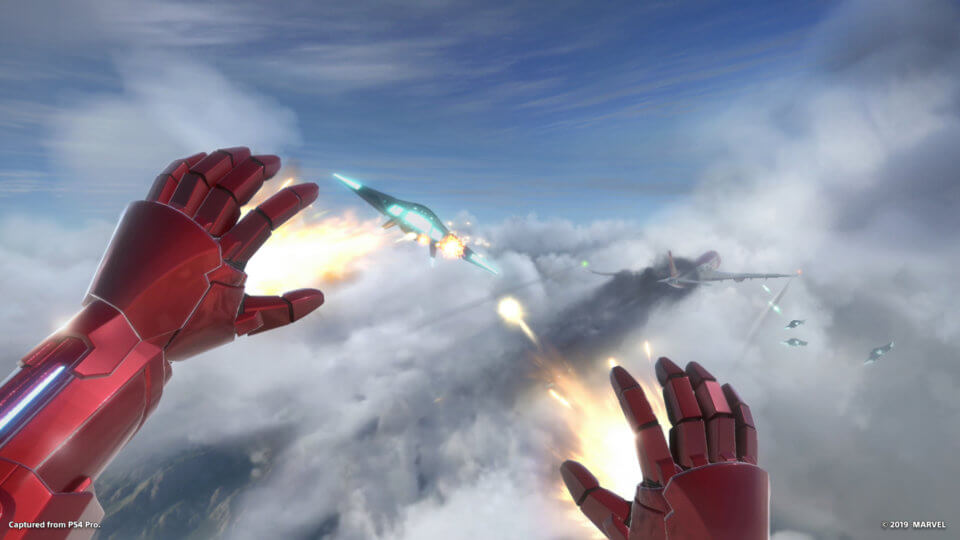 Soaring through the levels feels incredibly satisfying, as does the combat. It’s just a shame many of the game’s missions consist of the same core structure and enemies. There is some variety when it comes to enemy types, with some requiring certain attack strategies to effectively take them down, but you’ll be fighting the same main group of robotic enemies over and over for the most of the whole game. In what is already only a 7 hour experience, I would have loved to see some more variation to the types of main missions we’d get to experience as Iron Man so that the moment to moment objectives were as satisfying as just flying throughout the environments.

In true VR fashion, I did occasionally have issues where I was unable to interact with items or key objectives that I was needed to smoothly. With my hands phasing straight through the objective, not registering I was trying to interact and leading to an awkward backwards and forwards attempt to progress. It’s not just an issue with this game, but it seems to be an issue that VR games are still trying to iron out in general.

Many of the game’s low points and issues occur within the ‘Tony Stark’ sections of the story. It’s clear more development effort went into making the Iron Man sections feel great (which is quite understandable) but often left the Tony portions of the game feeling clunky by comparison and used primarily for story exposition before jumping back into the iconic iron suit to blast away at the next mission. 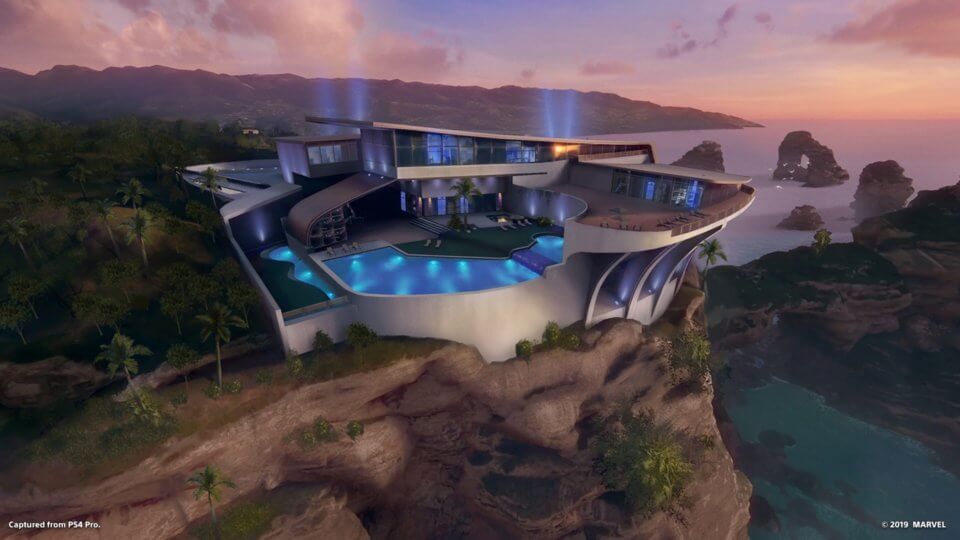 But the biggest, and most noticeable problem with the games are it’s frequent and lengthy loading screens. This is hopefully something that can be addressed by the Camoflaj team in a future update, because in a game that is otherwise super immersive, you’re frequently ripped out of the experience by loading screens. I get it, games have been trying to cleverly hide loading sequences for a long time, and sometimes loading screens between areas or missions are required. But in VR it seems the wait is far more noticeable due to the inability to do anything else while the game slowly tells you via an on-screen percentage meter the next stage is coming. Loading screens in other games were the times I’d use to check notifications on my phone or grab a drink to make use of the time. Here in VR you don’t have that option at all, and when the load screens or frequent, I would have loved something fun to do during the loading sequences to kill the time.

As you progress through the game’s missions you’ll earn yourself research points which when spent allow you to upgrade weapons and add new features to your Iron Man suit. Different combinations of these weapons can quickly change your playstyle when playing as Iron Man and some weapons I unlocked later in my playthrough did make it easier to return to earlier missions and replay them to earn a higher ranking score at the end of the mission. There in’t much incentive to do so but if you are someone with a competitive nature, you’ll likely get more replayability out of the game than someone that just wants to play through the story once and zoom around like their favourite Marvel superhero.

Marvel’s Iron Man VR delivers on the main thing I love VR games for. Immersion. The game is incredibly immersive and let’s you feel what it would be like to live as a superhero zooming through the city. It truly let’s you feel what it would be like to be Iron Man, so in that regard the game is a resounding success. Plenty of video games these days have you playing as superheroes, but never until now have I felt like THE superhero. Even with a number of flaws and repetitive elements, it’s still a must play for anyone with a PSVR headset and an interest in superhero stories.

A PSVR review code was provided by the publisher for the purpose of this review.