Sony’s first party studio’s really are in a league of their own when it comes to providing single player, narrative driven experiences that are backed by standout character performances and use cutting edge technology to deliver gameplay that grabs you tight and keeps you addicted long after the credits have rolled. God Of War, the latest entry from Santa Monica Studios is no different and is one of the best games I’ve played within the past few years.

The overarching main plot of God of War is revealed within it’s opening scene and while there are hurdles to the get there along the way, the main narrative stays true to achieving the goal set out in first few minutes. Spreading the ashes of Kratos’ wife, Atreus’ mother from the highest peak in the lands. Right off the bat the game shows you it’s going to be an emotion packed ride featuring a very changed Kratos. 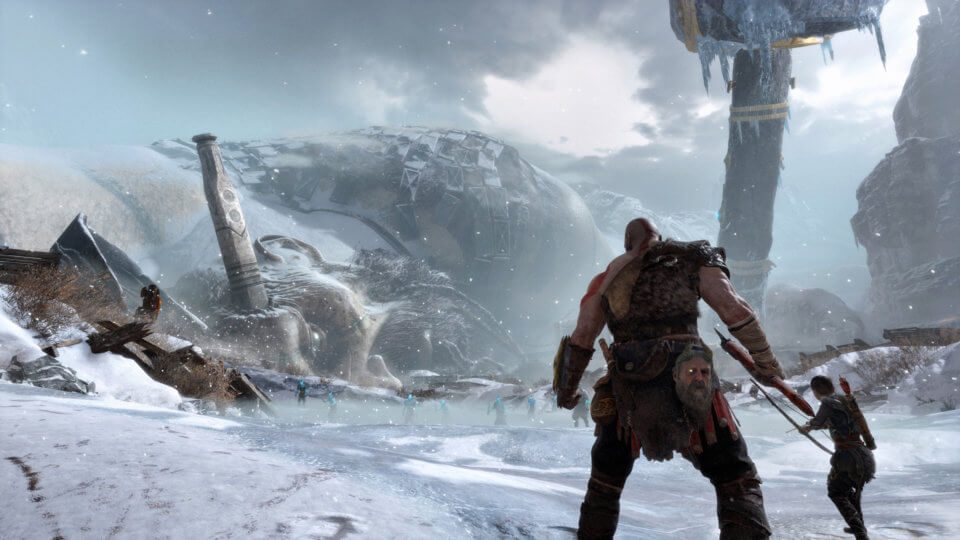 Although this game sort of acts as a soft reboot set in a new location this is still the same Kratos we’ve spent the previous 7 games with. The game is very welcoming for new players to the God Of War series but there are a number of moments throughout the story that will have additional meaning or impact if you had played the earlier entries in the series.

Where the previous games had their historical roots in Greek mythology this game has us playing as an older more emotionally varied Kratos. It’s clear right off the bat that this is a changed Kratos. His emotional compass is quite varied in this game and no longer just points to rage at all times. He’s gone through great effort to distance himself from the past. Moving to a far away land, living quite isolated, doing his best to live as a mortal man would and never mentioning his god status to anyone. Not even his new son Atreus. 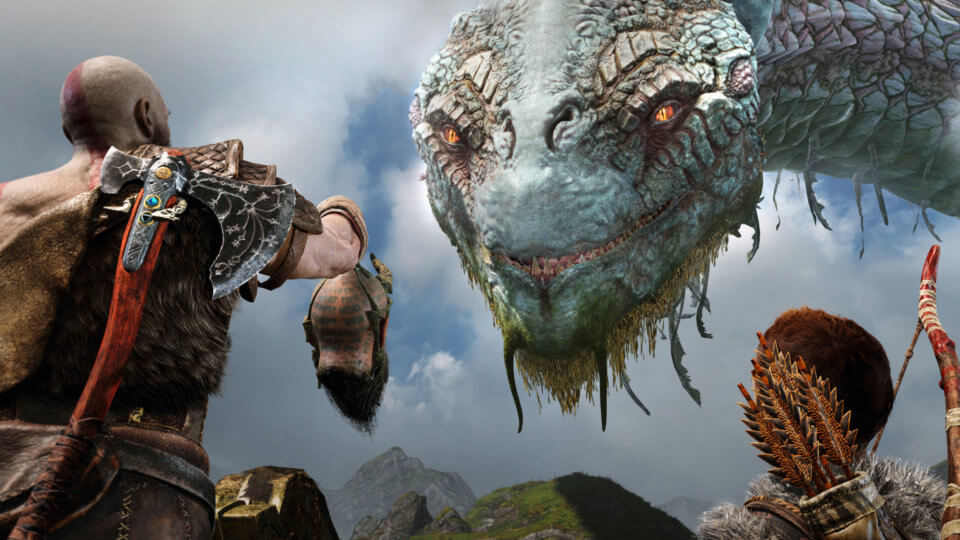 This God Of War game also managed to do something none of the other games truly nailed for me. It made me care about and empathise with the great cast of characters. While previous games were enjoyable, I never felt an attachment to it’s cast but played through the enjoyable hack n slash gameplay to experience and entertaining fantasy story about the Greek gods. But here we get the best of both worlds. God Of War contains a brilliantly crafted and well written story filled with a lovable core cast of characters that despite being gods feel and act like real people, each with their own strengths, weaknesses and history in this massive world. It’s clear the more you play just how much research the Santa Monica team did on Norse mythology. The lore notes that Atreus writes down in the codex notebook as you progress provide great insight into each of the games locations, lore, creatures, battle tips and history and are well worth the read. I often opened up the codex to read new entries as soon as they were added just to find out more about this incredible world the team at Santa Monica Studios had crafted. 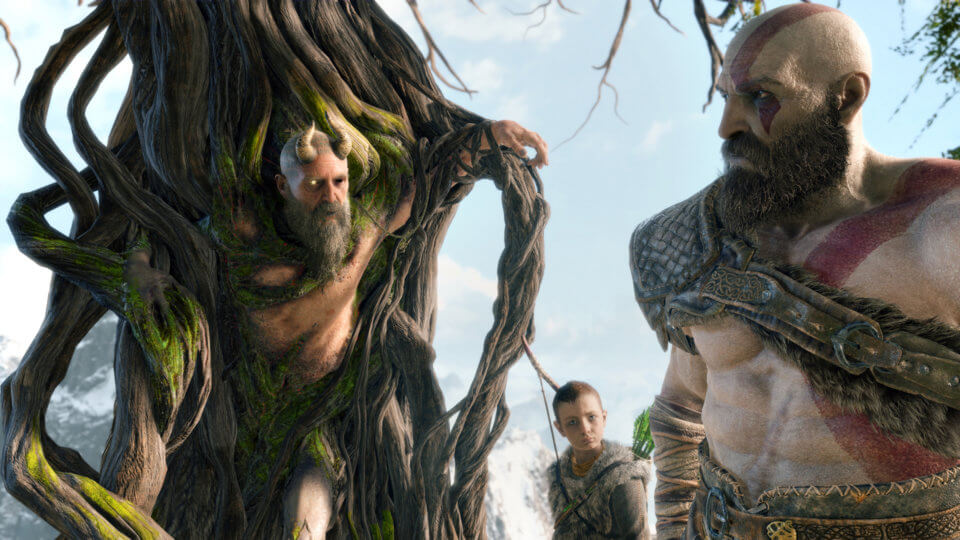 Much in the same way I always find myself digging into history articles and books after playing a new Assassin’s Creed title, God Of War has got me doing the same. I already had a surface level interest in Norse mythology and my knowledge was mainly sourced from other Nordic based pieces of entertainment, but after completing the game I’ve found myself diving head first into as much Nordic information I can get my hands on due to how well the team managed to fill this world with interesting pieces of lore. Putting their own spin on many of the Norse gods and key figures while still keeping true to much of the known history of the mythology. It’s done in a very clever and quite a restrained way. You aren’t constantly barraged with Norse fan-service to the point where you’ll be seeing the iconic figures such as Thor, Heimdall, Loki and others jammed into the story like I thought may be the case when first seeing this game. In fact many of the gods you’d expect to be here aren’t physically seen at all, but by engaging in conversation with other characters and reading the lore entries you’ll see they’re definitely in this world and have had a very big impact on the current state of the Nordic universe the studio has created here.

Throughout the core narrative of God Of War you’ll be travelling to the varied famous realms often spoken of in Norse mythology and along your journey unlock new abilities that allow you to access secret area’s and new parts of the world that were blocked off upon first visiting. There were a number of times while playing where I could see a treasure chest but couldn’t get to it because of a blockage in the path. This clever Metroidvania style system allows the player to find new side paths, collectables and things to do in area’s crossed many times throughout the campaign even after finishing the game.

Finishing the main narrative really is only the beginning of what you can experience in this large landscape. After completing the main quests there are still enough side quests, collectables to be found, new boss battles and area’s to explore that you’ll spend another 15-20 hours (or possibly less depending on how many you completed before rolling the credits) with Kratos and Atreus completing it all. And if you’re a trophy hunter, God Of War has a fantastic trophy list and a very achievable platinum trophy that is obtained naturally if you fully complete the collectables in game. There’s no silly ‘beat it on the hardest difficulty’ or ‘beat it in some ridiculous time’ trophy.

If you haven’t picked the game up and started playing yet, I recommend doing so going in as blind as possible story wise. Don’t go reading about the game’s narrative or included characters online as it will spoil some of the game’s WOW moments. And there’s plenty of them. I lost count of the amount of times i ended up screaming “WHAT!” at the screen before staring open mouthed for the rest of the scene. This game has plenty of things you won’t see coming and they are usually tied to pivotal plot moments. So don’t spoil yourself, these moments are incredible and should be enjoyed to their fullest.

The game itself looks absolutely fantastic. The world is packed full of life and bursting with vibrant colours. Those playing on a PS4 Pro have some additional options to tweak the experience how they see fit. There is performance mode, which allows you to play the game at an increased frame rate or resolution mode which locks the game at 30fps but renders the game with 4k assets. The game also looks great on a standard PS4 so don’t worry if you don’t own a Pro. God Of War is enhanced with HDR as well, which is enabled from the game’s menu and remember if you have a standard PS4 HDR is still an option you can take advantage of. The only requirement being a HDR capable TV.

One area where God Of War has truly excelled are in it’s character models. They are packed full of detail and the various materials that make up their clothing look realistic of course but the stand out for me was that the faces, especially the mouth’s looked real. Although the characters and environments looked great in last years Horizon: Zero Dawn I kept noticing the mouth’s didn’t look quite right during dialogue sequences, the teeth often looked too large for the mouth. That wasn’t a problem here. The faces, motion capture and especially the performances from Christopher Judge(Kratos) and Sunny Suljic (Atreus) were spot on and grounded the whole experience. 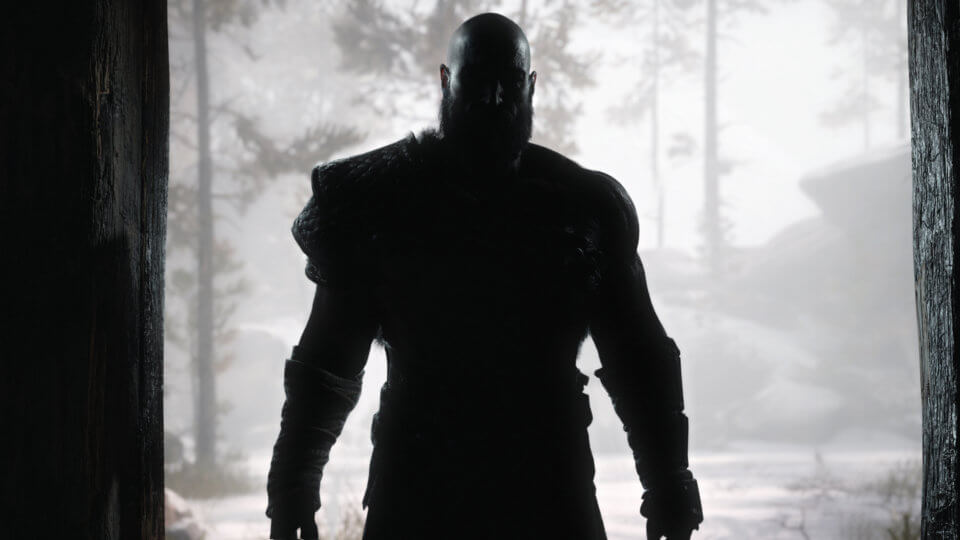 If you own a PS4 and are a fan of narrative driven single player experiences God Of War is an absolute must play title. It’s action packed main narrative and extensive side quests will keep you addicted for around 40 hours. The highly developed world and characters backed by incredible writing cements the team at Sony Santa Monica as one of Sony’s top first party studio’s. This game could easily be the best first party game released this generation. It’s likely pretty far away but I can not wait to see what they have in store for us next.