Little Hope is the second part of Supermassive Games’ Dark Pictures Anthology that kicked off last year with Man of Medan. And much like Man of Medan, Little Hope is a choice driven horror game that twists and turns based on your decisions and character relationships, leading you to one of the game’s multiple endings. This game has implemented a lot of player feedback given post Man of Medan but does still run into some technical and narrative issues. 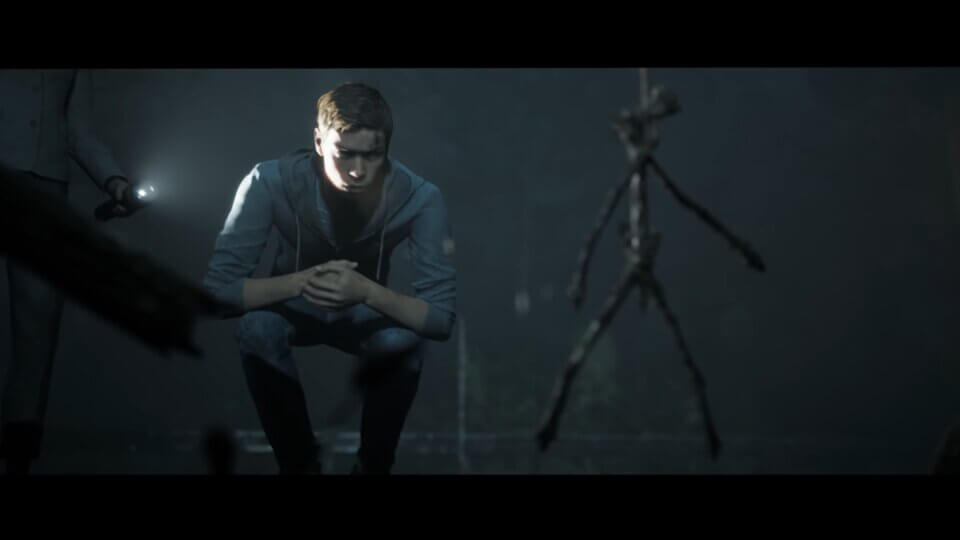 Following the game’s tragic cold opening, you’re introduced to the playable cast of this adventure. The story follows 4 college students and their professor trying to reach help after surviving a bus crash. Their search leads them to the town of Little Hope, and it’s clear right off the bat the things are quite ‘off’ in this town. The area is surrounded by a mysterious teleporting fog, and people within that are even more mysterious. You’ll swap back and forth between each of the 5 playable characters as you try to uncover the secrets of Little Hope and it’s troubled past.

If you played the first piece of the anthology you’ll be familiar with the series’ Curator. He’s back, and much like the first game, he’s one of my favourite parts of the series. Much like the Crypt Keeper from the Tales from the Crypt Keeper horror anthologies, the Curator provides ongoing commentary on the story you’ve seen and your actions as you play through the game. This also provides brief breaks between the game’s chapters as you’re whisked back to the Curator’s home to debrief on what has just played out and prepare you for the next step in the story. 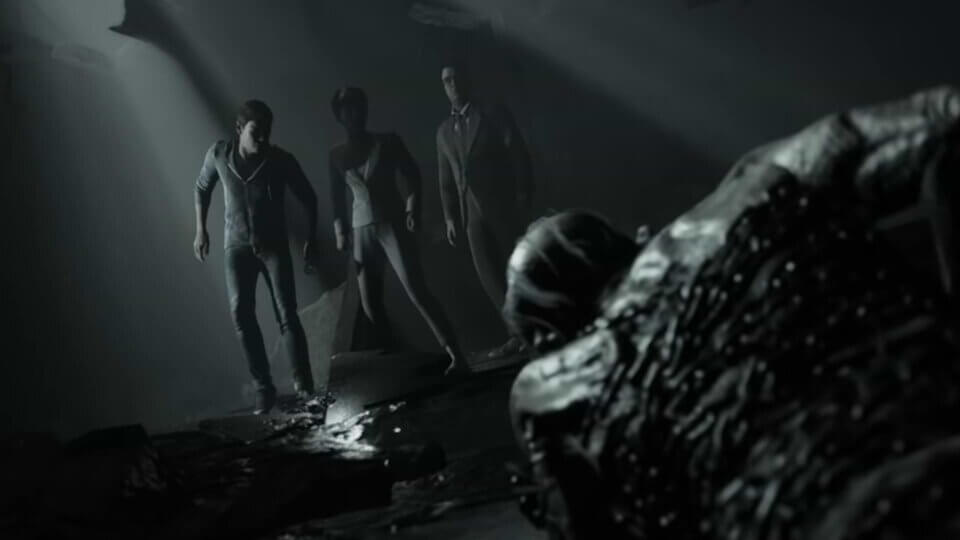 SuperMassive’s games have become known in recent years for being all about choices and repercussions. Dialogue choices affect your relationships between each of the characters and each dialogue choice comes with its own emotive undertone, such as sarcastic, annoyed, compassionate etc. These let you know the context of what the choice will be so that you can answer questions and make choices that reflect your chosen attitude of each of the players in the group and the way you want them to be portrayed. These choices, and the relationships formed can have a big impact in the way your game will play out, which scenes will be presented and ultimately even which characters may be alive at the time the end credits roll. Much like with Man of Medan, I loved that some choices made early in the game, or in completely separate scenes can have massive impacts much later on in the overall story too.

Little Hope is very much designed to be played multiple times. It’s story will take you around 5 hours to complete a single playthrough but you’re very much encouraged to jump back in, make different decisions to see how differently scenes can play out and witness the game’s different endings. 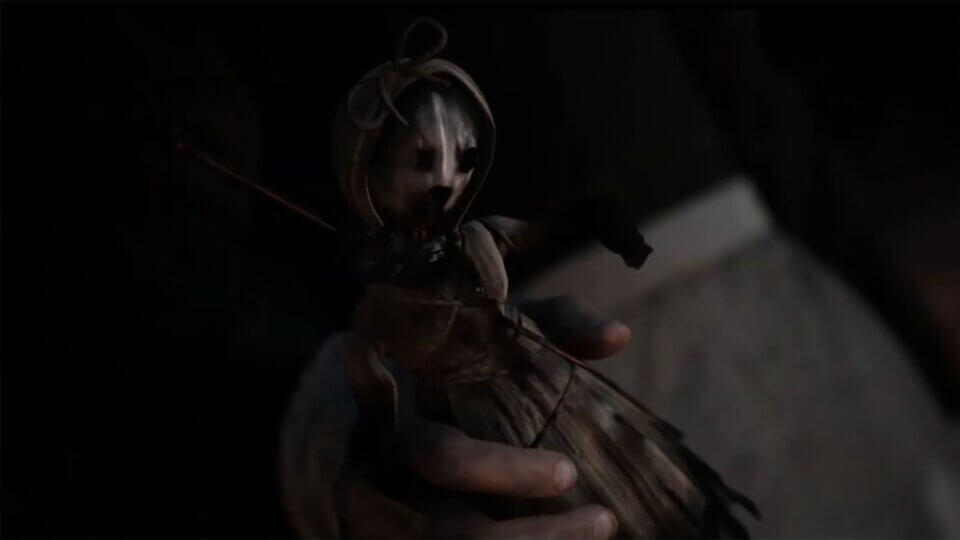 Little Hope has a local multiplayer mode that allows you to have numerous players take the role of a single character, in a ‘pass the controller’ type scenario allowing you to have a fun interactive horror night with friends. You also have the ability to play the game online with others also where you can play simultaneously with another player, with each person playing as different characters and each playing from their character’s own perspective in a drop-in drop-out style of play. Little Hope also has a downloadable “Curator’s Cut” that allows you to play through the game as the alternate perspective that would have been experienced by the ‘player 2’ character if you want to also experience that perspective on your own too. 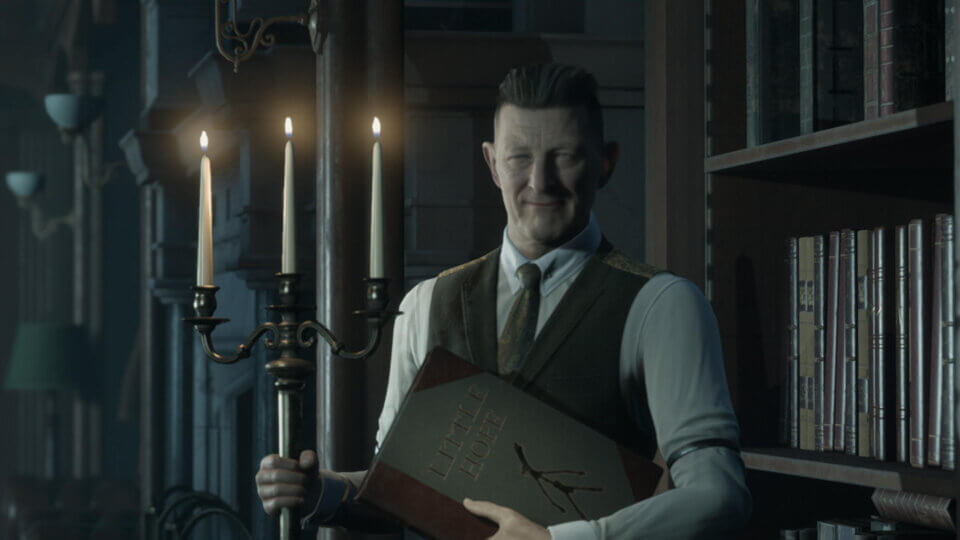 Overall I had a really fun time with Little Hope, the character performances are great, the game itself looks fantastic. It’s a further showcase of SuperMassive’s tech and how well they’re able to render environments and character models in realistic ways and I liked the game’s array of collectibles and story variation to extend replayability. Though it’s not without some flaws. The story itself after the initial opening scene is a bit of a slow burn, and I also didn’t find it able to pull off the same constantly creepy vibe that Man of Medan did, possibly because it’s set it a much more open space and not locked inside a haunted ship. I also had numerous instances of framerate drops, lip synching and audio issues playing out of time. Man of Medan also had some of these problems, but I must say the load times and frequency of these issues appeared less here in Little Hope than they did in the first part of the anthology so it seems like it’s a problem that’s being worked on, but not quite eradicated yet. 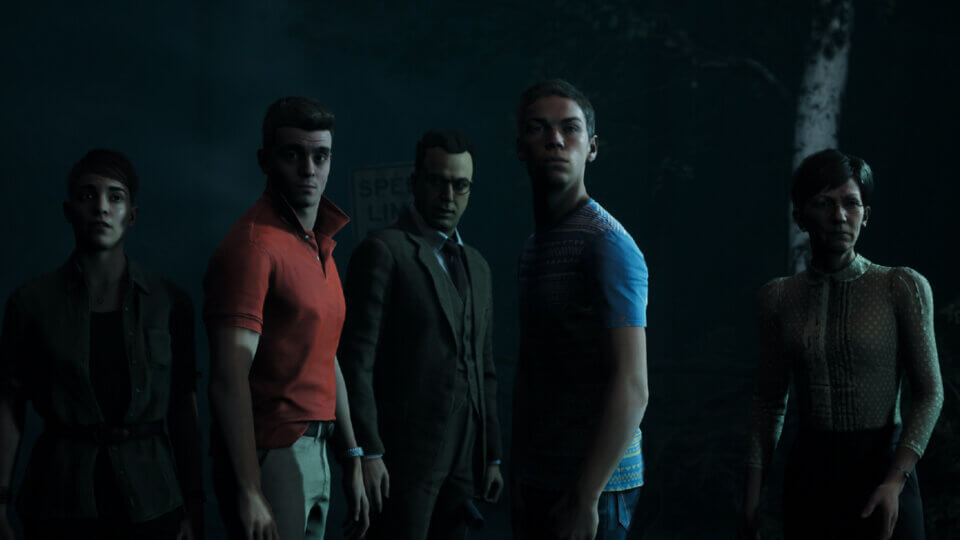 I love horror stories, and I love anthologies so I’m not surprised I’m a big fan of the Dark Pictures Anthology. Little Hope is another solid entry that at it’s core is all about player choice. SuperMassive seem to have big plans for the future of the series, which they’ve been public about, and even with the small tease of the next entry coming in 2021, I’m certainly excited to see how the series continues to grow and where the Curator will take us next.