7 years on from the release of Borderlands 2, and after a lot of cries from the fans asking when it was coming, Gearbox and 2K have finally unleashed Borderlands 3 so that everyone can jump back in and get their dose of mayhem fueled looter-shooter action. While it doesn’t attempt to change up the gameplay formula the series is known for too much, Borderlands 3 offers up a fun and addictive experience that is enjoyable whether you choose to adventure alone or with friends. 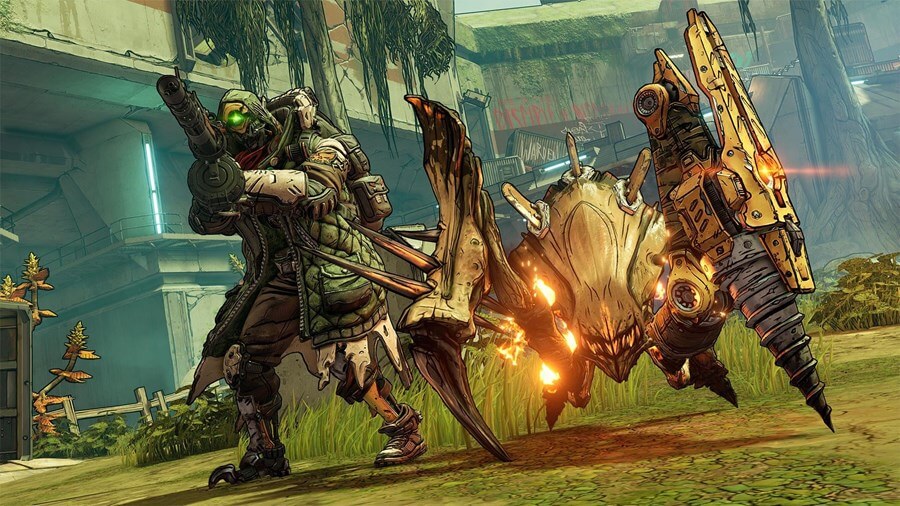 Borderlands 3 picks up 5 years after the events of Borderlands 2 and kicks off by introducing 4 new Vault Hunters, one of which you get to select as your playable character for your adventure. There’s Amara the Siren, Moze the Gunner, Zane the Operative and the choice I went with for my main playthrough, FL4K the Beastmaster. Borderlands 3 has a massive focus on customisation, and when it comes to speccing out your character, there’s an almost endless amount of options to do so, allowing you to create a character that best suits your play-style. Each Hunter now features 3 active skills (only 1 of which can be enabled at a time) instead of the single one the previous entries had. This along with 3 separate skill trees you can spend upgrade points on will allow you to fine tune your Hunter and their abilities every time you level up.

The customisation doesn’t stop there though. Borderlands 3 also allows you to equip a number of different outfits, heads and skins onto your characters, each of which can have their colour tweaked so you can go design crazy if you wish. This fine level of customisation means that even if you party up with another friend who is also playing the same Hunter class as you, they can potentially have a whole different range of abilities and look completely different from your character. 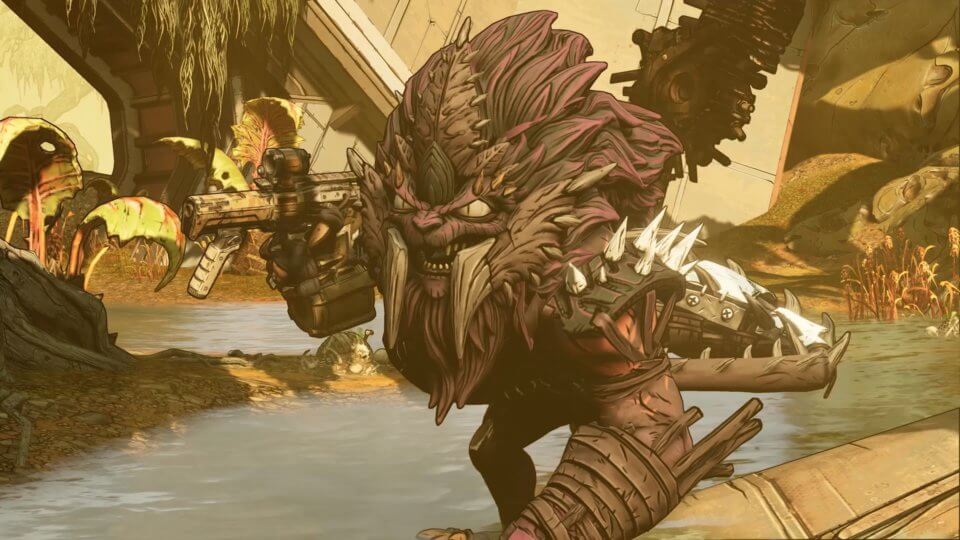 Once you’ve selected your Hunter, you’re quickly recruited into the Crimson Raiders, a resistance group of soldiers lead by Lilith. You’re tasked with investigating and stopping the plans of a cult known as the Children of the Vault, lead by twin siblings ‘The Calypso Twins’ Tyreen and Troy who’s characters are satirical takes on the modern day game streamer, offering up that layer of comedy fans have come to enjoy from a Borderlands story.

For those unfamiliar with Borderlands lore, the universe of the game features a number of secret areas filled with valuable treasure and technology known as Vaults. It has long been the objective of Vault Hunters to track down these vaults and ideally keep the contents out of the hands of the enemies. But when intelligence reveals that the Calypso Twins possess an ancient Vault Map, pin pointing Vaults located all across the galaxy, it takes us off the familiar location of Pandora to venture across numerous new planets in order to prevent the twins obtaining the power of these vaults.

Having the ability to travel to different planets was one of the things I enjoyed most about Borderlands 3. Each location offers up it’s own unique biomes and creatures that will do everything they can to beat you into a pulp, they are also visually distinct and interesting. And by having you hop to new planets or to new sections of old ones every few hours during the campaign, it avoids the environments becoming too familiar and stale, something I found occurred in the base game of the previous entries in the franchise before all the additional DLC’s came out that breathed new life into the game again. 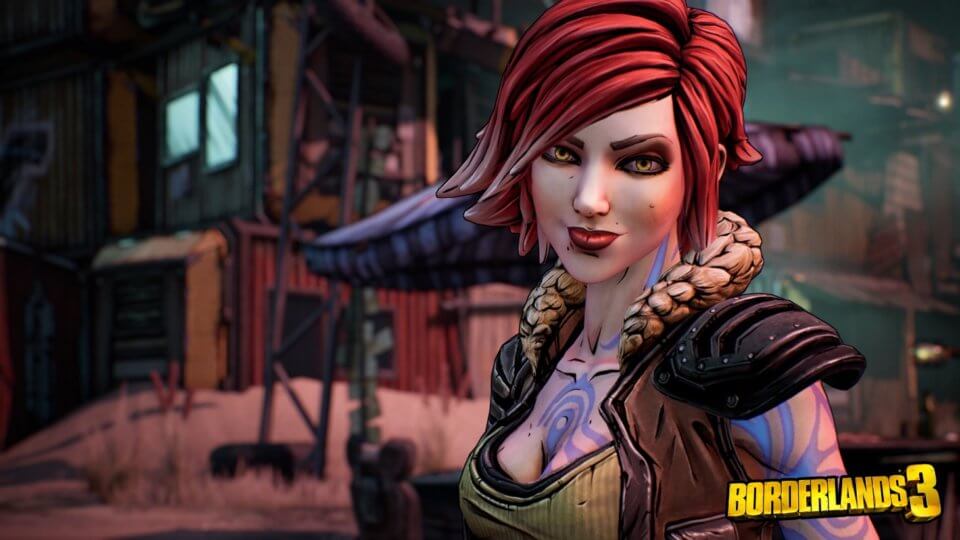 The mission structure of Borderlands 3 will be very familiar to those that have played any of the previous games, as this aspect of the game has remained pretty much unchanged. You’ll receive an objective from an NPC, head off to the mission point on the map with the task of retrieving an item, clearing out a camp of enemies or locating a specific person, who often needs to be rescued from a bunch of enemies or needs the enemies cleared out first before you can reach them. Upon completing them you’ll earn new weapons and gear and will constantly be gaining experience points which allow your player to level up and earn new abilities. Although most of the missions can be boiled down to similar key objectives, Borderlands 3 for the most part avoids becoming too repetitive by incorporating interesting story moments and character lore throughout the missions. This along with the constant search for better weapons results in a fun and satisfying gameplay loop.

I also found the side missions in Borderlands 3 to be surprisingly interesting. Unlike the majority I remember from the original Borderlands game. I actually enjoyed some of the sub mission arcs more than the main quests at times due to them involving more unique objectives and quirky side characters.

Best of all, this fun adventure doesn’t need to be enjoyed just on your own. You’re able to join up with up to 3 other players to adventure through the game cooperatively. If you do choose to play this way, the game offers 2 different co-op modes to choose from. There’s co-operation mode that scales the difficulty of the enemies based on each player’s level and where all the loot dropped will be specifically for you, with the other players getting their own generated rewards. And then there’s the co-opetition mode where the difficulty doesn’t balance and the one pile of loot is presented to all players, meaning you’ll either civilly need to decide who gets what, or just rush on in and steal it all up before the others can get their rewards. Meaning higher level players will often have the advantage in this mode. 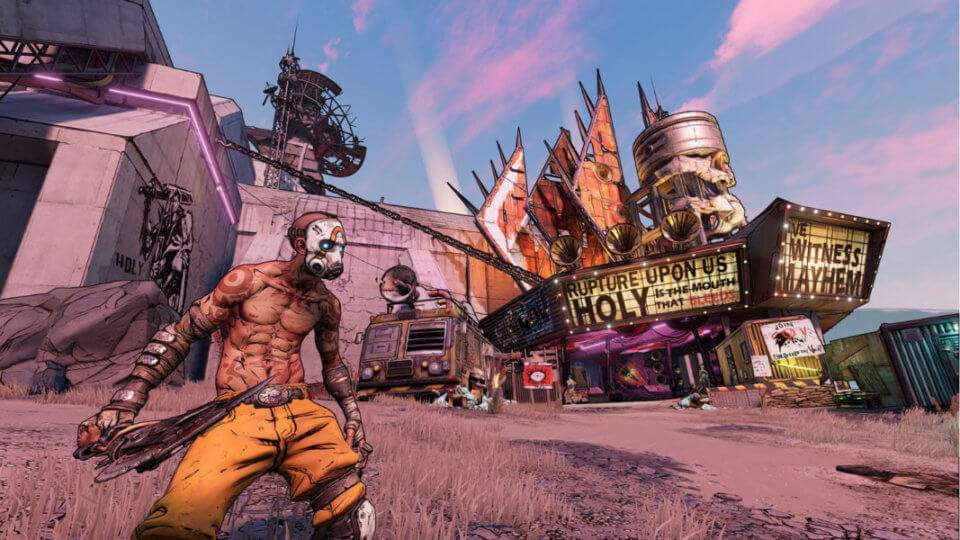 And when it comes to loot, there’s no shortage of loot boxes filled with procedurally generated weapons. You never know what you’re about to pick up, and with them being constructed randomly you’ll come across some insanely interesting weapons throughout your time with the game. Because they’re mish-mashed together based on randomised rules, the opportunities are endless for what you may come across. I had assault riffles that could shoot ‘smart bullets’ that propelled from the gun like a tracer round and would drift towards enemies, shotguns that had grenade launching alternate firing modes, weapons that eject a gas-like slime, a pistol that had a sniper-like scope with zooming abilities among many other frankenstein-like creations. The designs of the weapons were certainly interesting, but best of all, they felt great to use and the sound design of each made firing them incredibly satisfying. I especially liked the pinging of the assault riffle bolts, beefy shotgun blasts, and the zap of the game’s electrified weapons.

As with the previous Borderlands entries, one of the things I got the most enjoyment out of was taking down the game’s tough and crazily designed bosses. The bosses in Borderlands 3 are pretty exciting affairs and appear at the tail end of many of the missions. They all require the same conditions to be defeated, shoot the hell out of them until their health meter is depleted, but the fun in these battles comes from the methods required to damage them. Watching their attack patterns, learning their weak spots and working through their multiple phases provided a good blend of fun and challenge. There’s nothing like seeing a boss you’ve been chipping away at for an extended period of time explode into a pool of shiny loot upon defeat. 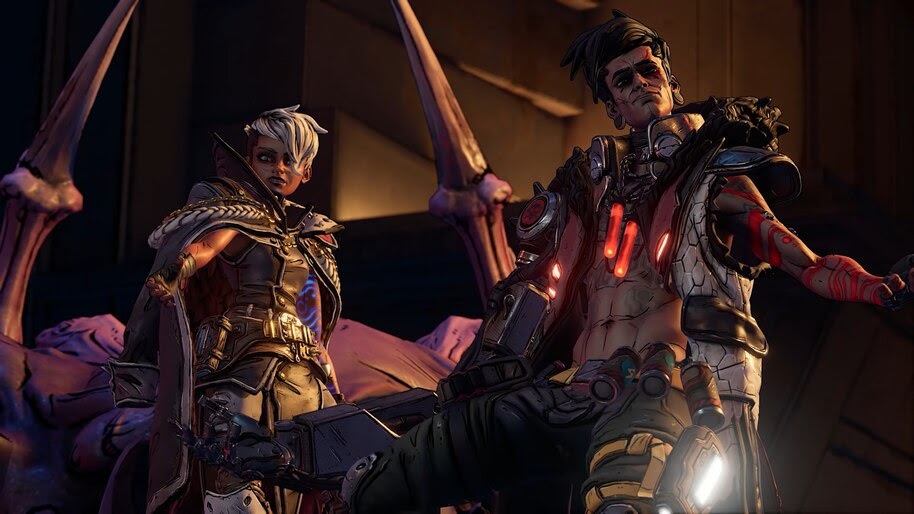 I did unfortunately run into a few instances where the performance of the game would drop. Sometimes it was a minor hiccup when coming out of a cutscene, but other times, primarily in crowded areas with numerous enemies, I experienced more significant and noticeable frame rate drops. I’m sure this will be something Gearbox continues to work on throughout the lifespan of the game thoughand didn’t hinder my experience for too long when they occurred.

One other minor gripe I had with the game was that it didn’t push the boundaries from what we’d experienced in the previous games as much as I thought they would. If you had told me this was just a large scale DLC add-on for Borderlands 2 I would likely believe you. The new guns and planets to explore were much appreciated, but with the main mission structure, quirky and sometimes cringy humour, and core gameplay loop being almost identical to it’s predecessors, I would have loved if Gearbox attempted to push the envelope a little further and offered up some systems that were more diverse than just slight twists on what worked before. But at the end of the day, fans wanted more Borderlands and they certainly got it. 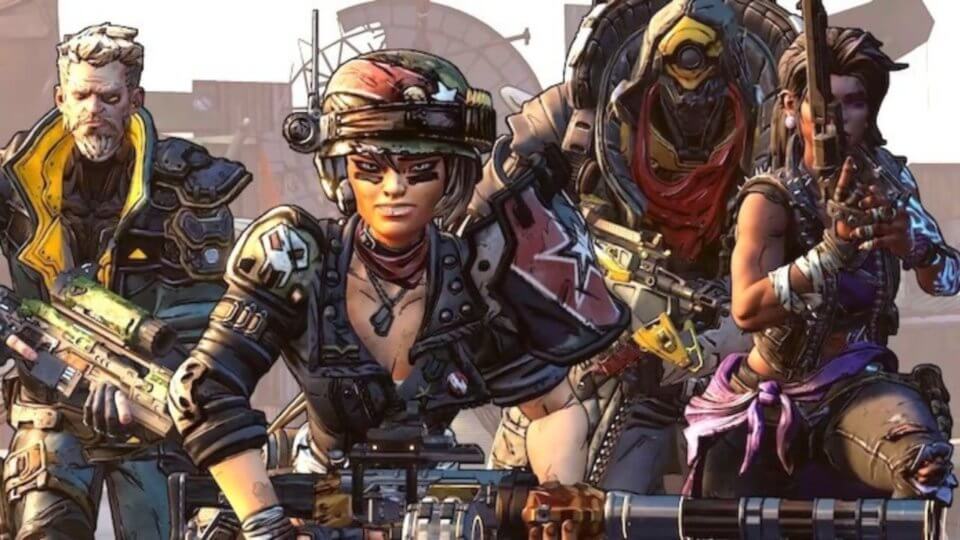 Borderlands 3 is a love letter to fans of the Borderlands franchise. They were very loud for a long time about wanting more, and Gearbox have given them just that, serving up another enjoyable game that will have players adventuring through it’s world, or worlds now for years to come and running into old characters from prior games. The customisation offered will have you constantly tweaking and growing your chosen Hunter and even after completing the main campaign there is a new game+ mode as well as other challenge modes that will truly test your skills. And if that fails to keep you engaged, you can also start over, selecting another Vault Hunter for a very different gameplay experience. While I would have loved to see them push the boundaries of what we know Borderlands to be a little further, there’s no denying the amount of fun to be had here. Although if you weren’t a fan of the other Borderlands games then unfortunately there isn’t a lot here that will change your perception. But if you enjoyed the earlier entries in the series or haven’t tried them at all, then there’s a lot for you to like here.

A PS4 review code was provided by 2K Australia for the purpose of this review.