Back in 2016 we got the first video game based on the popular anime and manga series Attack on Titan, titled Wings of Freedom. Now developer Omega Force have taken the framework they laid in that first game and further refined many of it’s systems while also adding in many new ones to create another solid entry in the franchise with Attack on Titan 2.

The core narrative of Attack on Titan 2 follows the events of the first 2 seasons of the anime. And it’s quite a faithful way to experience the story, whether you’re a newcomer to the Attack on Titan universe or not. This game doesn’t pick up from where Wings of Freedom ended, it starts the story over again making it a great point to jump in if you haven’t played the first game despite having a ‘2’ in it’s title.

Make Your Own Mark On The Story

Unlike in the original game where you played through the events of the first season as the series protagonists Eren, Mikasa and others, here in Attack on Titan 2 you will be creating your own custom avatar that is placed on the front line with the others from the 104th cadet squad to live the series’ events from a fresh perspective. The character creator is quite varied when it comes to customisation, allowing you to design the exact character you want (male or female) with hundreds of possible options and tweak-able sliders for just about every body feature.

And your character when equipped with the scouts titan slaying gear looks the part and slots right into the existing universe well. Omega Force have really nailed the look and feel of the Attack on Titan landscape in game, it’s obvious you’re playing a game but you feel like you’re apart of this just as much as the existing familiar cadets are.

Unfortunately one thing that didn’t transfer well from the source material into this game is the sense of fear I should experience when inhabiting this world. Watching the anime, you get a real sense that many of the characters live in near constant fear. I mean wouldn’t you if you could be picked up and eaten at any time by a massive naked titan? The Titans here definitely look terrifying, there are many that are downright disturbing to look at but once you get into the swing of things and learn the games’ systems they get easier and easier to take down. Almost to the point where I felt no danger approaching them head on by the end. 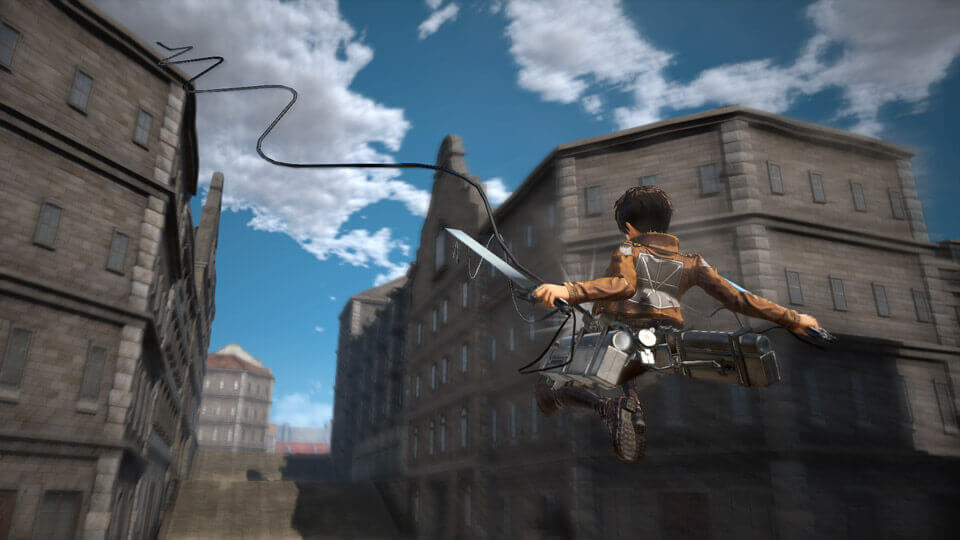 Day In The Life Of A Titan Killer

The fast paced titan elimination missions are broken up with ‘Daily Life’ time. During this time you’re able to free roam the village, town, landscape or camp the story currently has you set up in and you get to spend some time enjoying a calm break from the titans and talk to your fellow cadets to develop your friendships with each of the many characters in this game. It’s during this time that you will visit the merchant to buy new gear, replenish existing gear or reinforce what you have by using the collected loot extracted from the titans on the battlefield to make your gear pack more of a punch.

Some of the main missions can be quite lengthy and I found the daily life portion of the game to be a much needed break at times from the repetitive onslaught of the titans, repetitive in the sense that the wave of titans in some missions seems like it will never end and that the mission types and structure by the end game are almost the same thing over and over. Which I believe is intentional seeing as the grind for better gear is one of the game’s systems. It’s just there are moments it feels more repetitive than rewarding. 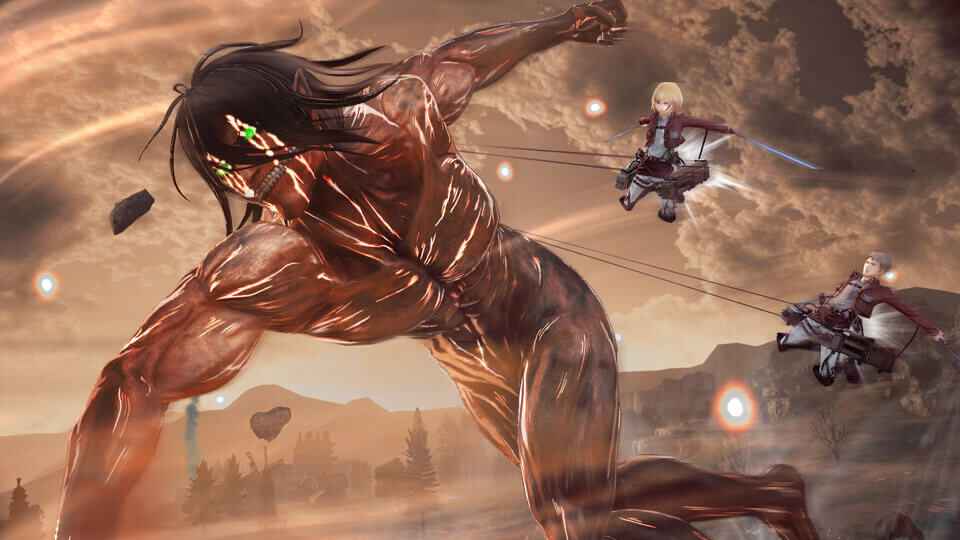 All About The Friendships

One thing I wasn’t a fan of that is a core part of the Daily Life portion of the game was the friendship meter system. When playing any game with a customisable character I like to try and put myself into that character, use them to do what I would do in any certain situation in whatever world I happen to be playing in at the time. With Attack On Titan 2 I often wasn’t able to this because I would be penalised if I picked the dialogue options that I really wanted to say.

Conversing with other cadet members is one of the core ways to increase your friendship meter with that person. Your responses during the dialogue sequence directly impacts the amount the meter increases after the conversation. I found myself purposely selecting the option I knew the person I was talking with would agree with the most to gain the most friendship experience because if I didn’t I’d miss out on the associated battle skills and abilities of that character when it came to jumping back into the missions. 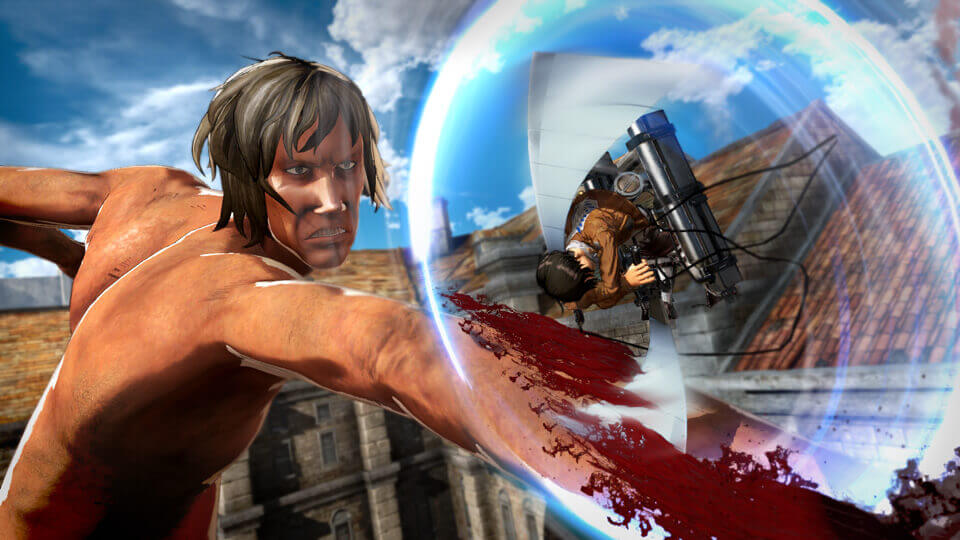 As mentioned above, the moment to moment gameplay between the story cutscenes and daily life battling the titans does follow a very repetitive formula. Luckily this is heavily offset by how fun the game is to play. Zooming through the environment with your Omni-Directional Mobility Gear (ODM Gear), closing in on a Titan and slashing it to bits feels great and quickly becomes second nature once you learn how to best master the controls. I haven’t had this much fun swinging around and manoeuvring an environment since Spider-Man 2 back on the PS2. Omega Force have nailed the movement factor, which is a very important aspect to get right in an Attack on Titan product.

I reviewed Attack on Titan 2 on the Nintendo Switch. It’s great to see these bigger budget titles able to run on the system and be taken on the go. Especially grind-able loot based games. I did notice some frame rate issues at times during the heat of battle if there were many Titans and characters zipping about on screen but it quickly stables back out after a second or two. I have read that there was a slight graphical downgrade implemented on the Switch version but from what I played there is nothing visuals-wise I would complain about especially when the trade off for slight downgrades is portability.

Omega Force have managed to capture the look and feel of the Attack on Titan universe incredibly well here in Attack on Titan 2. Its a great jumping on point for anyone interested in the franchise even those that haven’t experienced the first game. While many of the missions begin to feel quite repetitive by the end, the journey is incredibly fun and traversing through the city slicing the Titans to bits remains satisfying every time you pull it off.

A Nintendo Switch review code was supplied by the publisher for the purpose of this review.