Astral Chain is an action adventure game made by PlatinumGames, known over the recent years for being one of the best developers within the genre when it comes to action packed scenarios and pushing it’s titles in new and unique directions. Their latest game achieves that yet again with it’s varied mission and gameplay types, captivating world and character designs and a new and unique combat system that has you controlling 2 characters at once. Wrap this up in an engaging story, propelled by some well written characters and you have Astral Chain. 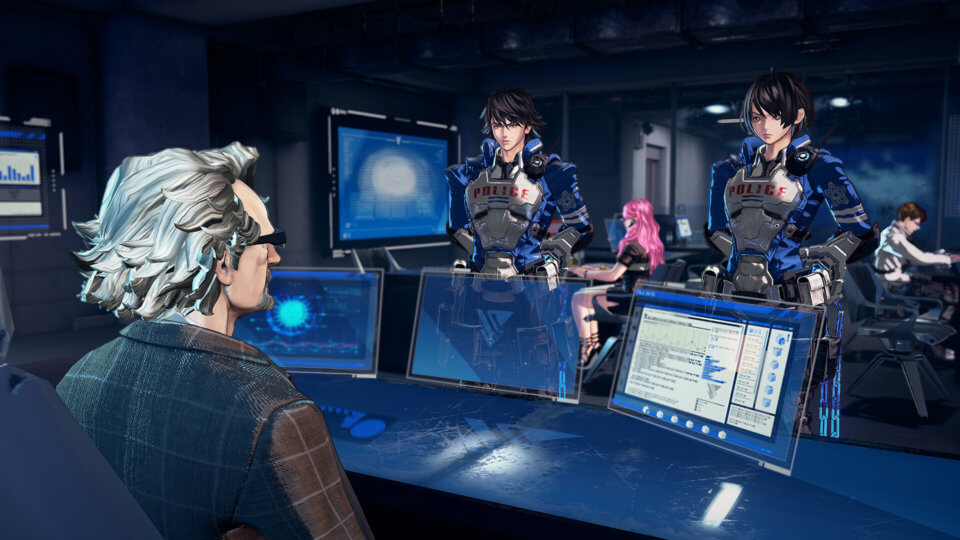 In Astral Chain you play as one of the Howard twins. You get to select whether you want to play as either the male or female twin before you’re given the chance to name them and tweak their appearance in the character creator that gives you the option of various hair and eye types and colours. The other twin will take the name Akira Howard and will play a pivitol role in your story.

The game then wastes no time introducing you the the high intensity action, throwing you onto a weaponised motorcycle that zooms you through the streets and introduces you to the game’s enemies, the Chimeras for the first time.

Along with your other twin, you’ll be recruited as a Cadet in the Neuron Special Task Force, a special division of the police that investigates cases related to the Chimeras. Regular humans aren’t able to see Chimeras, but Neuron members have gained the ability to do so by using captured and artificially tamed Chimeras they call Legions. The members of Neuron work together with the Legions and have the ability to control and bond with them as they are connected together with a tether called the Astral Chain. 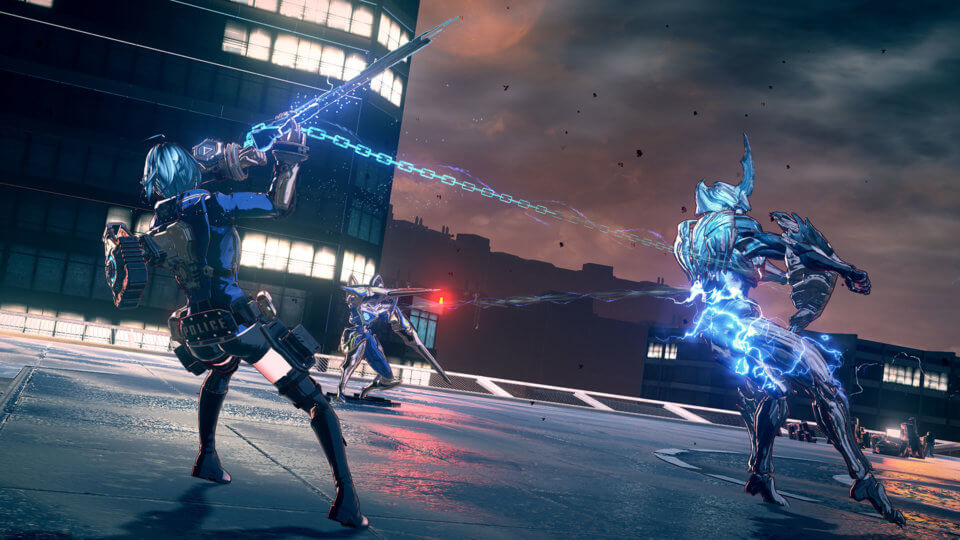 One of the first things you’ll notice after booting up the game is how great it looks. The game’s city areas are detailed, full of life and eye catching thanks to their neon trimmed highlights. Astral Chain carries an anime aesthetic with it’s character designs being done by manga artist Masakazu Katsura. But the anime influence extends far past the designs of the characters. The story and the character dialogue contains many common anime tropes and story-telling techniques that make anime so engaging to watch and they’ve been translated well into a video game narrative here.

The story of Astral Chain is broken up into a number of chapters called Files. Much like police cases, each file has it’s own case, missions and combat encounters that make it up and forwards the overarching plot of Astral Chain. During each File you’ll have to undergo various police activities such as looking for clues by analysing the environment, sourcing information by talking with other civilian NPC’s, using your Legion to listen in on a suspect’s conversations, discovering and following tracks and helping out ‘standard’ police officers with their tasks etc. I liked this aspect of the game as it took some time away from the fast paced combat sequences and reinforced that you are in fact a police officer, not just a character who’s talents are thrown to the side once they have to engage with a new big threat as we see in many games and stories these days.

Astral Chain really comes into it’s own with it’s combat system. We’ve had fast paced, high intensity combat in other games from Platinum in the past but this time around both on and off the battlefield you’ll simultaneously control your player character and your Legion that is tethered to you. While I thought this would initially be a burden, it’s actually handled really cleverly and quickly starts to feel natural. As your character you can run around the battlefield and have the ability to attack enemies using your baton, heavy attack or your blaster, which comes in handy when you need to attack from a distance, but you can also send out your Legion who will attack nearby enemies automatically, but can also be manually maneuvered so you can trap and restrict enemies with the Astral Chain and unleash special attacks using their abilities. 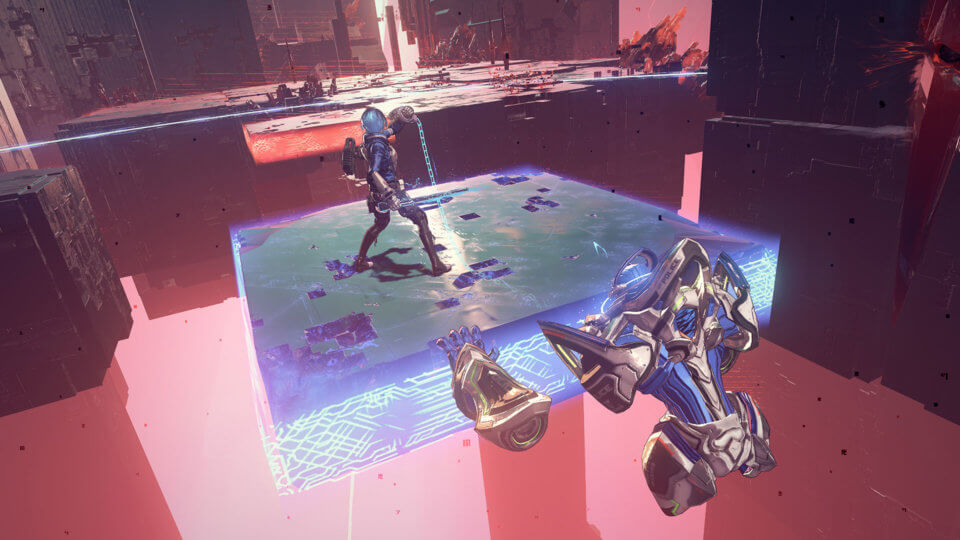 As you complete missions, earn experience and level up, your rank increases. Starting out as a Cadet, you’ll quickly advance to an Officer and beyond. You gain upgrades to your health and combat strength along the way and your IRIS, a special visual tool that allows you to see traces of Chimeras also gains new abilities such as being able to detect various blood and treasure types.

Legions are also able to advance and learn new skills by unlocking them on their skill tree and be equipped with a range of stat buffing abilities. Between that and you progressively gaining access to 5 very different Legions throughout the game, combat never gets boring because you’re always able to change up your combat play-style with something fresh. The ability to freely swap between your collected Legions at any point during battle also allows you to quickly modify your strategy if necessary or unleash creative and devastating attacks by cleverly swapping your Legions in and out during fast paced combos.

Astral Chain also comes with a number of difficulty options offering a large amount of flexibility in how you play. There’s a standard mode, a casual mode that allows easier combat scenarios but doesn’t provide a lettered rank at the end of the missions, a mode called Unchained, that will auto play the combat scenarios so that you can just focus on the story, and upon completing a File, you’ll unlock it’s Ultimate difficulty option if you want to really be challenged. 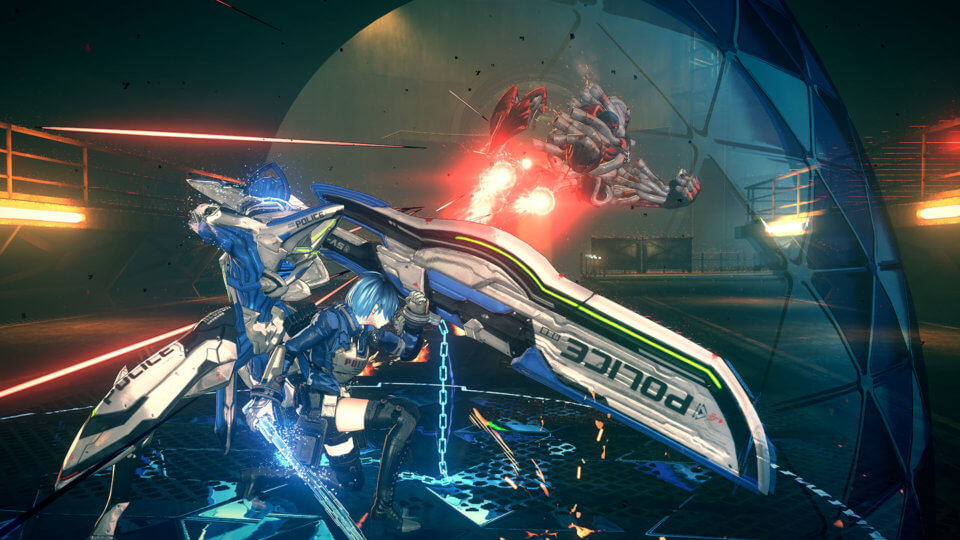 Astral Chain as I’ve mentioned looks fantastic, it’s art style really shines on the Switch whether you decide to play in docked or handheld mode though it appears that it’s vibrant visuals and mostly fluid performance comes at a cost to the Switch’s battery, allowing only around 3 hours of continuous play if playing in handheld mode.

One issue with Astral Chain is that it has some pacing issues where the story of certain Files begin to overstay their welcome a little. Thankfully Astral Chain contains a really appealing story and often hops from one interesting story beat straight into another. Meaning that even when some of the scenarios start getting dull, there’s always something cool right around the corner that is incredibly engaging and gets you excited to keep going all over again.

My only other issue is with the player character. The character you play as is a silent protagonist and while I understand their place in some stories, acting as an empty mold that can be shaped by the player, there are a number of times where the situation gets really emotional and all of the characters in the crew are conversing with one another and all you can do is look and nod or make certain facial expressions. This occurs numerous times throughout the game and limits the interactions with the group from feeling genuine. 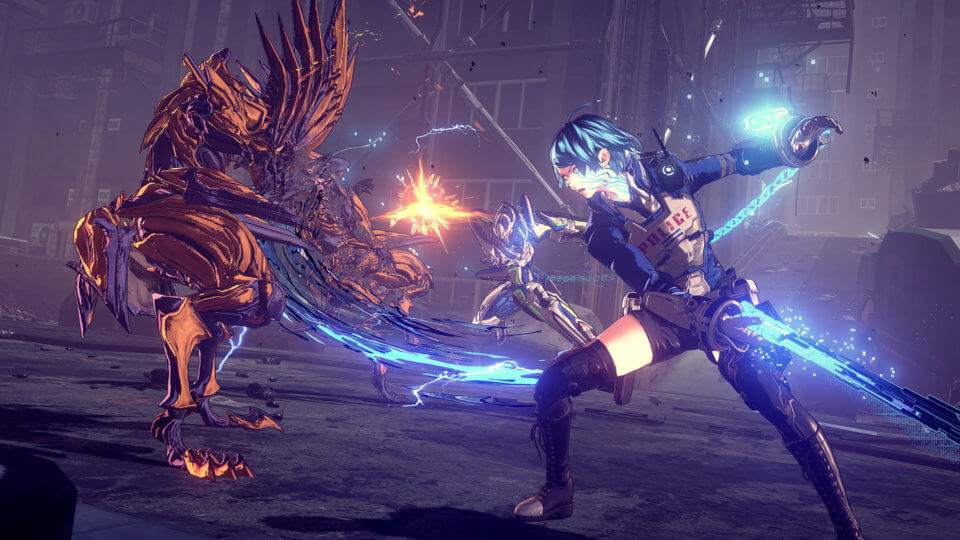 PlatinumGames have shown yet again why they are masters of the action-adventure genre. Astral Chain delivers a fun and engaging story that is enhanced with fast paced combat with a unique tethering mechanic. It’s a game that’s right at home on the Nintendo Switch. If you’re a fan of PlatinumGame’s previous offerings or like games with anime art directions and tropes you’re going to have a lot of fun with Astral Chain.

A Nintendo Switch review code was provided by Nintendo Australia for the purpose of this review.