Remedy Entertainment in recent years have truly cemented themselves as one of the industries most talented developers when it comes to gameplay and storytelling. Their 2019 hit Control was one of my favourite games of that year. And while I had never played it until it came time to review this game, it’s widely considered that their breakout game that really elevated the developer was Alan Wake. Now 11 years after originally releasing as an Xbox exclusive, Alan Wake has received the remaster treatment and made it’s way onto the PlayStation family of consoles for the first time. 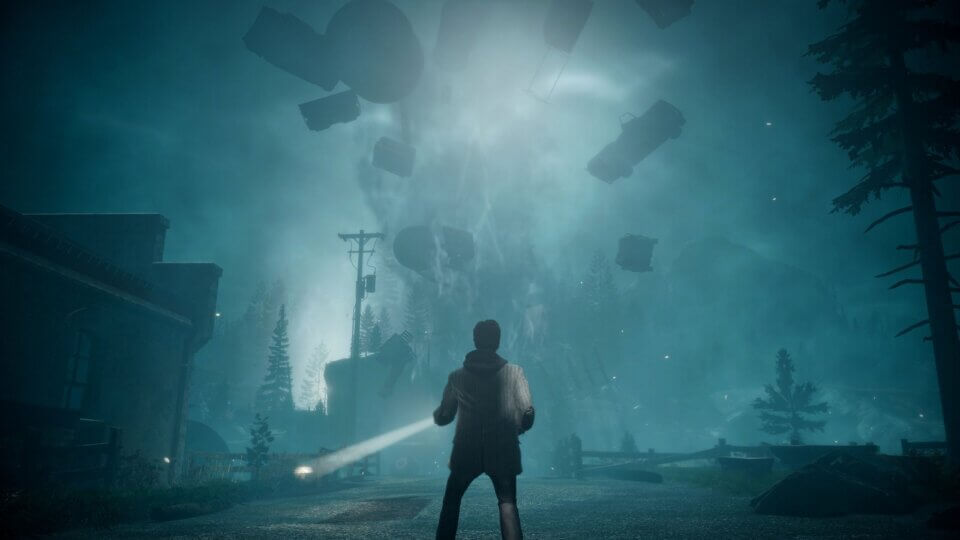 Alan Wake Remastered is a third person action-adventure psychological thriller that follows the titular Alan Wake, a famous writer that has been suffering a 2 year bout with writer’s block. He travels to the mountain town of Bright Falls with his wife Alice for a getaway vacation, and where Alice also believes may spark some inspiration for a future novel.

After Alice mysteriously goes missing from their isolated cabin, Alan finds himself thrust into the middle of a missing person’s investigation with one major twist. One week has time has seemingly been erased from his mind from the time that Alice went missing, and he’s begun finding manuscript pages from a book he doesn’t remember writing. Forcing him to not only try and find his wife, but uncover what has taken place in this 7 day gap in his memory. 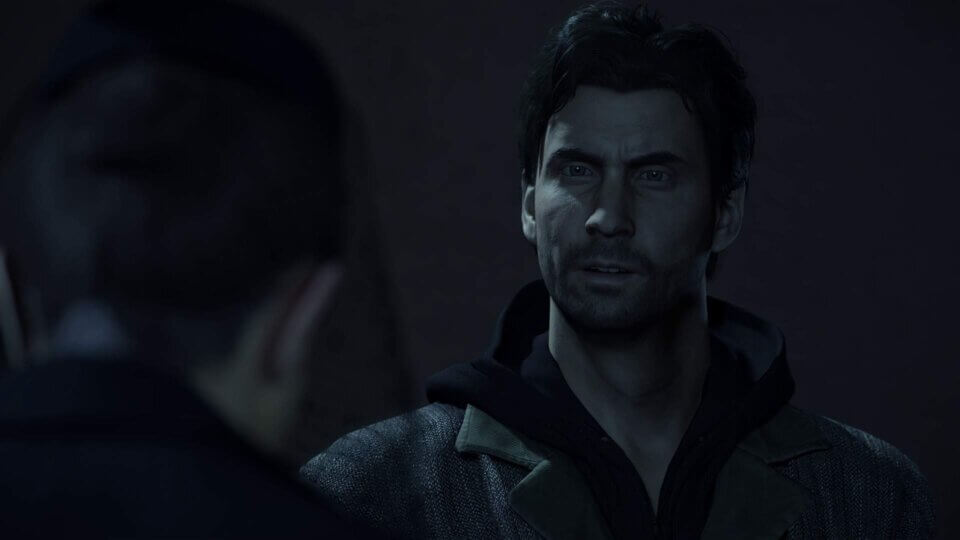 Before long, Alan begins seeing shadowy figures called the ‘Taken’ appearing within the town and in the nearby bush land that are incredibly hostile. These creatures are possessed by a sinister darkness that Alan quickly learns can be weakened by light. And let me tell you, light quickly becomes your best friend in this game. Not only does it provide Alan a place of relative safety, it also weakens the defences of the possessed. Combat within Alan Wake typically consists of you utilising a flashlight in one hand to deplete the ‘shield’ of an enemy, allowing them to then be vulnerable to gunfire. Both items needing to be scavenged and managed throughout your adventure as the flashlight mechanic will deplete your collected batteries and obviously using your various weapons will deplete bullets of their ammo type. Alan Wake never delves all the way into being a scarce, scavenging survival horror game, but there are certainly times I felt it getting close, as many of the game’s themes and environments are incredible unsettling. 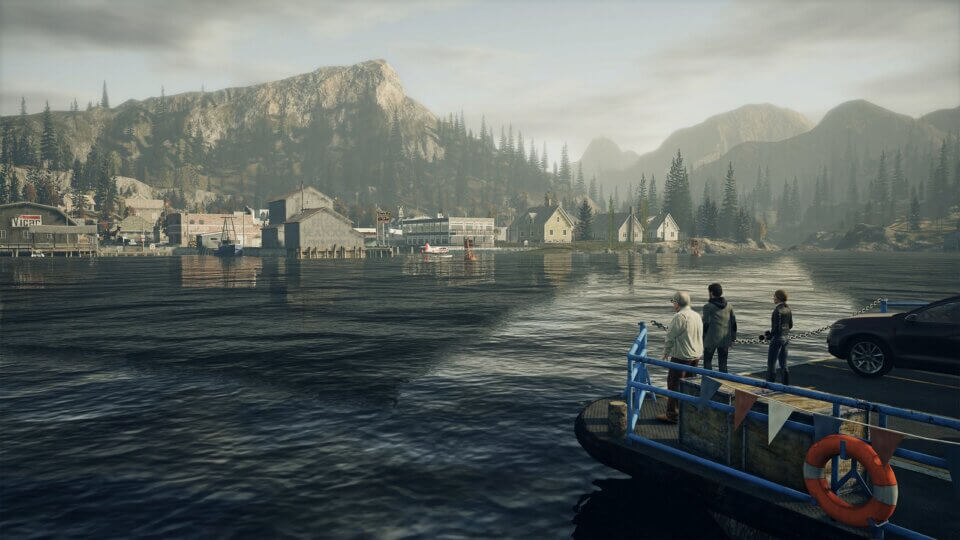 I got the vibe while playing through Control a couple of years ago that the game had to have been inspired by the X-Files and or Twin Peaks. After finally playing through Alan Wake, I must say this game has to be, even more so. Which does make sense as both titles have been confirmed to exist within the same universe now. Alan Wake’s environments are packed full of detail, and so many optional experiences, such as viewable TV shows, radio shows and even environmental things found if you venture off the main path really enhance the overall storytelling and worldbuilding already on offer. You’re rewarded in Alan Wake if you spend time looking around, and it’s with more than just additional weapons and ammo. 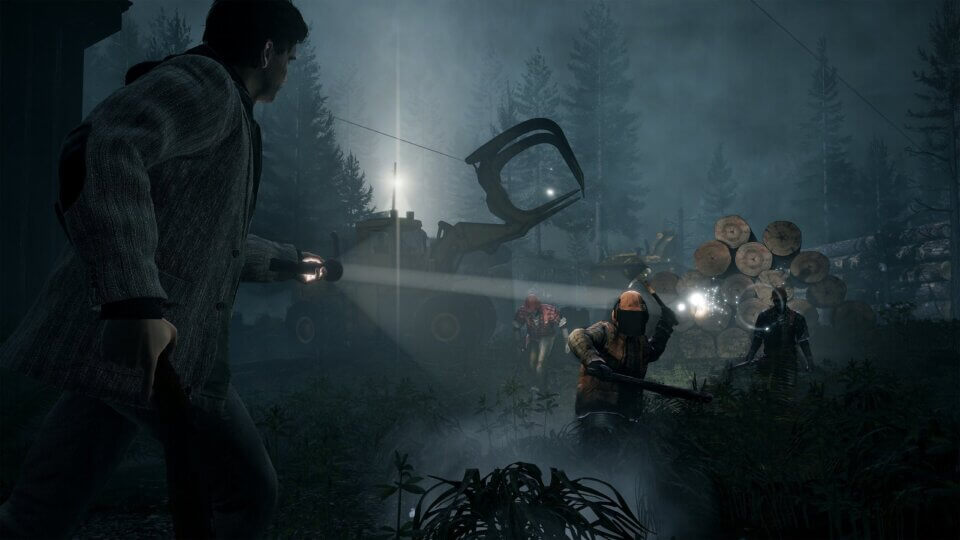 The storytelling is episodic in nature and plays out like you are watching the events play out as a TV show. Roughly every couple of hours, you’ll reach the end of one of the game’s chapters, and much like a weekly TV show, you’ll get a wrap up and recap of events as you progress into the next ‘episode’. I found this to be an exciting and unique mechanic as it’s not something that’s really seen in games, and certainly not something that has been widely copied in the many years since the original release of the game. It also provides a good stopping point for a play session, along with that recap when you return and bookends the chapters of the really well paced and engaging main story.

This remaster provides exactly what it says on the box. It’s the original Alan Wake game, along with it’s 2 dlc expansions, The Signal & The Writer in one package, remastered with brand new 4K visuals. Quickly after jumping in, I had to reset my expectations as this obviously isn’t a ground up remake of the game, it’s at it’s core, the same game that released back in 2010 and does have some elements that feel a bit dated. Alan’s movement and most character animations for the most part are a product of their time and feel dated but are by no means bad, the dodging mechanic which is very important throughout the game also takes some getting used to thanks to it’s choice of controls. Alan Wake Remastered is no doubt the highest fidelity way to play the game, mainly due to it’s 4K rendering but it certainly has me now itching for a full remake made with the same tech that powers Control’s Ultimate Edition as this game would look fantastic with updated character models, animations and ray tracing.

The PS5 version I played for review also takes advantage of the DualSense’s haptic feedback, providing further immersion and also the adaptive triggers that add a resistant pull to he firing of weapons and the powering on of Alan’s flashlight. 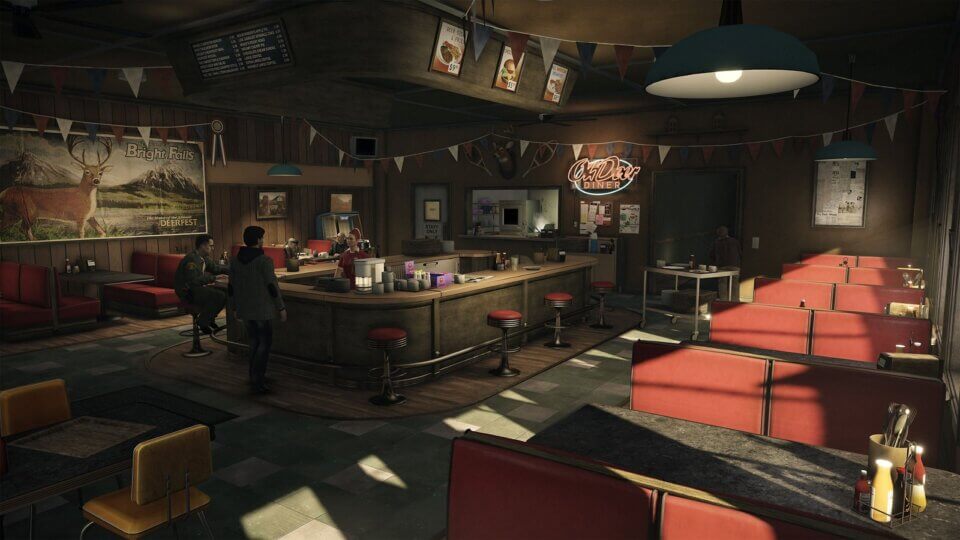 Not playing through Alan Wake had been gnawing away at me for quite some time, primarily because I hadn’t grown up owning an Xbox console at the time of release. But Alan Wake Remastered has not only enhanced the existing game, securing it as the best way to currently enjoy it, it’s also made the game accessible to a wider audience as it’s launching on the PS4 and PS5 for the first time. I’m a fan of well paced stories, filled with twists and turns and Alan Wake ticks all the boxes there, while also gripping you within a well developed yet unsettling world. I for one am hoping the recent rumours of Alan Wake 2 are all true as I can’t wait to experience more from this world and see what the talented folk at Remedy cook up next.