A Silent Voice, also known as Koe no Katachi and also translated as The Shape of Voice is the latest romantic drama film from director Naoko Yamada and animated by Kyoto Animation. It’s full of emotion, has a diverse cast of characters and contains themes not often expressed in anime.

The story follows a teenage boy, Shoya Ishida, who in the opening scenes of the film reminisces about his days in elementary school. During this time Shoya is what you would call your typical class clown. Getting into mischief to entertain and bond with his classmates rather than trying to learn and become a genuinely likable person. 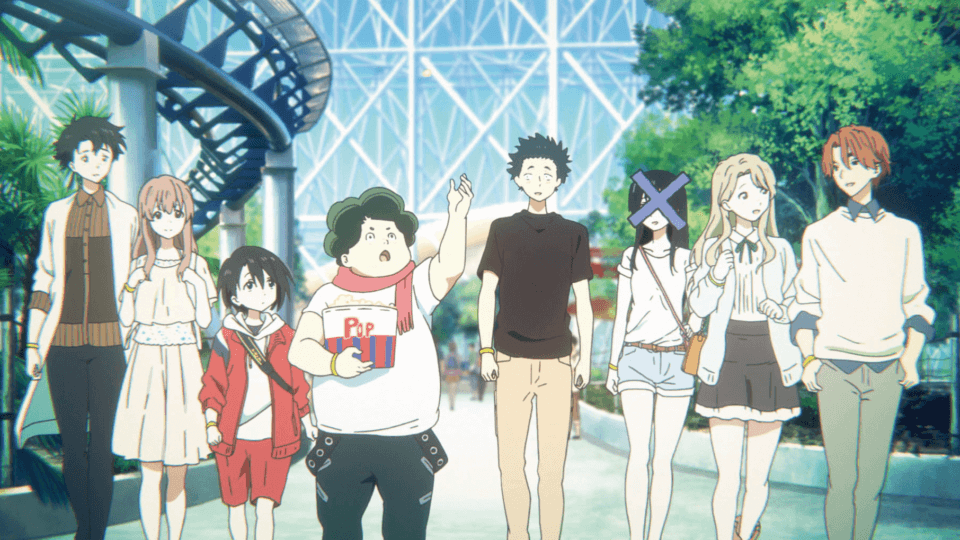 When a new student, Shoko Nishimiya joins the class she immediately becomes a target for Shoya’s constant bullying. All because she is deaf. Despite being disabled all Shoko wants to do is fit in with the rest of the class mates and does her best communicating with them by writing messages to them in a notebook she carries around. 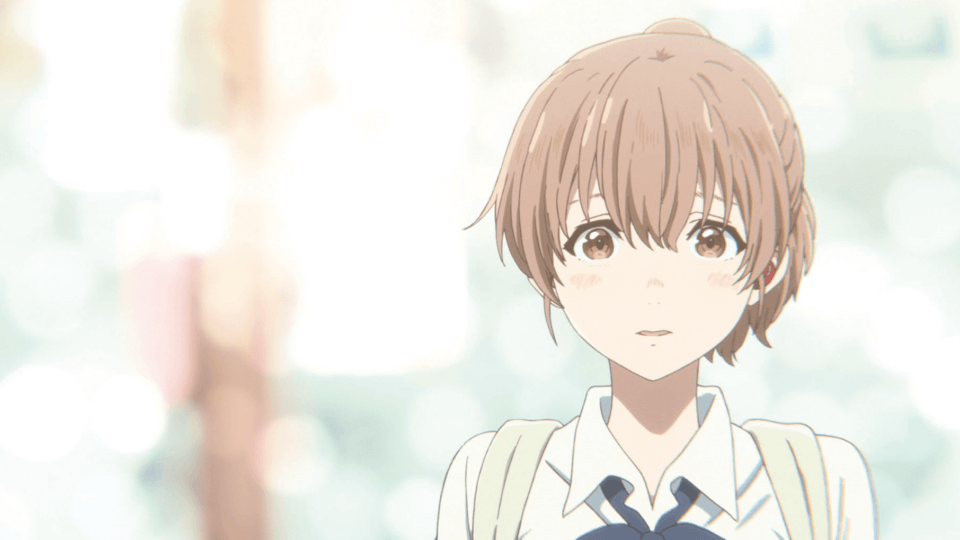 The sad thing is, it isn’t just Shoya doing the bullying. Eventually a core group of the class are passive aggressively making Shoko’s life more difficult than any elementary school girl’s life should be. But after one of Shoya’s attacks goes too far and Shoko leaves the school, he finds the tables turned as the class turns their bullying to him, leaving him to become the new tormented outcast.

Years later and now in high school, Shoya remains the reject of the grade. Just cruising through his day on autopilot, accepting his fate. His excessive bullying and the resulting shame has closed him off from the world, leading him to ignore the existence of others and not acknowledge they are around. This is expressed in the film by having all of Shoyo’s peers appear with a large blue ‘X’ over their faces. Which ironically has made him the deaf one, metaphorically of course. As he is now the one seen as different by his peers, made fun of and lives his life inside his own bubble.

Getting to a point in life where most people mature into the person they will become and realising he has no life skills, friends or any redeeming qualities Shoya decides to atone for his past mistakes, to right the wrongs he caused in elementary school. He works to pay his mother back the money she had to pay the school and others as compensation for her sons actions and even learns sign language to try and make amends with Shoko.

He visits Shoko at the sign language center to tell her he’d like to be friends before realising that years prior she had tried to communicate the same signs to him. Even after all of the bullying she had wanted to be his friend the whole time. Fun fact, in the English dub Shoko is voiced by Lexi Cowden who is an actress that is deaf in real life.

That’s when things come full circle and gives further insight into what Shoyo was attempting in the opening scene of the film and adds a great deal of weight to the film.

Shoyo throughout the remainder of the film works at righting his past wrongs and works at developing relationships to reintroduce himself back into the world. It’s a ride full of likable, and hateable characters, romance and touches on some really heavy life topics.

A Silent Voice features some really high quality animation. As is the norm with the products of Kyoto Animation. The environments are vibrant, detailed and many of the films set pieces are based on real life locations from Ōgaki, Japan. The character designs by Futoshi Nishiya, who previously worked on Free! and the Melancholy of Haruhi Suzumiya are each interesting and unique and just downright pleasant to look at. There is some visible CG used alongside the digital animation and for the most part it is used to enhance the scene and obviously assist the animators with motion heavy scenes. But there were a couple of times throughout that I found it was a little too noticeable and distracting in the scene.

Presents A Strong Message In Silence

There are moments in the film that are completely silent and have the lead characters ‘signing’ to each other. No descriptive subtitles, just silence. This in a way leaves the viewer deaf, unless the know sign language of course and they’re left to interpret what the characters are trying to express by analysing their body language. This was an interesting design choice and allows the viewer to fill in certain gaps and come away from the movie with their own impressions of those moments.

I found the film to be a tad too long, coming in with a 130 minute runtime. The pacing of the film slows right down in some spots. There were also some parts of the film that contained a lengthy build up and resulted with minimal or no payoff. And although has some characters that are well developed and interesting, there are characters such as Miki and Satoshi that are recognised as part of the core group but bring little to the film and are involved in a few of those aforementioned lengthy scenes that could have ultimately been cut from the film without any major impact to the overall product. 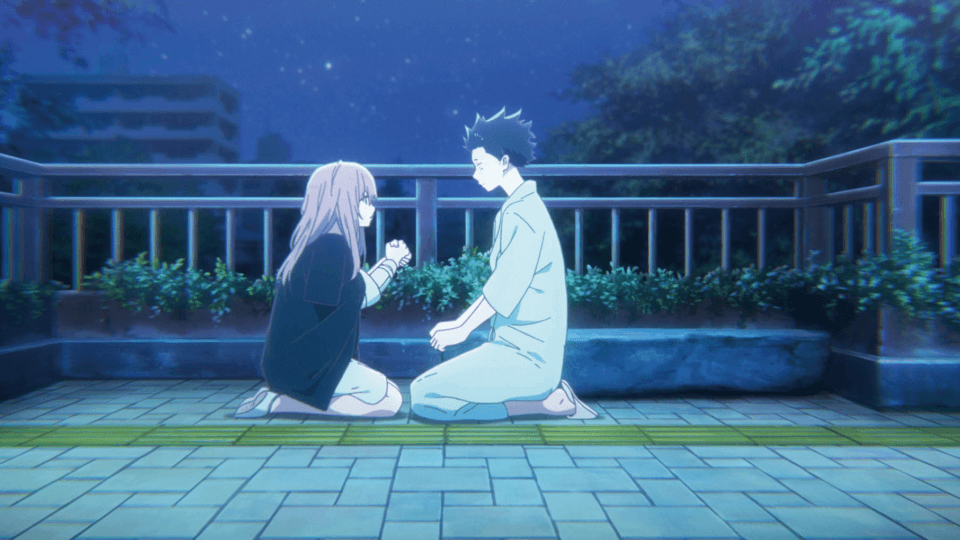 A Silent Voice is a great romantic drama film that will be talked about for many years to come. It has interesting characters, designs, relatable issues and stands out because of the way tackles the theme’s of bullying and suicide in ways not found in other anime. While it does have some pacing issues and is overall a bit too long it does tell a good story with a very real message and could easily be enjoyed by people that aren’t fans of anime and want to watch a good film.

The home release Blu-Ray contains some great extra features that fans of the film will love. It includes music video’s from the film, A feature showing off and comparing the films real life locations and interviews the director and production staff.

Prefer To Watch The Video Review?