When it comes to my AAA games preview coverage from PAX AUS 2018 I’ve saved the best for last. Rage 2 was my personal game of the show. I walked away from my demo session wishing there was more to play because I just want to experience more of this world and it’s insane combat right now. The slice of the game I played felt incredibly polished, was a great demo to teach players the core mechanics of Rage 2 and definitely captured the look and feel of an Id Software game.

Rage 2 at PAX was running on PC and played with an Xbox controller. The demo began inside a closed off warehouse where voice over walked you through learning the core mechanics that will be used in Rage 2. This was a good way to make sure players were familiar with the concepts of moving, shooting and how to use your own Nanotrite abilities before throwing you out into the chaos of the real mission.

This demo only showcases the gunplay combat side of Rage 2, I am still yet to play any of the vehicular segments of the game so can’t comment on that here.

After completing the warehouse tutorial you’re dropped into an outdoor combat scenario with a whole bunch of bandit-like enemies. I took out the first few using the default equipped assault riffle, which feels and sounds extremely tight and heavy. You definitely know when you’re playing an Id game. This felt like Doom in the desert.

There were still plenty of enemies in the opening area so I decided to put the riffle to the side for a moment and try out the games Nanotrite abilities. These are superpower-like abilities your character is able to unleash in various ways to assist in manoeuvring and combat. 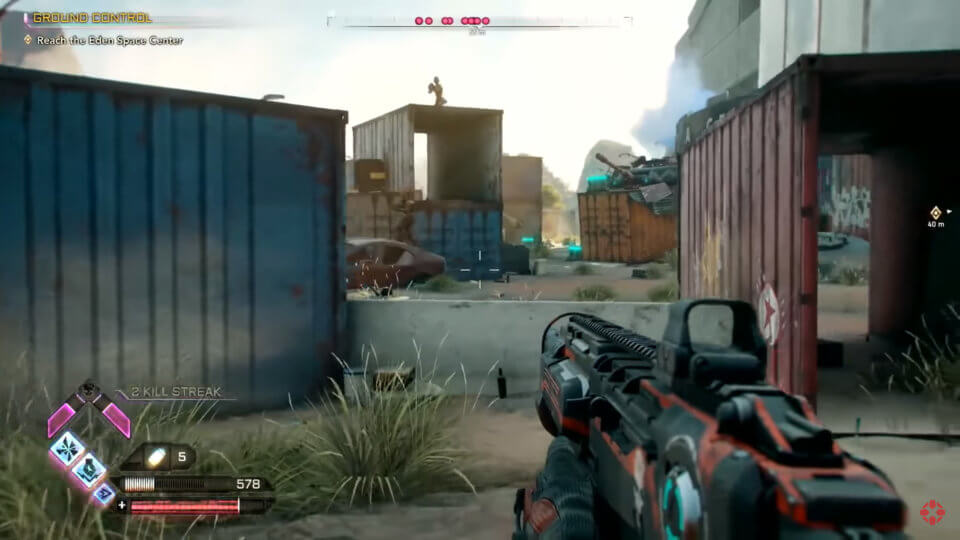 The first of which is called Dash, and as the name suggests it allows for a sudden jolt forward or sideways to either zip out of the way of oncoming bullets, quickly duck in behind cover or close the gap between you and an enemy really fast.

Then there’s the Shatter ability. If you’ve seen Star Wars or played Destiny as a Warlock you know exactly how this works. It’s essentially a force push and will knock enemies out of the way with a melee force-field style attack. It’s super handy for when you’re overwhelmed by up close enemies or when you round a corner and find yourself in the middle of a small camp of bandits. 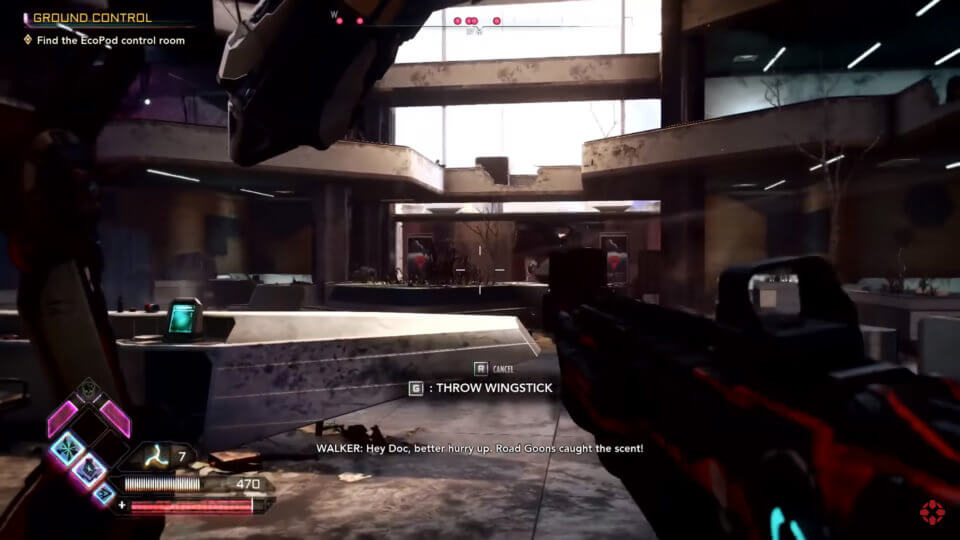 And the last ability used in this demo was Slam. This allows you to leap into the air and come back down with a ground pound attack that devastates the surrounding area and any enemies caught in your explosion. Incredibly handy when there are a bunch of enemies in close proximity or when you need to clear some space and thin the horde of enemies in a low health situation.

The Rage 2 demo was perfectly put together, it’s not clear whether this is a section out of the final game or if it had been put together for shows like PAX to get people used to the idea of what Rage 2 has to offer and how it will play.

Not only did the demo make sure you were familiar with the Nanotrite abilities, it also drip fed you new weapons throughout the experience so you weren’t overwhelmed with a bag of weapons at the start and cleverly let you try different things.

After clearing out that first outdoor area and heading to the next objective inside a large multi-story building I was instructed to activate a hand scanning pad which granted me the Wing Stick. That same bladed-boomerang weapon from the first Rage game. Then I was presented with another floor of enemies where I was given the opportunity to put my new Wing Stick to work.

Afterwards another similar scenario. I reached another scanner and received the shotgun. Which is one powerful beast of a weapon. Blasting the armour straight off the higher level bandits leaving them vulnerable for a follow up attack or absolutely splattering the lower level enemies. 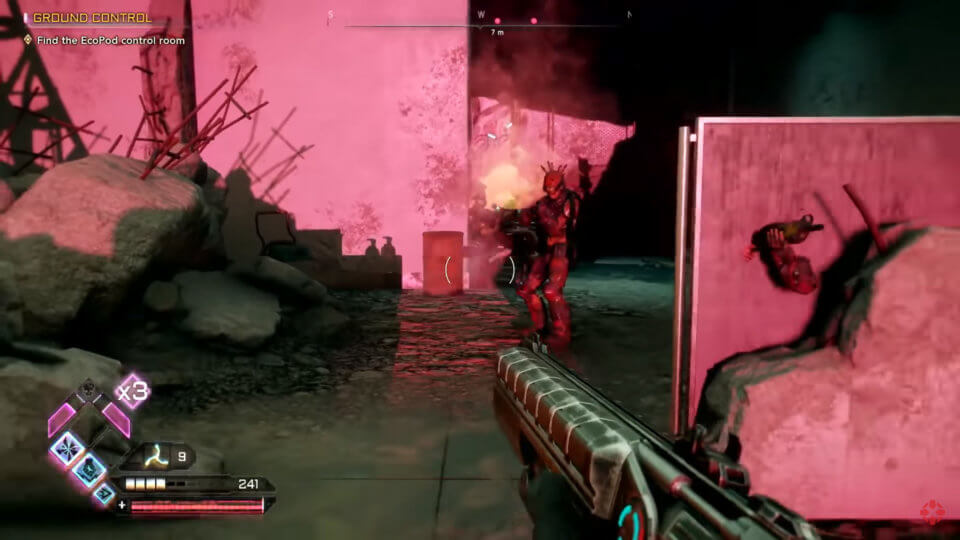 When things get too tough though the game will remind you to use your Overdrive ability, assuming you’ve built up the Overdrive meter to do so. For the period Overdrive is active you have enhanced speed, damage output and the game gets this really stylish pink hue that has featured in much of the game’s visual assets. You feel like a god when it’s active as you can just plough through enemies with your weapons.

Linking together your guns, grenades and your Nanotrite abilities allows you to do some really devastating stuff on the battlefield and feels fantastic when you can seamlessly transition between them all to take out numerous bandits in one swoop.

Rage 2 looks and feels fantastic and I can’t wait to get my hands on it and enjoy more when it launches in 2019. 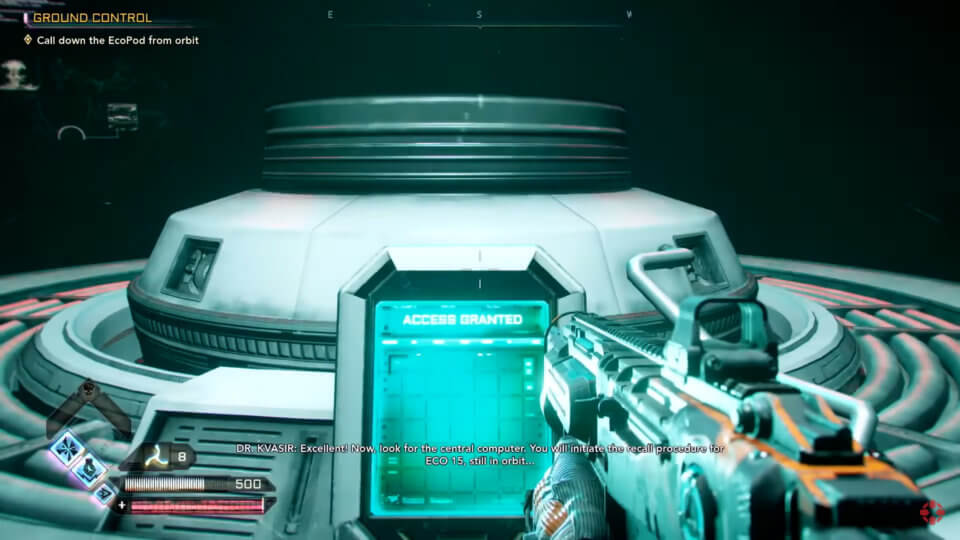 If you’d like to learn more about Rage 2 such as if it’s welcoming to newcomers or what they have been able to do here that they couldn’t do in the first game you can check out my interview with the studio director of Id Software Tim Willits on the site really soon.