One game that surprised a lot of people at PAX this year was Days Gone, the upcoming post-apocalyptic survival game from Sony’s Bend Studio.

The surprise wasn’t just because people were getting hand’s on with the game and building their impressions for the first time but because it’s announcement of being at the show was a last minute surprise for PAX attendees. 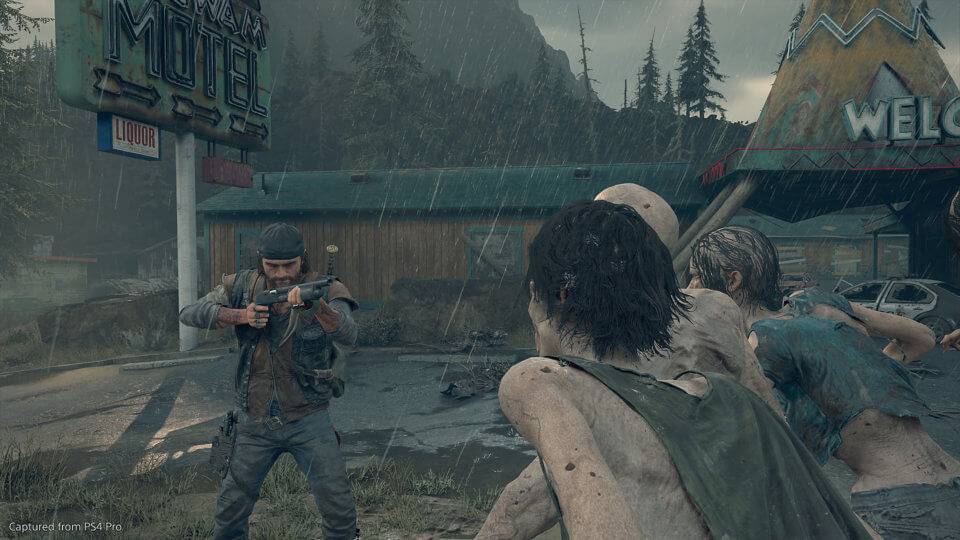 The Days Gone demo at PAX had 2 available segments on offer. There was a horde mode sandbox level where you could roam the environment and do your best at taking down a mass horde of Freakers or a mission from the story mode of the game. I opted to play the story mode mission as that is what I’m most curious about experiencing first hand based on what I’ve seen already of Day’s Gone.

The story mission was titled ‘You Got A Death Wish’ and had me playing as the game’s protagonists Deacon St John after a short cutscene involving Deacon and his friend Boozer I was tasked with retrieving a bike part from within a small town. 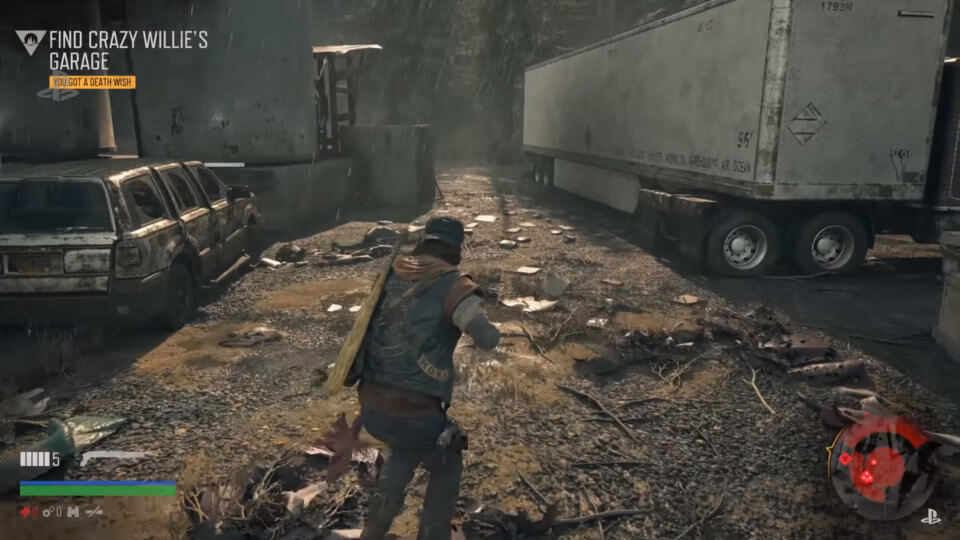 I went into the game knowing about the Freakers and knew about the zombie bear shown off in the E3 2017 demo. But what I was surprised by were the infected children called Newts that scurry about when you get close. Well I initially thought they did but we’ll get to how wrong I was shortly.

The missions in Days Gone can be completed in various different ways. You can go for the run and gun approach, taking out the Freakers left, right and centre in a mad rush to go and retrieve the bike part or you can try a stealth approach, sneaking into the town and through the windows of open shop to get deeper into the town and close in on your mission objective. I opted to try out a silent approach.

Sneaking up behind Freakers allows for a silent take-down if you haven’t been noticed. After dispatching a few Freakers I made my way to the abandoned fuel station where the bike part was. There was no open door or accessible window so I went around the side and made my way up onto the roof of the building.

It’s here I ran into 3 Newts. Based on what I saw at the start of the demo I had assumed the child Freakers didn’t attack and simply crawled away when you got close. That is 100% not the case and they proceeded to try and claw me to death. In a freak out moment I forgot all about my stealth approach and fell back to blasting these zombified children with my shotgun.

After climbing down the hole in the station’s roof I was able to find the bike part. But as you do I received a distress call from Boozer, so off I ran out of the fuel station and up the nearby hill that initiates a cutscene showing the Boozer had been captured and was being tortured by a few Rippers, a cult like group we’ll find out more about in the game.

I chose to take them out with a few shotgun blasts. But you can also take them out silently with Deacon’s trusty metal baseball bat the demo ended with Deacon and Boozer riding away on the bike just in time as a horde of Freakers ran over a nearby hill. 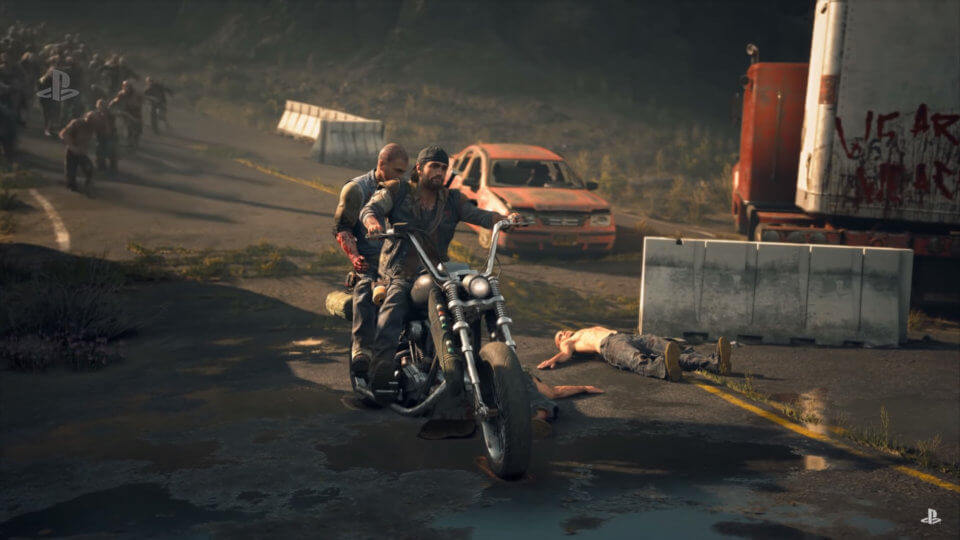 I must say I enjoyed my 15 minutes or so I had with Days Gone and I’ve come away more excited for the game than I was before playing it. However I did encounter a number of bugs during my demo.

Upon finding a petrol container I chose to try and throw it towards the centre of the town to help lure away any lurking Freakers nearby. Upon throwing it the can didn’t bounce or react with any physics at all. It hit the ground and just got stuck in place.

I also clipped through a few of the edges and window sills of buildings and when I jumped off the roof of a building the falling animation looked really stiff and unrealistic. 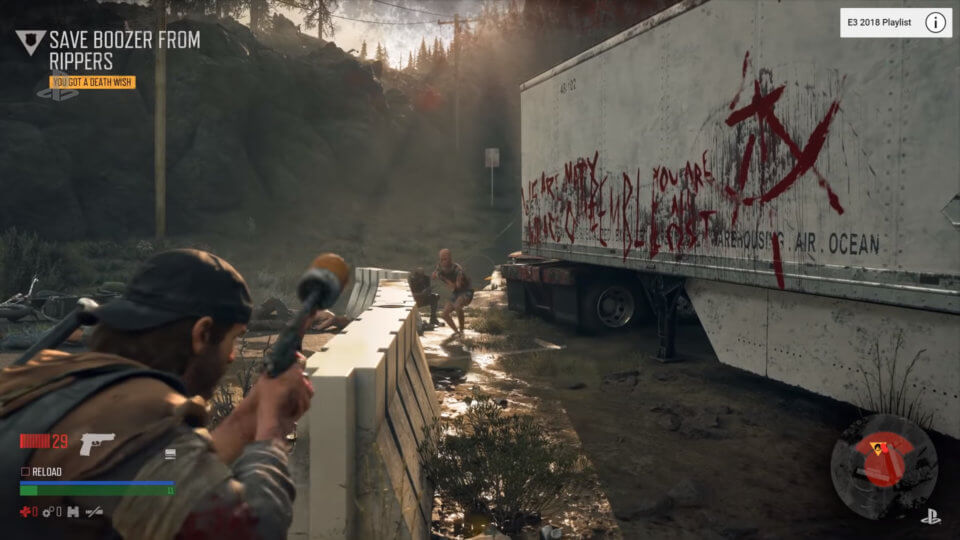 I must mention this build of the game was from E3 this year so it’s already about 5 months old and the team could be well on their way to resolving these bugs already.

These are all common issues to come across when playing games still in development. And the game still has a while before launch to apply this needed polish. With the recent announcement of the release date delay the team has mentioned they are using this time for additional polish which does give me hope that they’ll get these problems sorted before launch. Fingers crossed they do because the core gameplay loop of Days Gone was quite fun and looked great.

It has me quite excited now to see more of this world Bend have created when the game launches exclusively for the PS4 on the 26th of April 2019.