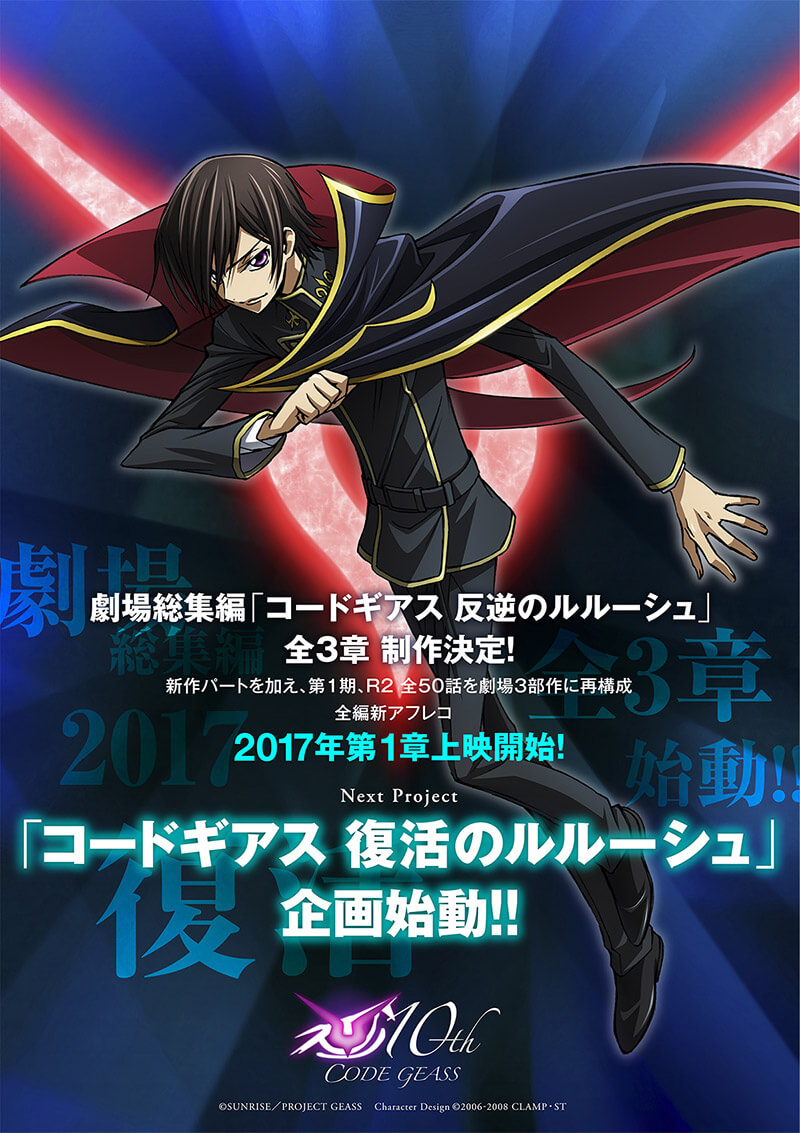 Many thought after R2 aired that based on the ending, the only way to continue the series would be in a spin off or prequel season. But it has been confirmed that this new show will follow several years after the end of R2 and Lelouch will return as the lead character.

Along with the reveal of the new series, it was announced that a three-part film series was in the works. This film series will recap the events of the first two seasons with newly recorded voice acting. The first of the films is due for release in 2017 but there is no time frame specified yet for when we will get our eyes on the third season.

Luckily the teaser trailer for Lelouch of the Resurrection that was shown only to attendees of the event in Japan has now officially been released online and you can watch it below.