The story of Birth By Sleep has 3 campaigns who’s events link with each other to reveal the full story of the game. Up until now we had always played as Sora and followed his story but this game shines the light on how big the story of Kingdom Hearts truly is and we play as 3 new Keyblade wielders. Terra, Aqua and Ventus.

This is also the game where we meet Master Xehanort for the first time. The villain who has been behind literally everything we’ve played up to this point and who will likely be the driving threat in Kingdom Hearts 3. 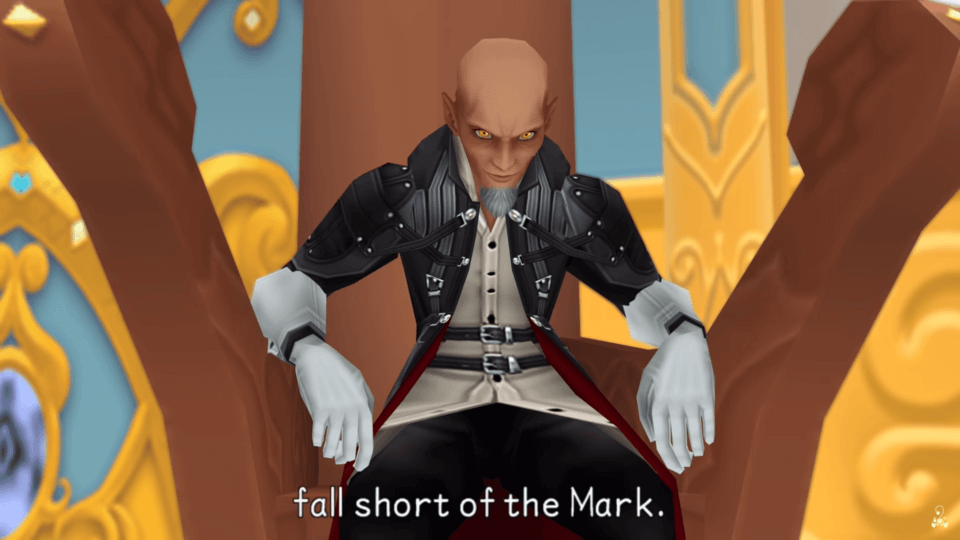 Master Xehanort’s true goal is the resurrection of the legendary X-Blade (pronounced Ki) which is the one true Keyblade and is the only thing that can summon the true door to Kingdom Hearts. He wants to use this power to illicit a second Keyblade War, an event that occurred over 100 years ago where hundreds of Keyblade wielders fought for the ultimate Light of the X-Blade which ultimately saw mass deaths and the destruction of the X-Blade which was shattered into 20 pieces. 13 pieces of Darkness and 7 of Light.

How this becomes his goal will be discussed in the Dream, Drop, Distance recap but for now know that that is his primary objective.

To recreate the X-Blade he needs to combine a heart of pure darkness with a heart of pure light. But as he is getting on in age he realises that he won’t be able to see his plans come to fruition 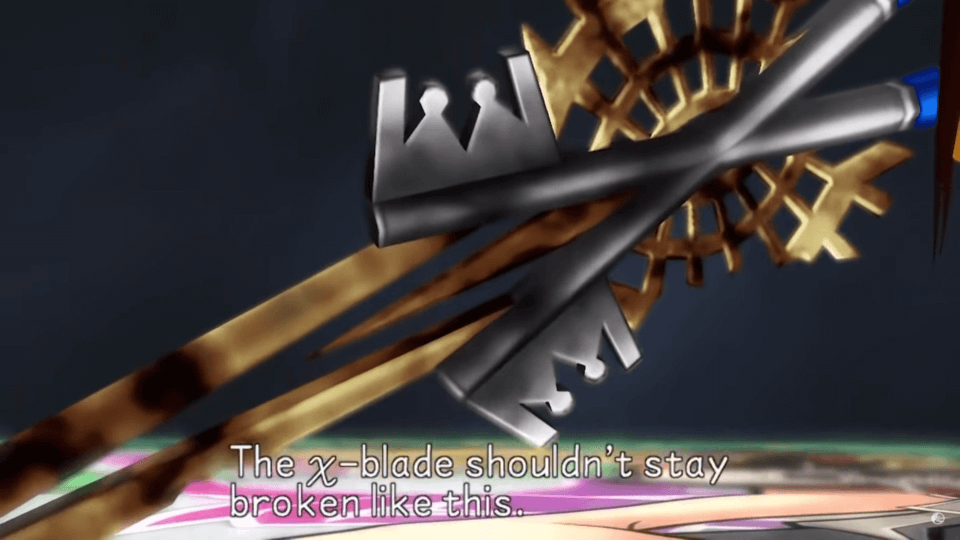 Xehanort has planned to use Ventus as a vessel for his own heart as he is getting too old to see his plans come to fruition but Ventus is too full of light and Xehanort is unable to use his body to contain his darkness.

Instead he extracts the small amount of darkness Ventus does have in his heart and manifests that as a completely separate physical being named Vanitas. A person that looks a lot like a dark haired Sora.

After this process Vanitas falls into a coma and is now a being of pure light while Vanitas is made of nothing but darkness. Used by Xehanort to attempt to recreate the X-Blade.

Meanwhile Master Eraqus a long time colleague of Xehanort has taken two other Keyblade wielders Terra, and Aqua under his wing and is training them so that they can one day become Keyblade masters like himself. 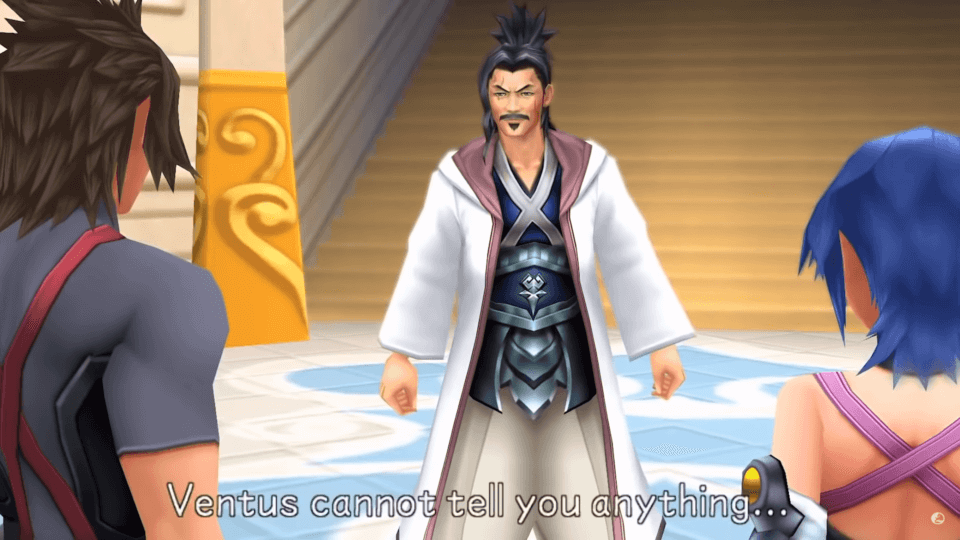 Xehanort takes the comatose Ventus to Destiny Islands where he had planned to leave him although his heart was awakened by the newborn Sora who helps Ventus’ heart start to heal.

Xehanort then takes Ventus to Eraqus to train him in the ways of light and help him heal. While doing so he witnesses Terra training, senses some latent darkness in him and decides that he would make a much better vessel than Ventus was able to be.

This is where the opening moments of Birth By Sleep kick off.

Skip forward to a few years later and Terra and Aqua have completed their training and are ready to take the Mark of Mastery exam, a test that if passed would allow them to be recognised as Keyblade Masters.

Xehanort sabotages the final round of the exam and Terra is forced to show some of his darkness resulting in Eraqus determining he is not ready to be a Keyblade Master and awarding the title only to Aqua. 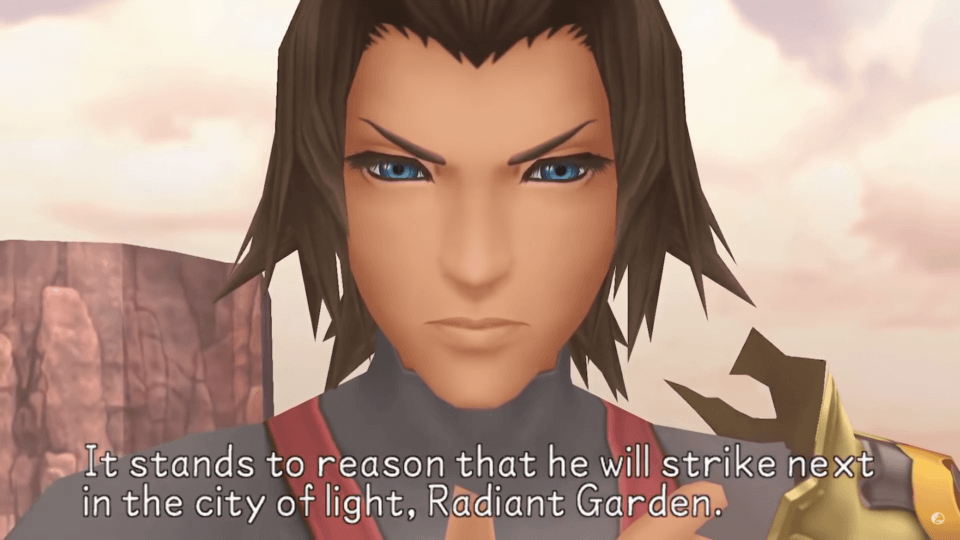 Following this Xehanort begins to groom Terra, filling his head with lies. Manipulating him, to turn him against his friends and lead him further down the path of darkness so that one day he can use his body as a vessel for his heart.

Shortly after, Terra travels to Destiny Islands where he meets a young Riku. Here he performs a ceremony with Riku that passes on that ability to wield a Keyblade to him.

The events of the game lead the three lead characters to a place known as the Keyblade Graveyard. The location of the Keyblade War, a vast desert scattered with thousands of Keyblades, used by those that lost their lives in the war.

At around the same time Aqua is travelling through a world called Radiant Garden and comes across a young Kairi who during their encounter touches Aqua’s Keyblade which grants her the same ability as Riku.

See where this is going? Starting to understand why Sora, Riku and Kairi are able to wield this sacred weapon?

The events of all three playthroughs have their climactic moment here in the Keyblade Graveyard. 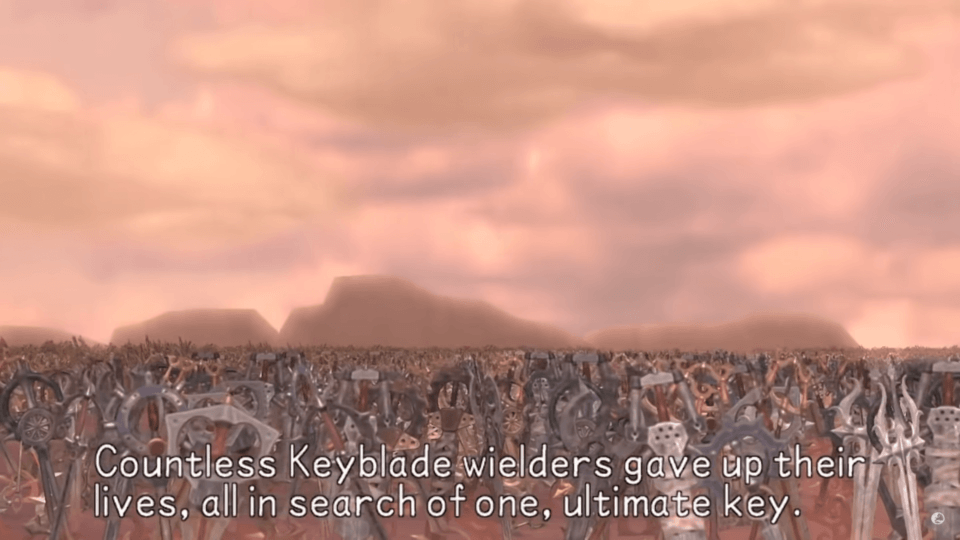 Ventus faces off against his dark half Vanitas in an intense battle. The two eventually merge back together and with one being pure light and the other pure darkness the X-Blade has met the conditions required to be recreated.

Vanitas now possesses the reforged X-Blade but it’s in a fragile and broken state. Not yet able to reach it’s full potential.

Meanwhile the end of Terra’s path see’s him being taken over by Xehanort as he successfully places a piece of his heart inside Terra’s body causing Terra to now possess silver hair and yellow eyes, the telltale sign that someone has been taken over by Xehanort. This will become important later. This forever changes Terra and this new version from henceforth be called Terranort.

The final battle of Aqua’s path has her facing off against the merged Vanitas who possesses the X-Blade. Aqua succeed in defeating Vanitas thanks to some help from an internal struggle caused by Ventus causing the destruction of the fragile X-Blade which causes Kingdom Hearts to disappear once more and blasts Ventus and Aqua to another world. 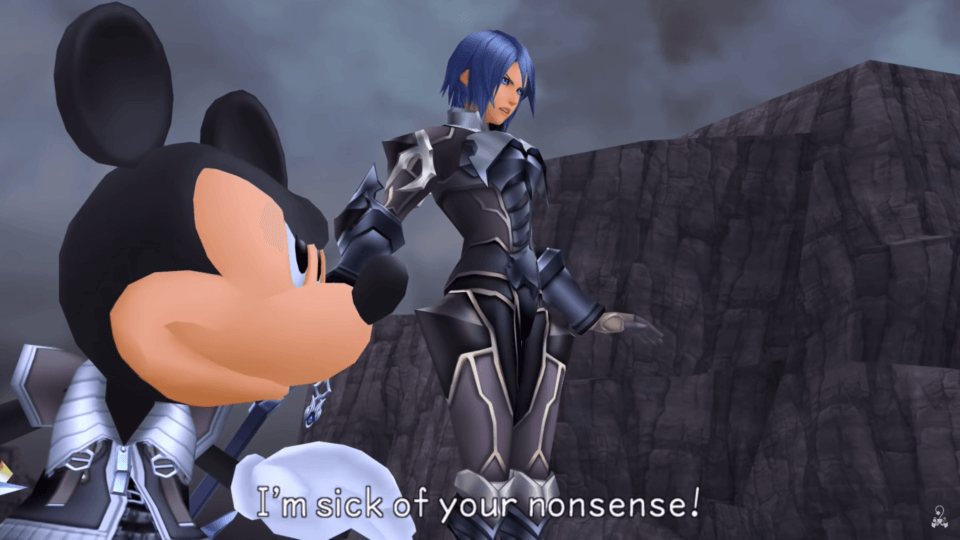 After the battle Ventus’ heart is lost, leaving him as a soulless vessel. Mickey takes Aqua and the body of Ventus to the mysterious tower where Yen Sid informs them that Ventus has fallen into a deep sleep and will remain in that state until his heart can be recovered.

Aqua travels to the Land of Departure and transforms it into Castle Oblivion and creates a chamber where Ventus’ body can be safely kept until it can recover.

She then heads off to Radiant Garden, the place she discovers Terranort was sent to when the X-Blade exploded. Here Aqua battles Terranort and learns that the real Terra that is trapped inside Terranort has been exiled to the Realm of Darkness, a void-like realm that was created from the darkness of people’s hearts.

To protect Terra from being trapped there forever, Aqua sacrifices herself, getting trapped inside the Realm of Darkness and allowing a small piece of Terra’s light to remain in his heart. A piece that while not strong enough to force Xehanort out is able to challenge him for control of his body. But these events leave Terranort with amnesia. 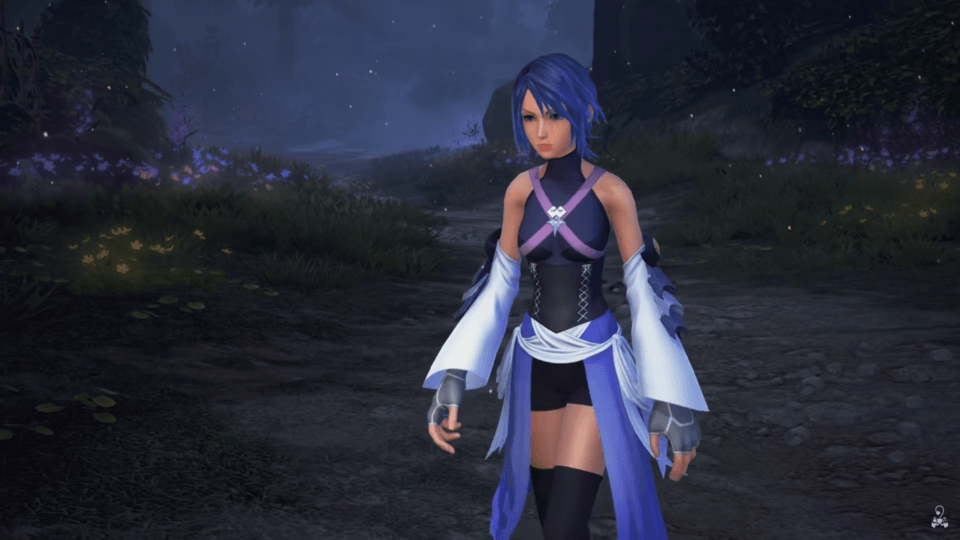 Terranort stays in Radiant Garden and is found by the scientist Ansem the Wise who takes Terranort on as his apprentice, if you’ve played Kingdom Hearts 2 you’ll remember him as Diz.

A year later Terranort has started regaining memories from being Master Xehanort and together with Braig, another character who will look familiar to you from KH2 want to begin conducting experiments to learn more about the darkness that lives in peoples hearts. Ansem see’s their true intentions behind their research and refuses.

This is when Terranort and Braig along with Ansem’s other apprentices form Organisation XIII and overthrow Ansem and send him to the Realm of Darkness.

This is where Ansem (the Heartless) begins his plans that set in motion the events of the first game and Xemnas proceeds to recruit more members into the Organisation.

Meanwhile Ansem the Wise is able to harness the powers of darkness just enough to escape from the Realm of Darkness and sets up a research lab in Twilight Town where he begins research on the Heartless and Nobodies while taking on the new persona of Diz. 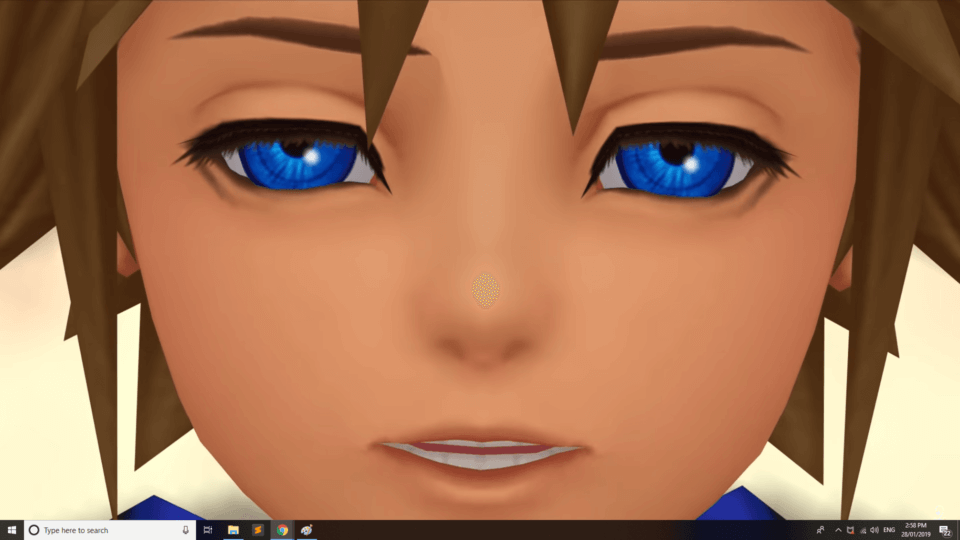 9 years later on the Destiny Islands the events of Kingdom Hearts 1 begin.