After the international success of his last film, Your Name, Director Makoto Shinkai has a lot of new eyes on his work and a lot of fan anticipation for his new projects. It must be an insane amount of pressure to live up to, but Shinkai has taken lessons learned and themes from not only Your Name but his whole catalogue to create Weathering With You, a new film that captures a lot of what made Your Name great, while also telling a slightly darker story with a number of social messages.

Weathering With You follows Hodaka Morishima, a high school boy who has recently left his remote island home to move to Tokyo. Once there, because of his age he struggles to find a well paying job, leaving him living quite frugally, almost like a homeless person at times.

And with the town seeing constant rainfall for months on end, things continue to get more and more miserable for Hodoka. Before long he gets a break when he lands a job working as a writer for an occultic magazine. His first big responsibility he’s tasked with is researching urban legends within Tokyo. Doing this he learns about the rumored ‘Sunshine Girl’, a girl with the ability to stop the rainfall and bring sunshine back to the town for a short time.

After rescuing a young girl named Hina Amano from a forceful con man trying to employ her into the sex trade, the two become friends before Hina reveals her special talent. Showing Hodaka that not only is the Sunshine Girl real, he’s looking at her.

The two start up their own business, selling Hina’s ability to bring out the sun to those that need it using an online message board. After working numerous business events, school carnivals and weddings among other things, it becomes apparent that Hina’s abilities to bring life back into Tokyo come at a very serious cost. 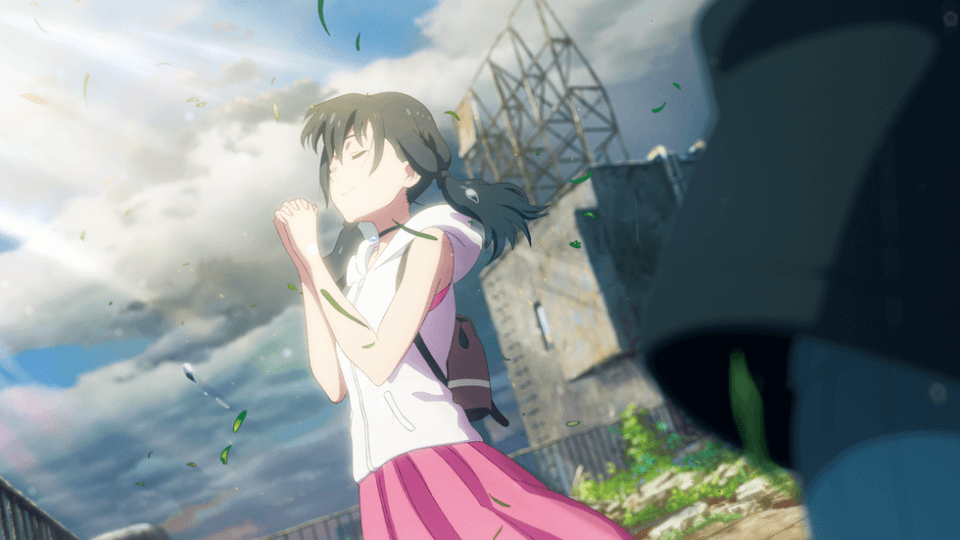 For the sake of not spoiling the key plot points of the film I’ll leave the overview there in case you’re reading this before seeing the film.

The first thing worth mentioning is that visually, Shinkai and the team at CoMix Wave have done their best work yet. The backgrounds, when it comes to both detail and composition are breathtaking. You could take a still shot of any frame in the movie and it would be a stunning piece of art. As they did with Your Name, the town of Tokyo has been recreated with insane amounts of detail in its streets and buildings, capturing both the beauty and gritty-ness of the city in a way that is quite grounded and realistic in a film that relies so heavily on supernatural elements. Throughout the town you’ll spot a number of real world companies featured, showing quite clearly that a number of businesses wanted their products featured within Shinkai’s latest work. They’re really not hiding it, but it also results in the best Big Mac you’ll ever see.

Coming out of the session, I found Weathering With You’s characters and world to be quite developed despite only having 2 hours to work with. Not only did we get to ride the journey of the two lead characters, Hodoka and Hina from first meeting, to becoming friends, business partners and then lovers. We also learned the back story and motivations for a number of the side characters with Hodoka’s boss Keisuke and Hina’s younger brother Nagisa being standout side characters that were relateable, brought an element of comedy to the story but ultimately have a big impact on the lives of Hodoka and Hina throughout the journey. 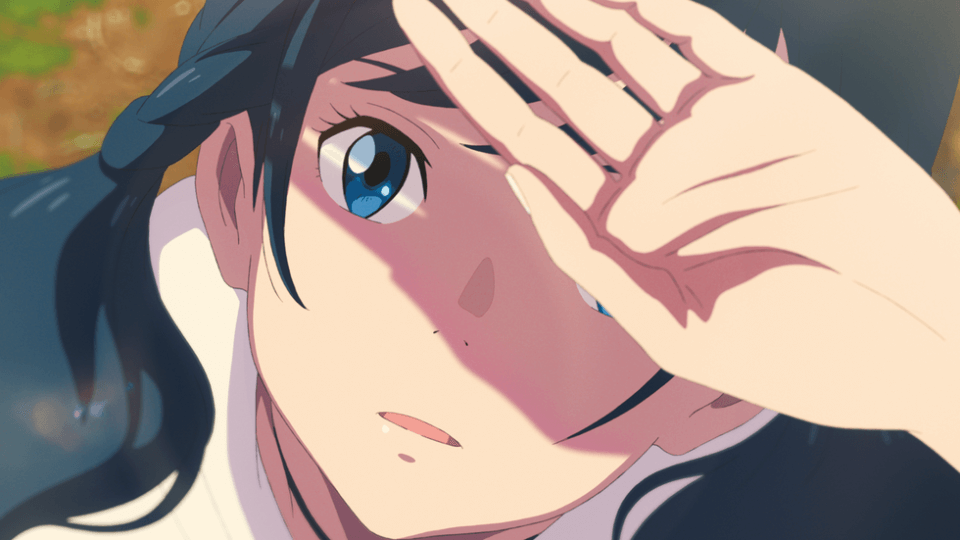 Where Your Name developed it’s character’s relationship from a distance, having them separated by some clever means. Weathering With You has it’s leads together and developing their bonds in person. I liked this change-up and it also allowed Hodoka and Hina to overcome real relationship issues like earning an income and looking after family members, which are themes many viewers will be able to relate to.

This film also touches on some much darker themes compared to Your Name too. Yes an impending meteor that will destroy a town is pretty dark but the themes this time around were more grounded and directly affected the lead characters. It showed that Shinkai can tell those types of stories too and isn’t just rehashing the same bright and emotional vibes from Your Name. Don’t get me wrong though, there are a lot of direct thematical similarities to Your Name hence why I’ve compared the films a few times now, but seeing them juxtaposed with these more deep and serious scenes was surprised me and showed that the characters in this romance story do face real world problems. I went into the film without reading too deeply into it’s plot and never expected it to deal with things like gun violence, runaways, sickness or have scenes focused on Japanese gangsters and sex trade.

One of the key standouts in the film is it’s soundtrack. It is fantastic and again showcases RADWIMPS’ range and musical ability, coming back to take the reigns on the music side as they did with Your Name. There are emotional and powerful tracks that include vocals and play underneath some montage-like scenes in the film (Voice of Wind) and then there’s the score pieces that accentuate the scenes and help promote a specific emotional response ranging from soft and peaceful (Taste of Kindness) to adrenaline fueled chase scenes (Bike Chasing). The soundtrack is available to stream on most music platforms and I have been listening to it endlessly since it became available, and even more now that I have seen the film.

Before the film launched, Shinkai mentioned that he thought it would divide the audience, and I think his statement is quite accurate. Because of the critical acclaim, success and attention Your Name gained, many people may be expecting exactly the same thing again. And while there are a lot of similarities that can be drawn between Weathering With You and Your Name, there is a lot that sets them apart and this film will likely promote more discussion among fans trying to analyse and uncover it’s spiritual elements and the ending. There is also a fairly clear underlying piece of social commentary at it’s core and it’s apparent that Shinkai wanted to say something about the state of the world and how we might react when Mother Nature comes to take things back from our control.

Unlike Your Name, I felt there was a lot to digest here and it could benefit from a second viewing to catch or understand some of the things that may have been missed the first time around. The ending will be a point of discussion for some time to come I’m sure. The result of Hina and Hodaka’s relationship is in a more definite place than Mitsuha and Taki’s at the end of Your Name, but there are still quite a few incomplete plot threads that were set up throughout and either didn’t get resolved or had no satisfying payoff. Some of these may become clearer after subsequent viewings, or like the ending, may be left up to the interpretation of the viewer. A trope I’m happy to put up with when the film has earned it. 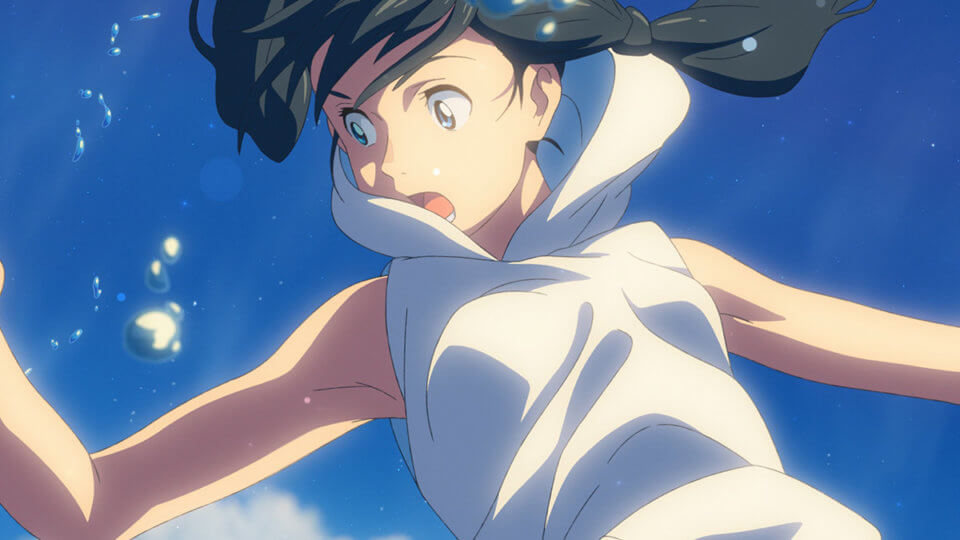 Living up to the success of Your Name was always going to be a pretty tough feat to pull off, but Makoto Shinkai along with the team at CoMix Wave have managed to create something incredibly special again. Weathering With You is a film packed full of gorgeous visuals, touching themes, great characters and is backed by a fantastic soundtrack. Shinkai was right when he said it would be a more divisive film, if you go in expecting another Your Name you may be slightly disappointed. But Weathering With You takes story themes from Your Name along with elements from his other works (5 Centimeters Per Second, Garden Of Worlds) to create something that is pretty special in it’s own right and will have people talking about it for years.

Weathering With You hits Australian cinemas from August 22nd.