Every year around Halloween, we always find ourselves revisiting our favourite spooky movies, books and games and trying to find something new to scare the pants off us. Now every year around this time, I look forward to the latest entry in the Dark Pictures Anthology from the team at Supermassive Games as horror anthologies are strangely something that have become something of a comfort item after growing up enjoying other series like Goosebumps and Tales from the Crypt Keeper. Now the third entry, House of Ashes is here and it provides a brand new spooky tale to enjoy and features some great quality of life improvements that elevate it above the first 2 entries in the Dark Pictures series. 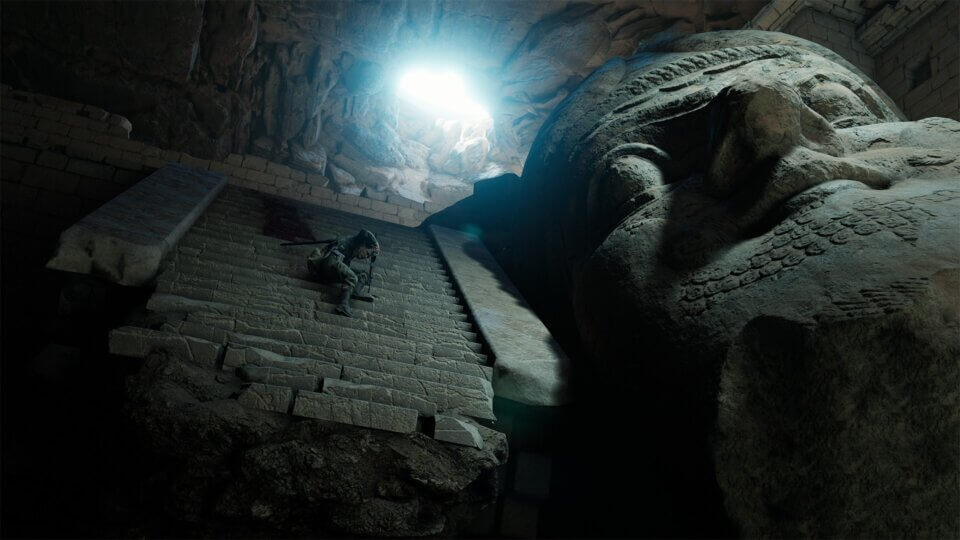 As with previous entries, House of Ashes features a brand new stand-alone story with an original cast of characters to get to know, and hopefully keep alive, making it a perfect jumping on point for anyone that may be new to the series and Hadn’t played either Man of Medan or Little Hope.

House of Ashes primarily takes place in the year 2003 and is set in the Middle East. Just like the first two games, House of Ashes also includes a main character that is performed by a widely known celebrity. This time around that character is CIA Officer Rachel King played by Ashley Tisdale (Highschool Musical, Phineas & Ferb). But while Rachel King appears to get top billing within the game’s marketing, you will take the reigns of a number of other characters throughout your playthrough to further develop their relationships and learn their own motivations via the choices you make for each of the 5 main playable cast.

The game’s plot sees you sent on a mission to explore an underground cache of chemical weapons in Iraq. But what starts out as a fairly standard infiltration mission quickly goes sideways when the group is attacked by Iraqi forces. If that’s not bad enough, an earthquake then plunges both the US and Iraqi forces underground where they quickly discover that they aren’t just dealing with the opposing forces, but a nest of bloodthirsty monsters that have been awoken deep underground. There is a line of dialogue early in the game that states “The enemy of my enemy is my friend”, and that very much sums up the core theme and message of House of Ashes, as the beasts unleashed within the underground cavern are certainly not playing around.

The narrative in House of Ashes is driven and shaped by player choice. Your decisions influence the ending you’ll get and anyone of the cast can live and all are capable of being killed. If you’ve played any of the previous Dark Pictures games, many of the mechanics will be familiar to you. You’ll select the dialogue choices in many of the conversations involving the main characters which will typically strengthen bonds between some characters, and put strain on others. There are also still plenty of scattered collectibles that will provide further character and world development, along with key items that provide premonitions of a possible future that may grant you some insight into a soon to arise encounter, event or player death. It’s not always initially clear what these premonitions are trying to show, but can help show you where future decisions could lead. 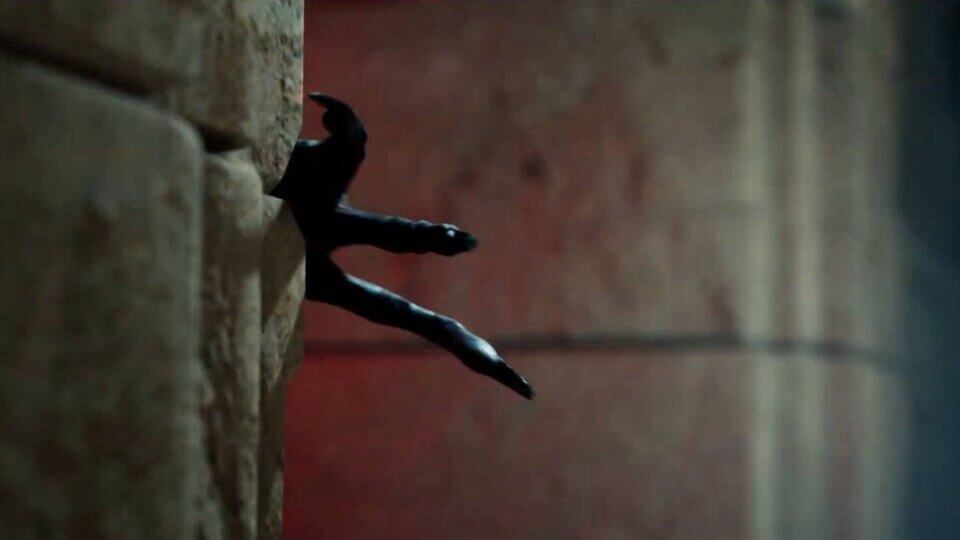 The game does at times lean in heavily on military character tropes which made some moments feel a bit cheesy, but thankfully the overall quick pacing of the game meant that these moments didn’t overstay their welcome as there was often a new story beat or character to take control of that kept things moving forward throughout the roughly 5 hour long adventure. Although I did find the opening introduction section of the game where we’re being introduced to Rachel and the other CIA operatives to be a bit slow pacing wise just because of how interesting the opening prologue was in comparison. At that moment I really wanted more of that level of world-building and engagement.

The team at Supermassive are in no way hiding their influences for the House of Ashes. They have previously mentioned the kind of stories that influenced the themes of this game, and if you’re a fan of Alien, Predator or the works of H.P Lovecraft, there’s going to be plenty here for you to enjoy. 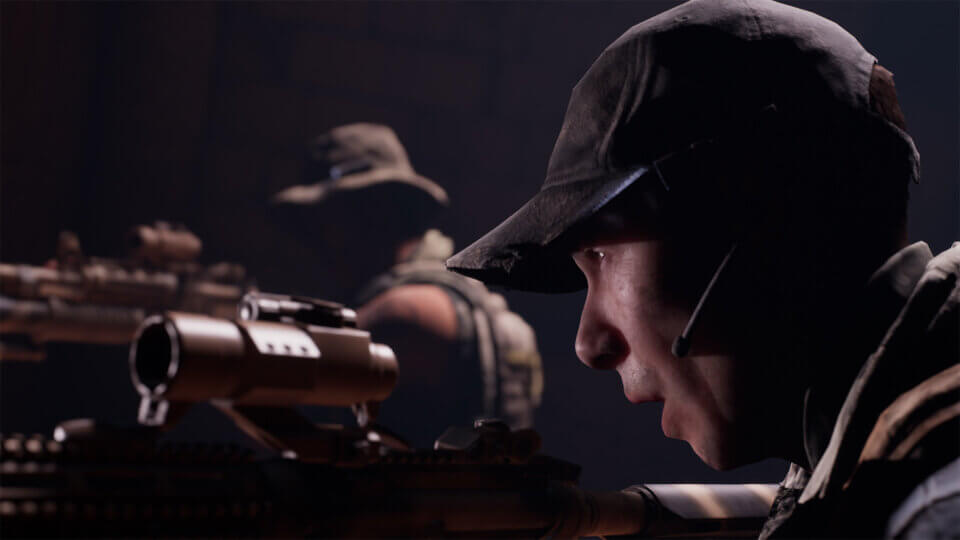 Compared to the previous 2 entries, House of Ashes has seen some great technical improvements too. The game now features a fully controllable 360 degree camera, gone are the fixed cameras and awkward to navigate corridors that plagued Man of Medan and Little Hope. There’s also tailored difficulty modes that will change the speed of the quick time events presented in the game which can literally be the difference between life and death for some decisions.

I reviewed the game on PS5 but also had access to the PS4 version too. House of Ashes does include enhanced visuals on the current-gen version with the PS5 version featuring more detailed character models and textures, drastically improved loading times and higher fidelity and realistic lighting.

With so much of House of Ashes being built around choice, it comes to no surprise that one of the game’s key strengths in replayability. Not only did I jump right back in after finishing the game to see how drastically things could change if I made different choices, and also who I could try and keep alive longer. There are also multiple endings to earn too, so if you’re not satisfied with your outcome, there’s a good chance you can get something a bit more satisfying if different decisions are made along the way. Much like previous Dark Pictures titles, House of Ashes also features multiple ways to play. You can absolutely enjoy playing the game solo, but also retains the Shared Story mode where you can play with another friend online and Movie Night which is a local co-op pass the controller mode where you and 4 friends can each play a different character. Upon release, the game will also receive a Curator’s Cut but this was unavailable at time of review. 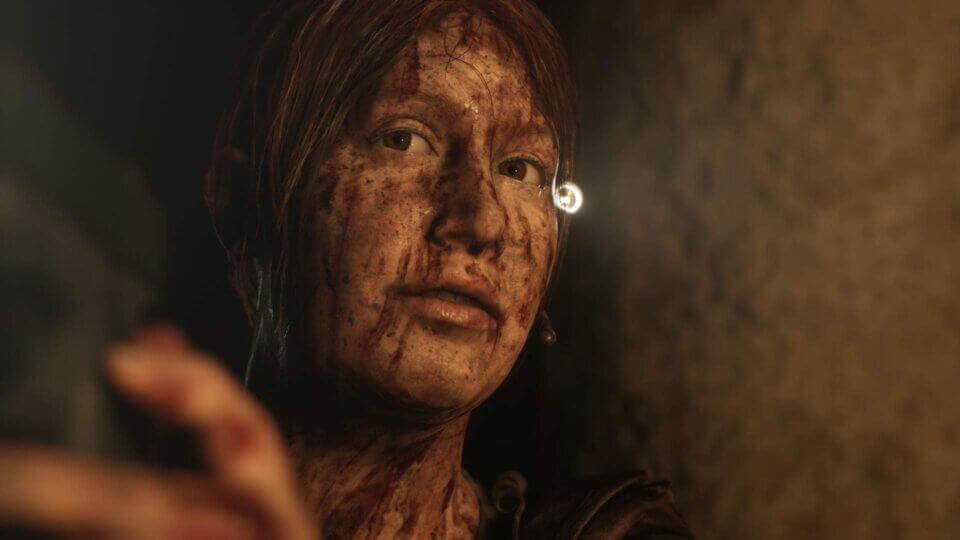 I really enjoyed my time with House of Ashes, as I have done with the Dark Pictures titles thus far. Much like horror movies, they won’t be for everyone and there are certainly characters here too that fall into many of the known tropes we come to expect from the genre, but it’s setting, character choice, technical improvements and replayabilty makes it all a fun horror experience. I’m still aboard the Dark Pictures train and I can’t wait for the next entry that will hopefully hit us around the same time next year.