Outriders is an RPG Looter-Shooter developed by People Can Fly known for their work on Bulletstorm and Gears of War: Judgement. In the current gaming trend of online loot based service games, I had expected Outriders upon its initial reveal to release and be forgotten just due to the fact that it would be launching in such a saturated genre. That’s why it was great to see that Outriders actually stands on it’s own legs, and while it does take design inspiration from other popular games in the genre, it nails the addicting gameplay loop required to keep players invested and has enough unique mechanics that has me excited to see how Outriders will adapt and evolve in the years to come. 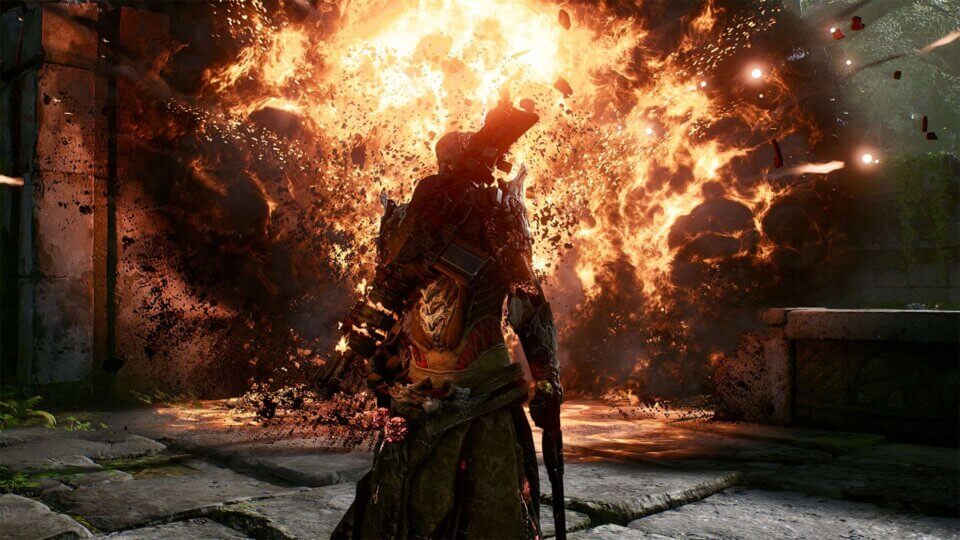 Outriders takes place in an alternate future where Earth’s climate has reached a point where it can no longer sustain human life, so in an attempt to save mankind, two colony ships containing 1 million people are sent into space to colonise planet Enoch, a planet with a climate similar to Earth that was initially believed to be able to sustain human life. However in true sci-fi fashion, the planet contained more than expected, and after a twist encounter, your player character finds themselves gravely wounded and put into cryostasis. Waking up decades later, you get to experience first hand how humans have come to adapt to the natural dangers of Enoch.

During the events that occurred when the player encountered ‘The Anomaly’ when first touching down on Enoch, you end up gaining mutant abilities, a trait which some others have also gained over the past 30 years while you’ve been asleep. These mutants are known in this world as ‘Altered’ and directly play into why your character is so special in this story and explaining the abilities and skills you gain upon picking your specialty class for your player character.

After completing the game’s prologue missions you’ll have the ability to select your class. If you’ve played any other kind of RPG you’ll be able to grasp the concept and the player types each tailors to. Your class doesn’t just allow you to specialise in certain mutant skills, it also allows you to tailor what type of damage dealer you’d prefer to be and what kind of kills will result in healing bonuses for you on the battlefield. 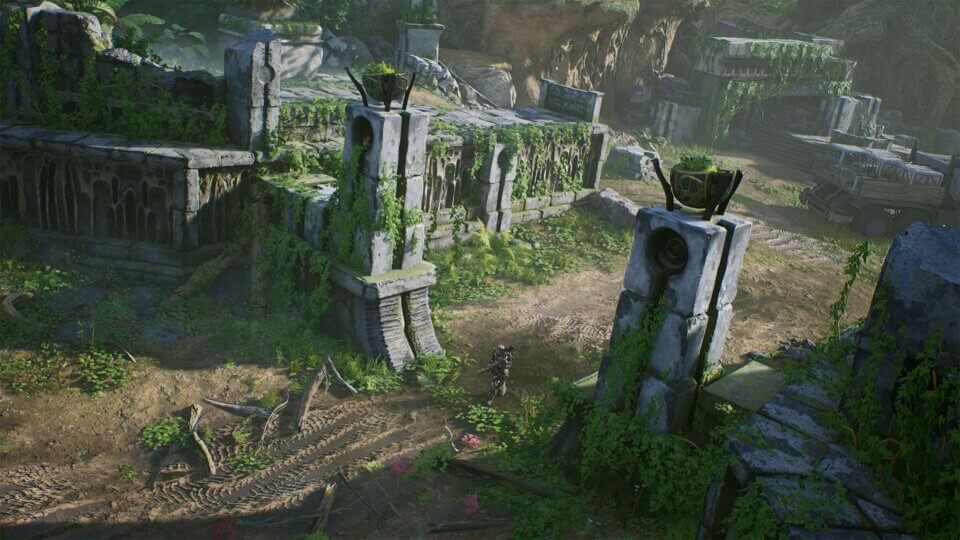 The Devastator specialises in close range combat and is your traditional tank, the Pyromancer can summon fire and is designed around balanced mid-range combat, the Technomancer is a great support class and specialises in long range combat and gadgets and finally the Trickster has the ability to bend time and is also great at close range abilities, acting similar to a rogue if familiar with more fantasy based RPGs. Outriders lets you pick which may be best to suit your preferred playstyle, and the choice is made early enough in the game that if you find a specific class may not be clicking for you, it’s easy enough to go back, restart and try again.

The overall story of the game is good but certainly no storytelling masterpiece. It utilises numerous sci-fi tropes we’ve seen many times before, but it comes together in a fun and mostly cohesive way that acts as good complimenting story to the core gameplay loop. A lot of the world building and plot details unfortunately reside within the game’s private journals which are readable within the game’s menus. It’s a shame a lot of this isn’t at the forefront of the core story told in the main narrative as it’s clear a lot of thought has gone in behind the scenes into developing this world and the characters within it. 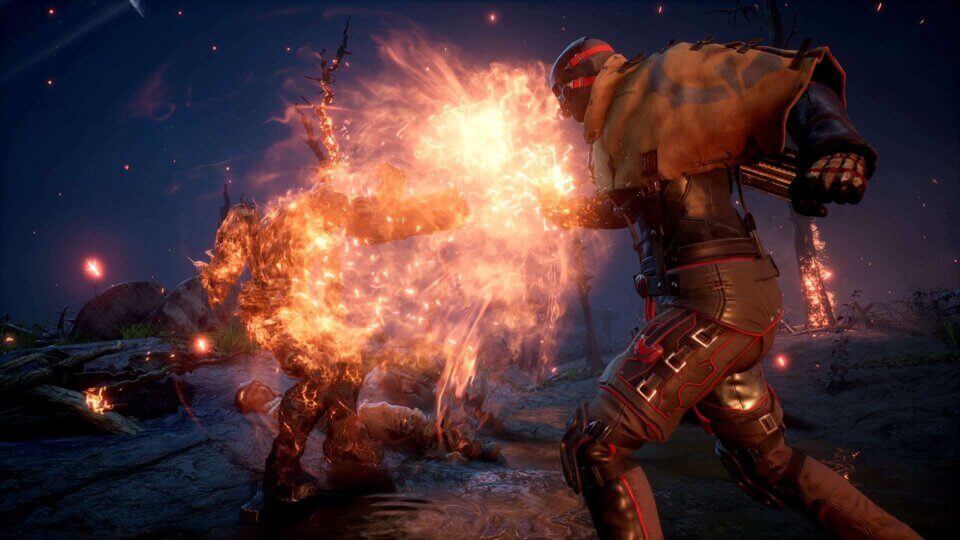 Many of the cutscenes actually come across as a mid budget sci-fi tv show. The voice acting and writing is corny at times, which may actually be by design but I’m honestly not 100% sure. Though overall the story presented in Outriders is far better than I thought it would be going in, especially when other titles in this genre usually contain very thin plots, with the overall goal primarily being to hook you in with the never ending addictive loot grind. As mentioned, it’s not a story that will blow your socks off, but it’s a step in the right direction for games in this genre.

Where Outriders excels is with it’s world, equipment and sound design. The biomes you’ll adventure through are interesting and diverse, ranging from jungle landscapes, to deserts and decaying civilisations and the bandits, monsters and bosses found within are creepy, have clever AI and have an attractive and fitting art direction. I found the enemy AI to be quite clever and varied, which is great especially in a game built around grinding and repetition ensuring that even playing the same missions numerous times, can have sometimes drastically different outcomes.

Now it’s wouldn’t be a ‘looter-shooter’ without the loot component. And this is the core thing that kept me engaged with Outriders and will keep me coming back for more in future. The addictive grind of getting that next piece of legendary gear you’ve been wanting for will see hours just disappear. The sheer scope of the outfits, weapons and skills gives you so much control over how you tweak your character and their overall appearance. 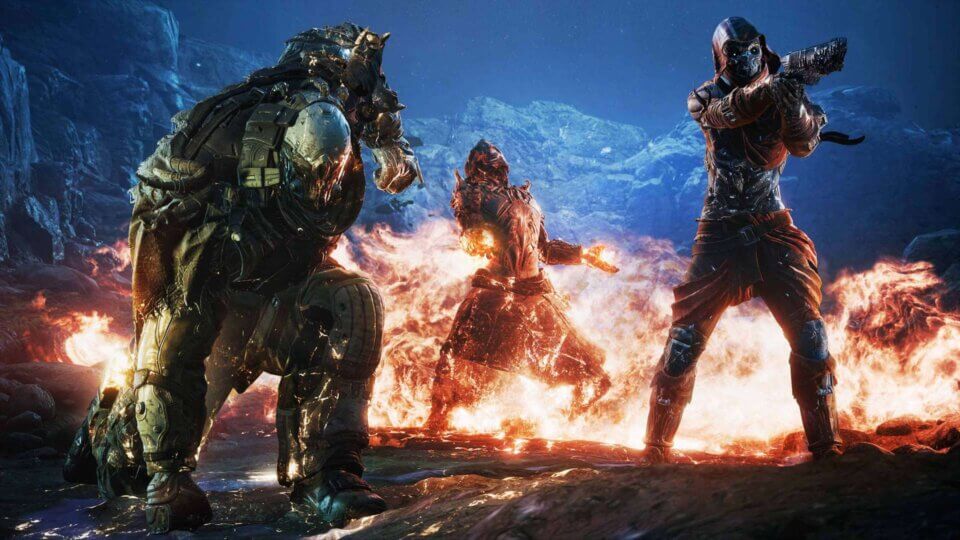 The World Tier difficulty system allows you to tailor the difficulty of the missions you decide to take on with the direct trade off being the chances for higher rarity loot drops. Playing on a lower World Tier level may make it a bit easier to take down those tougher enemy hordes but may make the grind for that legendary piece of gear you’ve been chasing all the longer. There’s also a real risk and reward balance on top of just getting better loot though. Dying will remove progress gained towards levelling up to reaching the next world tier, meaning the levels don’t just get harder, you need to stay on your toes at all times and do everything you can to survive to ensure your progress in the game keeps moving forward.

And even though you may play through the same encounters numerous times, with the frequency that I obtained new gear and swapped out my core loadouts, I found it remained interesting and unique compared to previous experiences with the same missions as the weapons and approach taken can change drastically run to run. 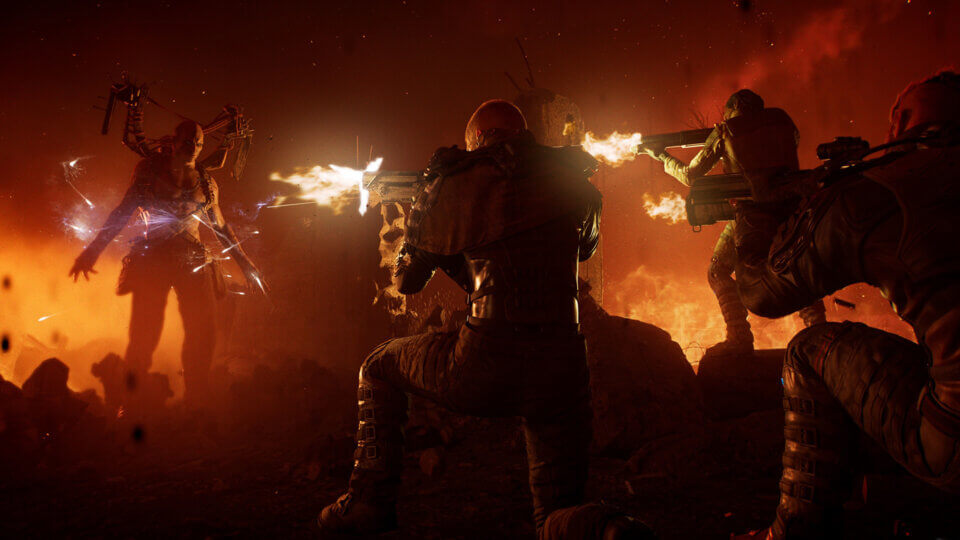 While I enjoyed my time with Outriders, and likely will in future as I’m sure the game will continue to evolve in future updates, it’s not without it’s share of issues. Of course we all experienced the server issues encountered during the launch week, and it did result in me losing some progress due to an early bug, these things have mostly been resolved in the weeks prior to launch. Although I did encounter bugs with the during a number of the cutscenes where characters would freeze or not react in the right way, lip synching was delayed or gone completely and times where the games environments would look off, with the lighting seeming to malfunction and not cast shadows correctly, making environments and characters look extremely flat in colour.

On a more minor scale, I did have frustrating issues that I experience in just about every cover based shooter where moving through the battlefield just doesn’t feel autonomous enough. I often would jump out of cover when I didn’t mean to, or end up moving to the wrong side of a piece of cover or run to a completely separate piece of cover to the one I wanted (or thought I had chosen). There was a bit of a learning curve to get this to become a non-issue but it was certainly frustrating early on when it did. I also had to find a setting in the game’s options menu to turn down the camera shake. It seems to be a design choice chosen for cutscenes but it made it really hard to focus on the scene as it made the game feel like a found-footage movie. After turning it down, things were much better, but thought it worth mentioning for those that may also be affected by the motion of the camera. 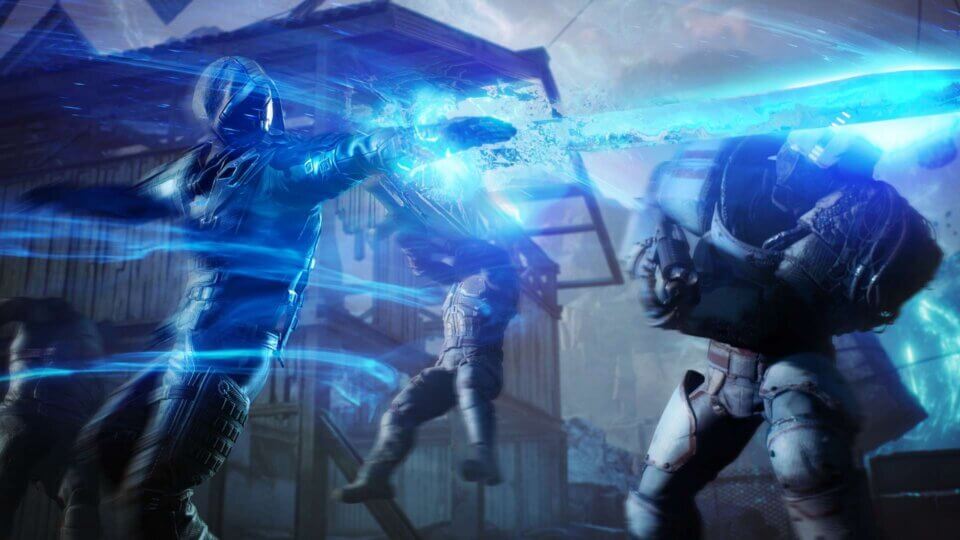 The thing that makes or breaks a live looter shooter is it’s ongoing support. I’m excited to see where Outrider’s endgame may go and what tweaks may be made to improve the game in the year’s to come. Outriders was a surprisingly solid looter-shooter and I haven’t been as addicted to a game of this type since the original Destiny launched back in 2014. Whether you play completely solo or with a group of friends, there’s a lot to keep you engaged and coming back to Outriders even though it does have some hurdles to overcome.

A PS4 review code was provided by the publisher for this review. Game reviewed using a PS5 system.