Mob Psycho 100 was a series that has been on my radar for a long time but I’d just never gotten around to watching. Much like One Punch Man which is also created by the same author I’d heard it talked about almost constantly while it was airing but didn’t take the plunge to watch it until some time later. And also like it’s sister series One Punch Man, when I finally sat down and watched Mob Psycho 100 I loved it just as much. It’s art style is quirky, it’s full of some great characters and every episode has laugh out loud moments that are in line with my kind of humour. 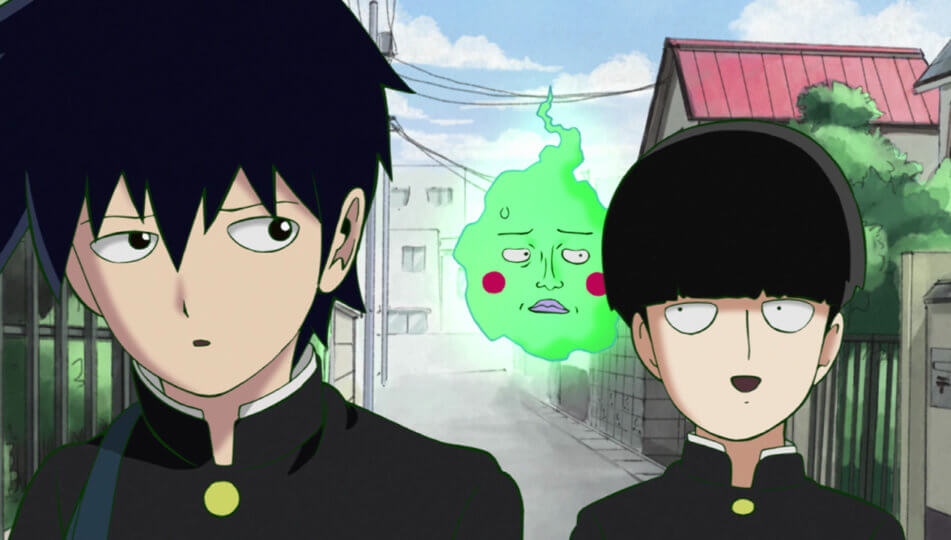 Mob Psycho 100 starts out following the life of Mob, an 8th grader with powerful psychic abilities who wants to be accepted and seen as popular but most of all it seems deep down he just wants to be normal. He spends his afternoons working with a con-man called Reigan exorcising evil spirits but his emotions become stunted after constantly trying to suppress his powers. But when in real danger or under stressful situations Mob’s body hits 100% and unleashes a dark and uncontrollable power.

One of the best things about the series is that although Mob is the titular character and the opening arc follows his life and explains his story and motives, the show later shifts and begins to share the protagonist role to a number of its 4-5 core cast members. With some of the episodes in the middle of the season having little to do with Mob at all. 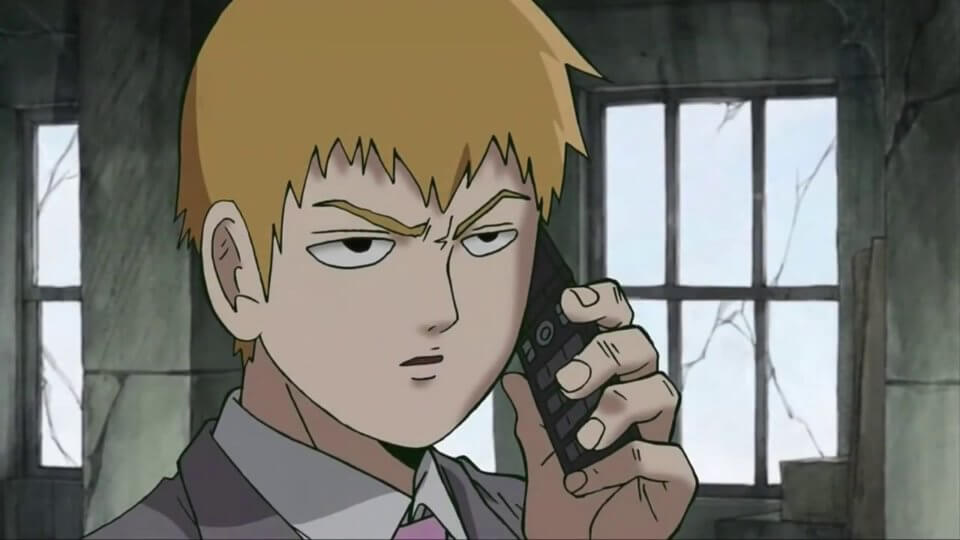 This is something rarely seen in anime and I liked that it gave other characters a moment to shine and further develop them. Although the first season has a decent sized cast, especially in scenes involving the school it pulls the focus in and does a great job developing the key 4 or so characters that are at the forefront of these 12 episodes.

Another thing that kept the show really fresh and easy to watch was that the main plot kept shifting every 3-4 episodes. After watching the first few episodes I thought I knew what kind of show I was in for but that was quickly shown how wrong I was when the show changed direction and started focusing on different things and introducing new challenges for the characters. Mob Psycho 100’s first season doesn’t just perform this shift once but manages to do it 3 times in just 12 episodes. Keeping things interesting for the viewer, introducing new obstacles for the characters and never letting the pacing of the series slow down. 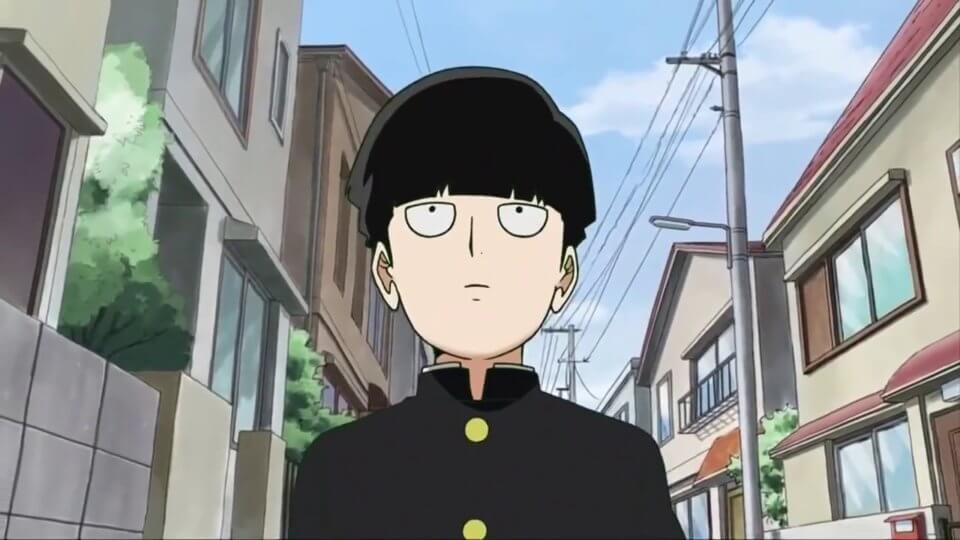 Now much like the One Punch Man series Mob Psycho 100 won’t be for everyone. I can see how quite a few could write it off and not give it the time of day just based on it’s quirky ever changing art direction but please if you are even remotely interested in checking out what all the fuss is about and love stories with great characters, top notch animation and over the top powers and abilities look past the art style and give the first couple of episodes a watch and see if they pull you in.

The series is animated by Bones and although it looks very simplistic at times it is by design to pay homage in those scenes to the original authors work. The animation work is stellar, the action packed combat sequences look smooth and incredibly detailed. With pieces of the background often being destroyed on screen and debris sent flying throughout. It’s a show that looks very pleasing to the eyes especially if you watch the Bluray release.

The home release includes both the Bluray and DVD versions of the series in one collection. It appears this is the way many Funimation releases are going and it allows them to release both versions of the product under one SKU. Madman also announced last year that it was slowing down production of DVD’s and heading towards a Bluray only future. This may have been because Funimation had already planned to do the same to some extent.

The set includes 4 discs with 2 being the series on Bluray and 2 DVDs containing the same 12 episodes. The show can be watched either in Japanese with English subtitles or dubbed in English.

For those that love special features with their home releases the Mob Psycho 100 set has some great extras. It has the clean opening and closing songs and trailers for other Funimation titles that have become standard across the board these days but it also features a 10 second long 100 frame flip book video, promo videos for the series and a series of Mob Psycho shorts. These act almost like deleted or expanded scenes that provide more back story into the characters or further expand on the lead up or aftermath of a scene from the series. But they are animated using pixel art and look like a Super Nintendo game. There are around 15 shorts with all of them running about 40 minutes in total. 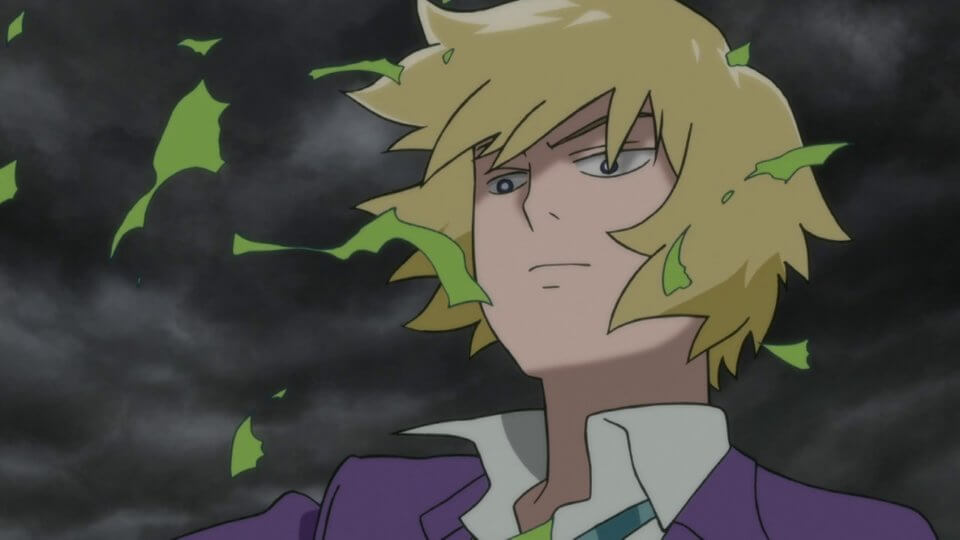 There’s a reason people won’t stop talking about Mob Psycho 100, it’s because it’s brilliant. It has quirky yet interesting characters, fantastic pacing and a storyline that always keeps things fresh by changing up where the story is heading every few episodes. The art direction won’t be for everyone but for those that do watch it you’re in for an absolutely hilarious series with some of the best animated combat sequences of recent years.