Just like their movie counterparts, horror video games of recent years have been hit or miss affairs. Many either trying to capitilise on the release of a related film, being a VR title packed with cheap jump-scares or telling a story within a world that isn’t developed, leading to a shallow experience. There are of course some great horror experiences that have been released recently, but they seem to be the exception. Thankfully Supermassive Game’s first entry in The Dark Pictures anthology, Man of Medan presents a great horror experience with a captivating setting, interesting characters and near endless replayability. 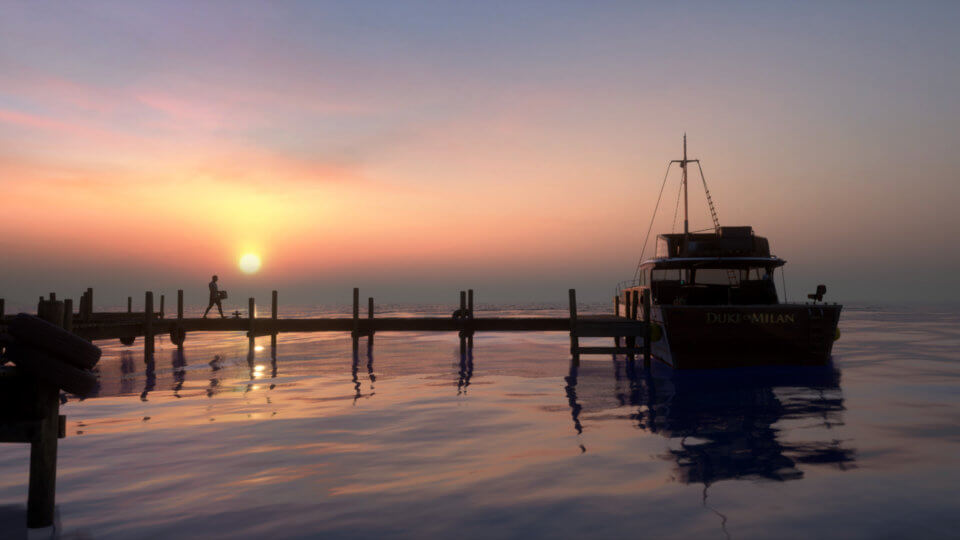 The gameplay of Man of Medan plays out as a cinematic, interactive choose your own adventure storybook. If playing alone, you’ll swap between all 5 of it’s playable characters at various points in the game, getting to make choices on their behalf during the dialogue sequences, many of which come with very real consequences. Some of which play out immediately, while others won’t reveal the repercussions of the choice until much later on. Every character in Man of Medan is capable of dying or surviving the adventure which adds additional weight to each choice you need to make and shows how well crafted the narrative is and how adaptive Supermassive’s tech that handles the game’s structure is.

The story of Man of Medan centres around a group of 5 adults that head out to sea on a diving expedition. But after an unexpected boarding, they find themselves trapped aboard a large ghost ship that is mysteriously drifting deep out at sea. Unable to escape, they need to work together to traverse the haunted halls of the ship and hopefully get out of there alive.

As mentioned, everyone in the story can live or die based on your choices, meaning you can have a very different experience to that of a friend also playing the game. Characters that they had alive at the end of the game may have died within the first hour for you. This offers a massive amount of replayability to Man of Medan, with the team mentioning in the past that there are close to 70 different death scenes across it’s 5 characters. Although the main story can be beaten in about 5-6 hours, you’ll no doubt want to dive back in and see how differently things may have played out had you made other choices.

Man of Medan has a number of similarities to Supermassive’s previous horror title Until Dawn. Not only is it a choose your own adventure title where each character can live or die, but Man of Medan also adopts the collectibles system, where key items can be found, picked up, moved around and read to reveal more information about the previous inhabitants of the Medan and learn more about the supernatural mysteries of the ship. Also returning are the premonition items, in Medan they take the form of photo frames scattered throughout the ship, which upon viewing will provide a glimpse into a future event that may come true if certain decisions are made. The final main similarity comes in the form of The Curator, a character that will talk to you in between the main chapters of the game and as he mentions, is the curator of stories. He will act as a ‘Cryptkeeper’ style character that will act as the host across the numerous titles in The Dark Pictures series.

Just like the main story, it will likely take you multiple playthroughs to find all the collectible items hidden on the ship. Finding them all doesn’t just reward you with a trophy or achievement, it will also unlock new segments in the game’s Special Features menu.

The Special Features menu offers some interesting and complementary viewing that you can dive into after finishing the main game. There’s an interesting short documentary that talks about the history of anthological horror, featuring the works of writers like H.P Lovecraft, an interview with Shawn Ashmore about his character Conrad, behind the scenes character deep dives and a feature about the secrets of the Medan. Unlocking these featurettes require a number of tasks to be completed in-game, giving further incentive to jump in for multiple playthroughs. 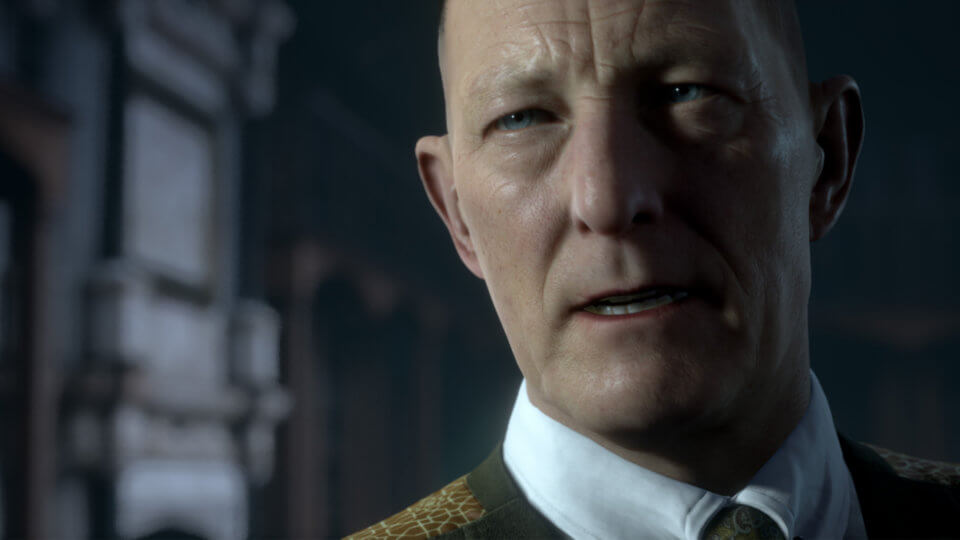 Man of Medan’s marketing tagline is “Don’t Play Alone” and that’s not just because the game is scary and you may need someone to hold, but because the game has been designed to be a social experience too. Of course you can play through the whole game solo, taking control of and making decisions for every character in the game, but Man of Medan also supports multiplayer. There’s the Shared Story Mode where you and another online player play through the story together, each in charge of specific characters and their decisions. Then there’s also the Movie Night Mode, an offline co-op experience where up-to 5 players can play together, each controlling a specific character’s adventure and passing the controller around as the chapters progress.

For players who pre-order, you’ll also gain early access to the game’s Curator’s Cut where you’re able to jump back in after finishing the game to play through the story again but from the perspective of different characters that took the focus the first time around. Once again encouraging more encouragement to play again.

One of Man of Medan’s highlights are it’s characters and it’s setting. The ship is seriously spooky, dimly lit and crawling with an ever present and supernatural threat that isn’t fully explained until the final chapters of the game. It’s characters start out fitting the bill for your standard horror story character tropes, but quickly become deeper and more likable as the story goes on and you realise they are more layered than initially presented. This made me really feel like I had failed them when my choices lead any of them to die, especially ones that fell towards the end of the game and had been going strong throughout the journey up until that point. 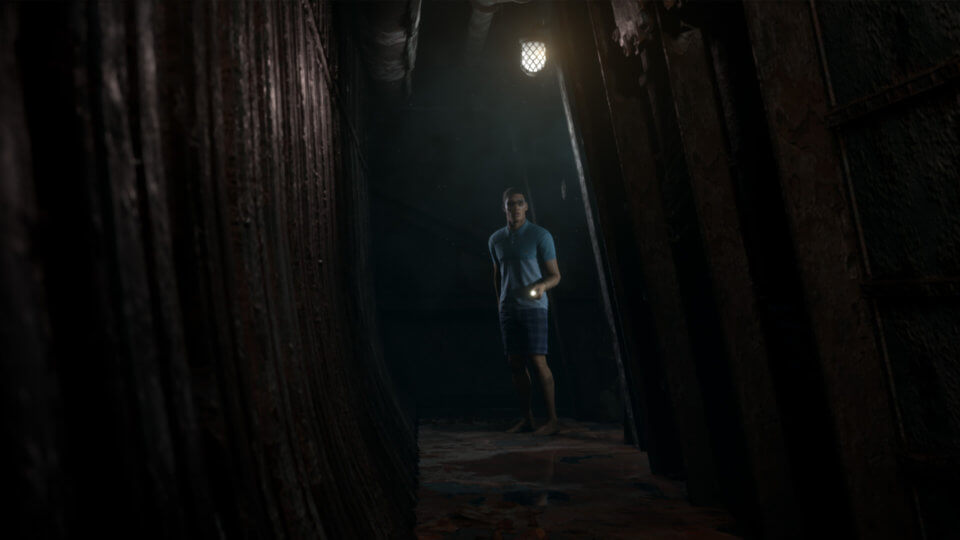 The game isn’t without some flaws though. The camera angles in most of the rooms on the ship are framed to provide a cinematic and certain presentation to the scene. At times this framing made it difficult to easily maneuver the room and I found my characters getting stuck on things I couldn’t see. It also made some of the collectibles really hard to spot and collect, this may have been a design choice, using the framing of the scene to artificially ‘hide’ certain items but I would have preferred to have them easily viewable and just hidden off the main path of the game.

I also ran into quite a few performance issues during my playthroughs as well. These didn’t occur during actual gameplay segments, and thankfully didn’t pop up during any of the game’s fast paced, time critical quick-time events but during a number of the cutscenes there were noticeable framerate drops, audio sync issues with the on-screen subtitles and even times where the game froze slightly. This was with a review build of the game, so thankfully a future patch may be able to rectify some of these problems. 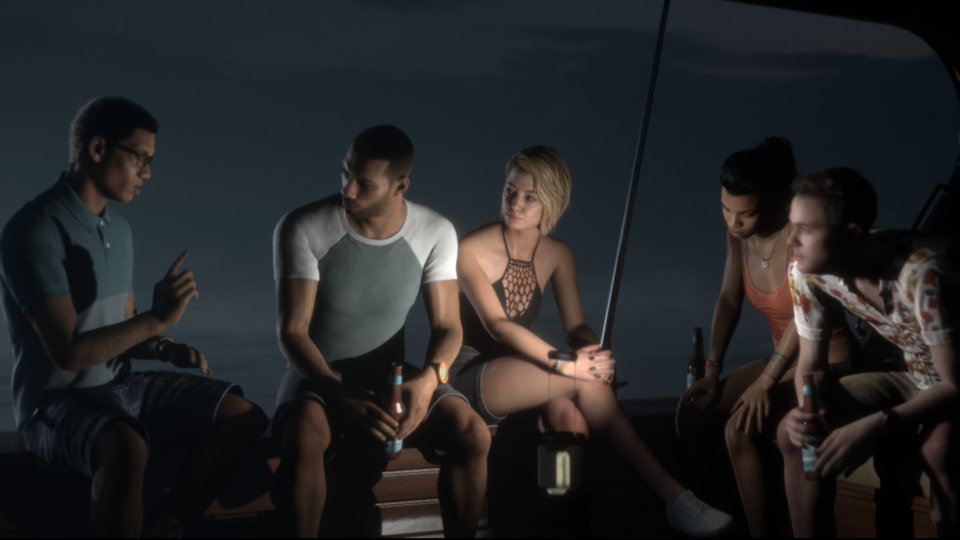 Man of Medan is a great first entry in what looks to be a very engaging and spooky anthology series. I loved it’s spooky setting, it’s environmental storytelling and the vastly different ways it’s story could play out. Whether you choose to play it alone or with others, you’re in for a really fun and tight horror experience. I’m really looking forward to what’s to come in The Dark Pictures anthology.