Coexistence is the fifth film in the Digimon Adventure Tri series and picks up right where the previous film Loss left us. Meicoomon has been forced to the point of full corruption thanks to Dark Gennai’s torturous methods and distortions have begun opening that allow Digimon to travel through to the real world causing wide-spread destruction.

This causes people to detest the existence of Digimon. The Digi-Destined are arrested and then ostracised for their stance on supporting Digimon before realising that the Digital world has become sentient and is attempting to rid both them and Meicoomon from the world as it see’s them as an infection. It’s a race against time with the Digi-Destined trying to fight back and resolve the conflict in the Digi-World before it fully swallows the real world. 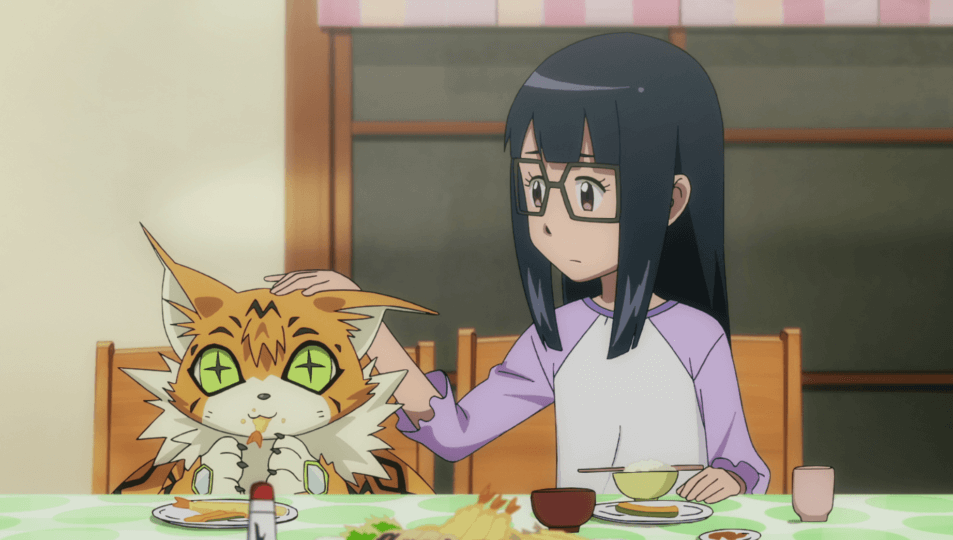 Right off the bat I’ll state that this was not my favourite of the Digimon Adventure Tri films. It follows much the same formula as the second film Determination did with the first two thirds or so being quite slow paced and focusing on the life and struggles of one of the Digi-Destined, in this case Meiko, before ramping up in the final act and giving us some great story moments and the action we’ve come to love from the Digimon series.

The first hour of the 85 minute film focuses a lot on the core theme of bonds. Primarily discussing the unique symbiotic bond that Meiko and Meicoomon share as well as spending some time with the Digi-Destined group to broadly show the bonds they share with their partner Digimon as well as each other.

Meanwhile Hackmon has a discussion with Nishijima that provides more insight into why Meicoomon is such a critical part of this whole Tri story. 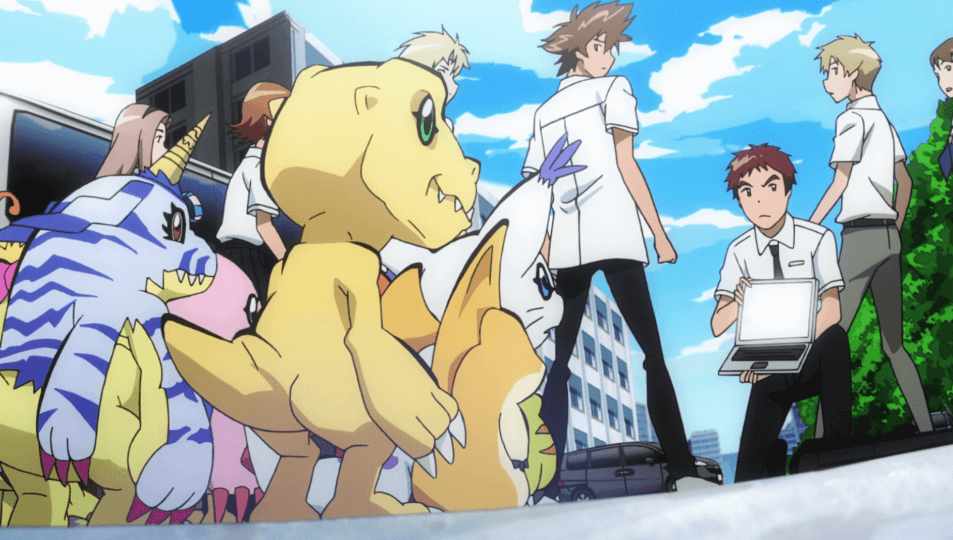 These scenes are quite slow and dialogue heavy but what makes the opening hour so much worse is that these same discussions and thematic moments are repeated numerous times during the first 2 acts of the film.

If they had shaved the opening hour in half and then stuck on the final 25 minutes of this film it would have been a great hour long entry in the Tri series. Unfortunately I spent a lot of the time watching the first 2 acts waiting for things to get good.

Thankfully when it jumps into the final act things get really good. It did redeem the film a bit and ended with a twist that made me really excited to see what they’re going to do in the final film in this series.

One of my main gripes with not only these films so far but the Digimon series in general are how it’s action sequences are often slowed down in scenes involving multiple Digimon when it comes to the Digivolution animations. They are played from start to finish for each Digimon participating in the battle with each taking 20-30 seconds. I was so pleased to see that they’ve done away with this approach (at least for this film anyway, let’s see if it returns in the 6th one) and had all 8 Digimon’s Digivolution sequences play out simultaneously on the screen, saving so much time. 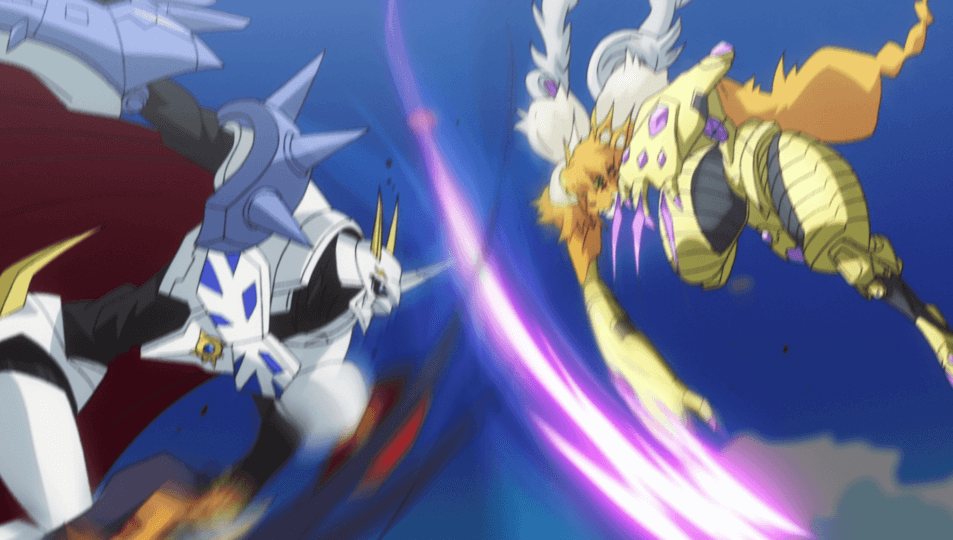 The home release set for Coexistence includes the film that can be watched in either English or in Japanese with English subtitles. In terms of extra’s, the set includes an interview with Johnny Yong Bosch where he talks about playing the part of T.K, who T.K is as a character and the feeling of playing a character originally voiced by someone else. It’s a fairly short segment but it’s always great to see the behind the scenes things they include on the Tri home release sets.

As I have mentioned in pretty much every review for the Tri series thus far, the animation, voice acting and music continue to be solid here. If the film just had better pacing or had been shorter it would have made it one of the better entries in the Tri series. 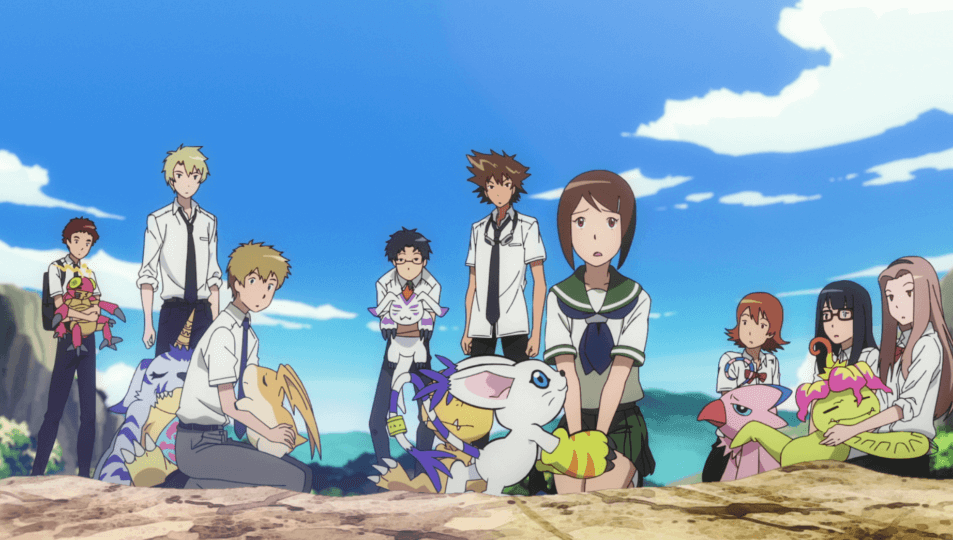 Even though it’s first 2 acts are paced very slowly, Digimon Adventure Tri: Coexistence does reveal some fresh details about Meiko, the Digi-Destined and the Digital World itself. It’s third act along with it’s twist ending did redeem the film a bit for me and it has paved the way for the 6th film to come out of the gates running. I’m really hoping for a strong finish for the Digimon Adventure Tri as the actions in this film have had some very real consequences on both the real and Digital worlds.