Spoiler Warning! This review does contain some minor spoilers for both Danganronpa: The Animation and the Danganronpa 2: Goodbye Despair game.

Watching through Danganronpa 3 is an experience unlike any other I’ve had with an anime series. It is the sequel to an anime series, while also acting as both a prequel and a sequel to selected games from the Danganronpa franchise. Because of that, a decent knowledge of the series’ lore is required before diving into this series to get full enjoyment out of it. I know you might be thinking, “it has a ‘3’ in it’s title of course you shouldn’t start here” but because of series like Final Fantasy and Persona that use a sequential numbering format for their games despite them having little to no relation to one another I thought it would be worth mentioning that Danganronpa 3: The End of Hope’s Peak High School is not a good starting point for those unfamiliar with the Danganronpa series.

The End of Hope’s Peak High School consists of 2 core arcs, the Future Arc and the Despair Arc, well technically 3 arcs as the 24th and final episode is referred to as the Hope Arc. And these are available as 2 separate sets when it comes to the home releases. Meaning you really need both sets to experience the full story. Because as I’ll explain further on, this isn’t a show where you watch one arc followed by the other in a sequential order. The Future Arc and the Despair Arc should be viewed as 2 sides of the same coin.

The series acts as the conclusion to the story of Hope’s Peak Academy, the elite school where people with Ultimate Talents were forced into the killing game that was told in Danganronpa 1 and provides insight into what was going on behind the scenes, revealing how the school managed to descend to the point where people were forced to murder each other.

A Tale Of 2 Sides 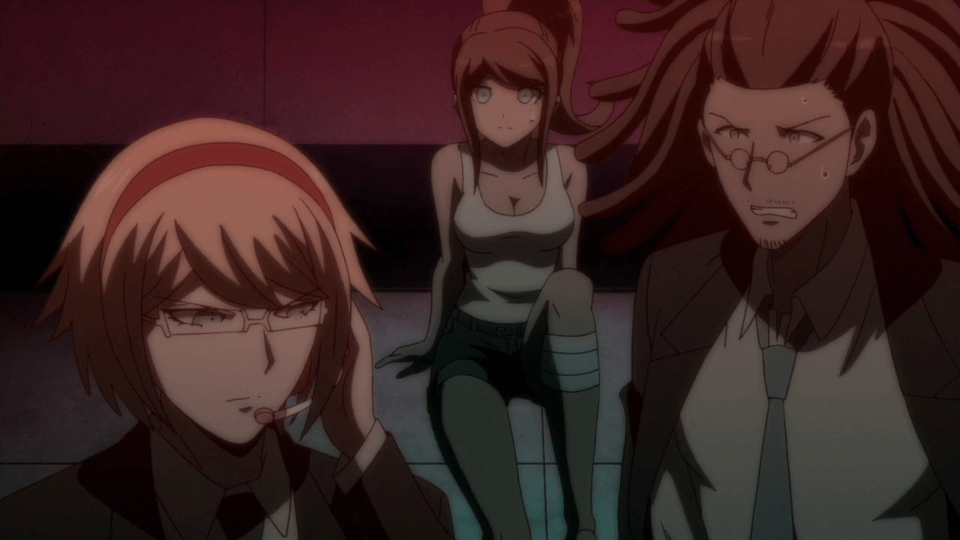 The Future Arc takes place after the events of the Danganronpa 2: Goodbye Despair video game and picks up as Makoto Naegi is arrested and brought before the Future Foundation to be trialed for treason for harboring the Remnants of Despair from the second game. As the Future Foundation are deciding Makoto’s punishment they find themselves imprisoned by everyone’s favourite maniacal bear Monokuma and forced into a final killing game, instructed to find a traitor amongst them that will murder one person every night the game remains unfinished. Each of the members also given a different forbidden action that only they are aware of, and if they break it, become instantly killed by a poison administered via bracelets they were locked into as the game started. Some of these actions include not being able to run in the hallway, telling a lie or eating food. These add a deeper level of entertainment and make for some really exciting and sad moments in the Future Arc.

The Despair Arc takes place before the first Danganronpa game, Trigger Happy Havoc, chronologically putting it as the earliest point in the lore so far. It follows Chisa Yukizome, a homeroom teacher for the Hope Peak Academy’s 77th Class of Ultimate students, the ones that go on to be the students in the second game. It shows us what caused this prestigious school to turn into the ultimate killing ground and also shows the rise to insanity of the despair loving Junko Enoshima that leads to a big event in the Danganronpa lore known as “The Biggest, Most Awful, Most Tragic Event in Human History.”

Make Sure You Consume It The Right Way 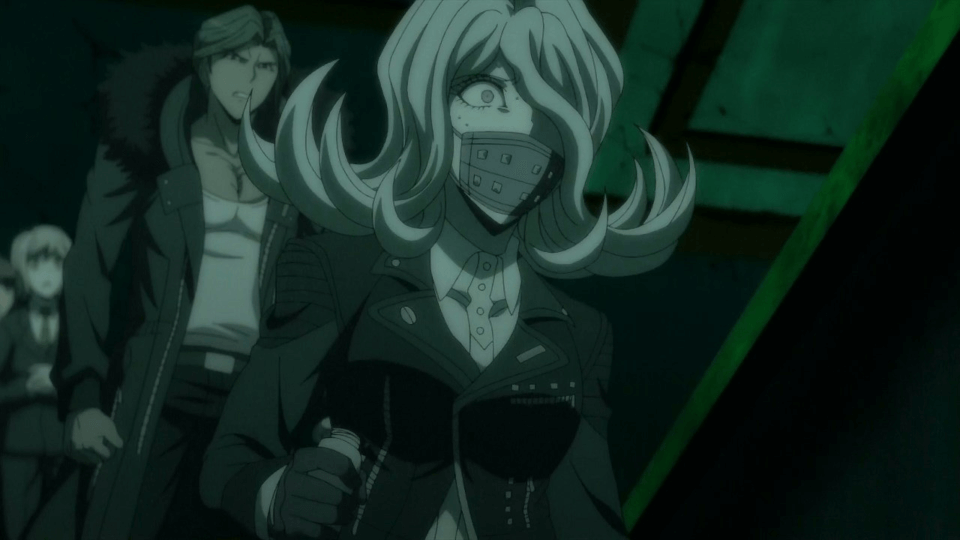 As I mentioned this isn’t a show where you complete one series and then move onto the next set. The recommended way to experience the series is to watch the first episode of the Future Arc then the first of the Despair Arc and alternating until you complete all 24 episodes. This does begin to get tedious, changing the discs between every episode if you’re watching the home releases, although if you prefer to consume your anime via streams there would be zero issue. This is to reflect how it was originally aired in Japan with one episode of Future and Despair airing concurrently each week. Often characters featured in an episode of Future get their back story or motivations revealed in the following episode of Despair so I would recommend using the alternating viewing method if possible to you as it results in a more cohesive story.

After watching the first few episodes of each arc I thought the 2 series were going to echo the 2 main aspects of the games, with the Future Arc being the darker, murderous and investigation story and the Despair side being the ‘Free Time’ light hearted portion of the games due to the slice of life nature the first few episodes followed. By about the mid-way point in the series I realised I was so wrong thinking that, as the Despair arc goes on to contain some of the darkest and gruesome moments out of the whole franchise. 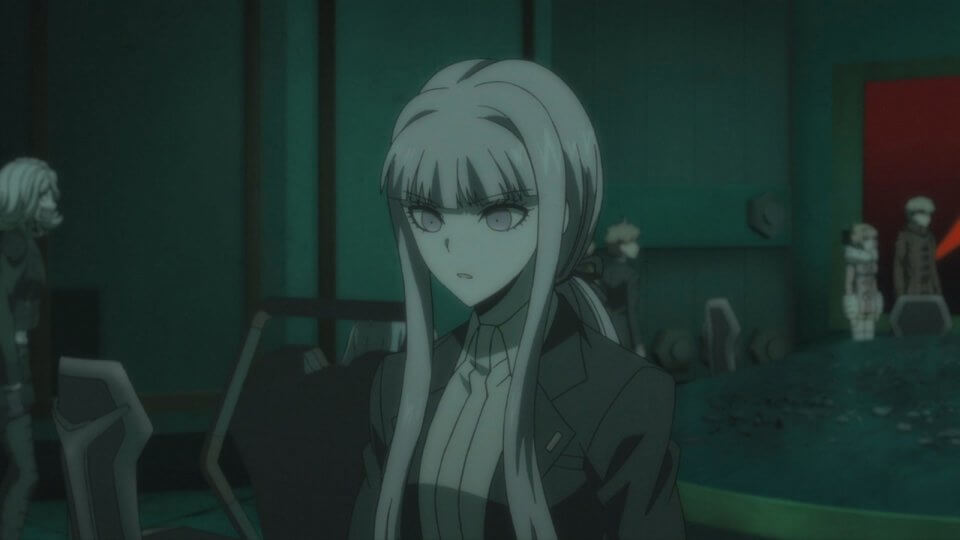 It Wouldn’t Be Danganronpa Without The Blood

The series is packed full of great plot twists you don’t see coming, which is to be expected from Danganronpa at this point and has moments that will have you on the edge of your seat in excitement for what will come next. And although just about every episode from both series ends in a cliffhanger that makes you want to jump right into the next episode the middle sections of some episodes feel like drawn out filler and contain far too much exposition at times.

While I did enjoy the series overall and loved how it filled in quite a lot of the series’ lore It didn’t pull me in and have me addicted to watching as the first Danganronpa anime did. The school killing game was a genius concept and appealed to me more personally than some of the stories told here. I also found the ending to be a little too charming and happy and didn’t fit with the tone of the series. Some people will love it but to me it felt like the ‘safe option’ to keep people happy.

How To Get Caught Up

If you’re looking to get into the Danganronpa series don’t start with this set. Instead watch the first series Danganronpa: The animation which is a very faithful retelling of the first game, Trigger Happy Havoc. You should then play the second game Goodbye Despair, or if you don’t have the 30+ hours required to do so, at least watch a recap synopsis video to understand the events of the second game. It’s unfortunate this series revolves so highly around the characters of the second game, but there isn’t an animated adaptation of it. Then you’re ready to enjoy this series that fills in the story after Danganronpa 2 and the events prior to Danganronpa 1. 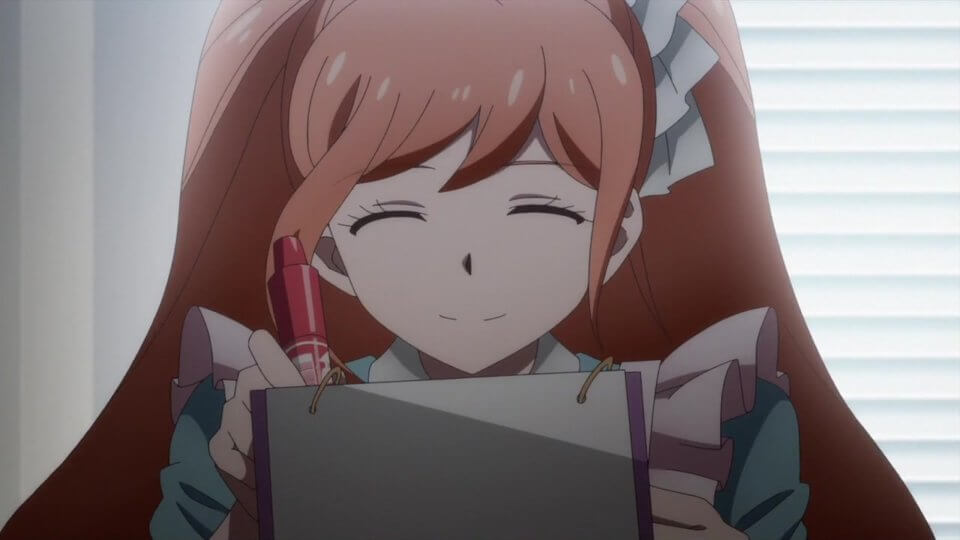 Because it’s barrier of entry requires knowledge of a story currently only available by playing one of the games I wouldn’t recommend the series to anime fans just looking to enjoy a good story. However if you have seen the prior animated series or are a fan of the game series, there is a lot here you’re going to enjoy. Danganronpa 3: The End of Hope’s Peak High School expands on characters we know and love, introduces some great brand new ones and contains a brand new killing game with unique twists. It’s episode viewing structure seems strange at first but comes together in a great package as the episodes from each arc bounce off each other.

Like our Danganronpa 3: The End of Hope’s Peak High School Review and want to check out what we thought of the game that takes place after this series? Read our review of Danganronpa V3 Killing Harmony.

DVD review copies of Danganronpa 3: The End of Hope’s Peak High School – Despair Arc and Future Arc were provided by Madman Entertainment for the purpose of this review.