Growing up, Crash Bandicoot was one of my favourite video game franchises. It was the first game I ever played on my original PlayStation and I enjoyed picking up and playing every release that came in the years that followed. Yes, even the less than great entries that came about during the PS2 era. They were admittedly not great, and now 22 years on from the release of Crash Bandicoot 3: Warped, we now have a legitimate sequel in the form of Crash Bandicoot 4: It’s About Time, which not only acts as a sequel but also a retcon and reboot of my favourite 3D platforming game of all time. 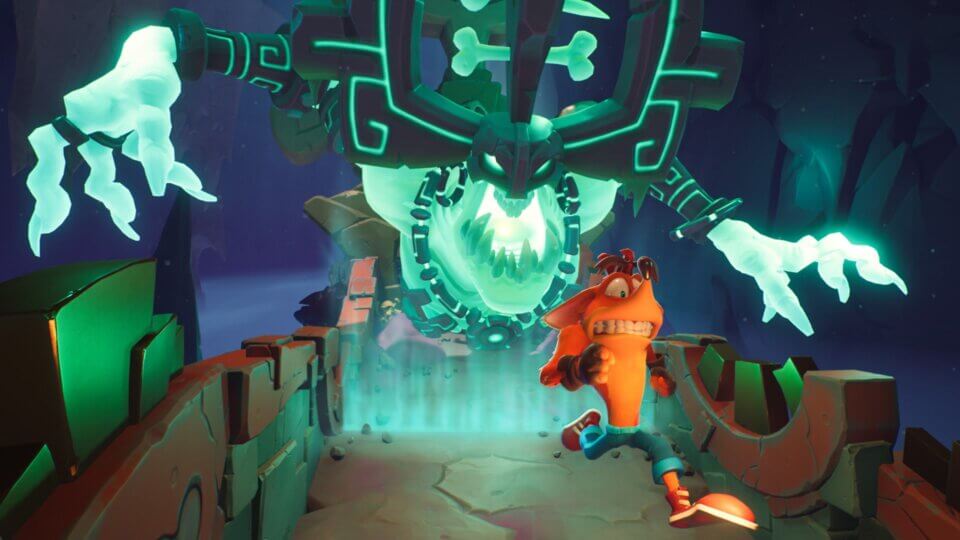 Crash 4 has been developed by the team at Toys for Bob, known best for their work creating the Skylanders series of games, as well as the Crash N.Sane Trilogy and Spyro Reignited remakes. But although this brand new, original entry isn’t helmed by the same developers that made the original 3 games so great, Crash 4 feels just like it was.

The game is so faithful to the spirit of the original trilogy that it really just feels like ‘more crash’, and I mean that in the best way possible. Toys for Bob really understand what made the original Crash titles special and have given us a whole new game that feels like a true continuation of the original trilogy, with a number of quality of life improvements thrown in to bring the game into the modern era, such as the helpful introduction of the shadow rings that appear under Crash as he jumps, indicating where he will land. 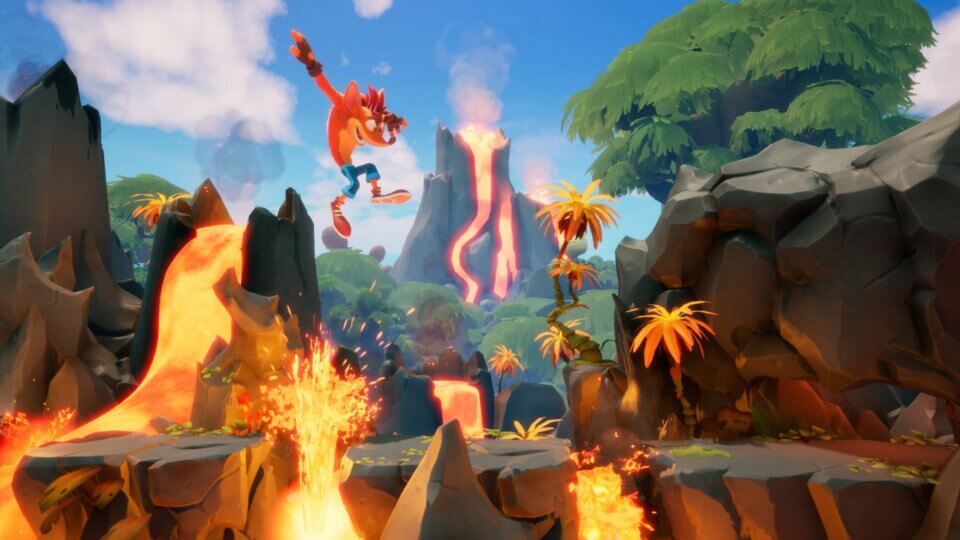 Crash’s standard array of abilities are present from the get-go. And if you’re familiar with how the previous games in the entry felt to play, you’ll be right at home as soon as you boot up the game for the first time. Double jumping, sliding, body slams and spins will get you on your way when starting Crash 4, but the biggest changeup, mechanics-wise to how this game plays comes in the form of the 4 Quantum Masks that are gained as you progress through the game’s worlds.

They have the ability to slow down time, provide increased spin velocity, flip gravity and travelling between parallel dimensions, allowing for some cleverly designed levels and provide an immense challenge in many of Crash 4’s stages.

As someone who considers themselves quite up to the challenge, and has the platinum trophy in all 3 previous N.Sane Trilogy games, I can say without a doubt that the consistent challenge on display in this game far outweighs the difficulty of the previous games. The levels aren’t just more challenging thanks to the increased mechanics the masks provide, but they are so much longer in overall length too. It was rare to have a level in the original trilogy that contained over 100 boxes to break, where most stages in Crash 4 have over 200 possible boxes to collect to chase down those lucrative gems. 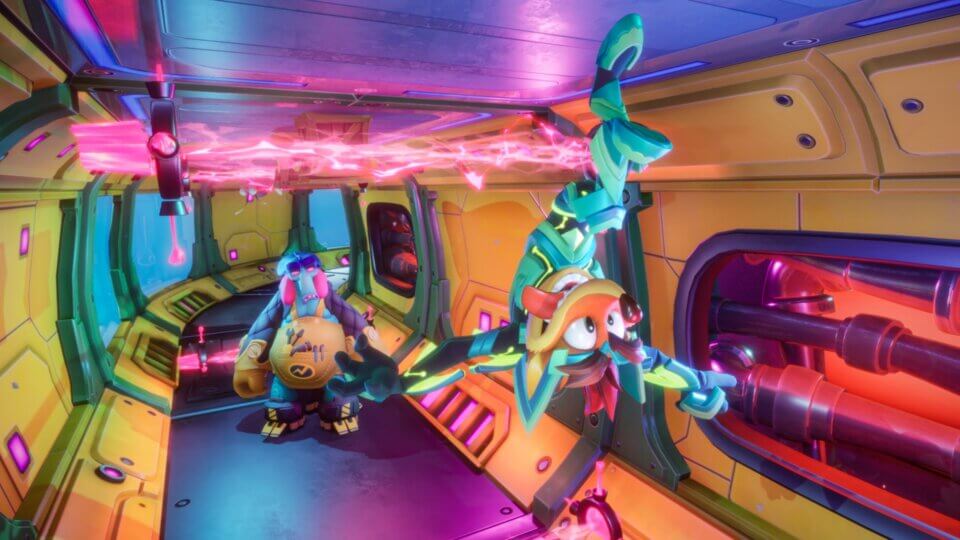 Thankfully this increased challenge is somewhat offset by the new way Crash 4 approaches ‘lives’. Rather than having a fixed number of lives that decrease as you die within the stages, leading to an eventual game-over. Crash 4 instead utilises a death counter mechanic that simply keeps track of how many times throughout the stage you failed, without penalising you or making you start the stage over after reaching a game-over, but does offer rewards to those that manage to beat stages with less than 3 deaths on the board so there is still an incentive to be careful during your adventure.

But for those Crash Bandicoot purists out there, you can disable the lives counter mode and instead play the game in Retro Mode, which does change the game back to being on a counted life based system, but it’s truly for the brave and not something I’ve dabbled in too much at all just due to the game’s challenge. 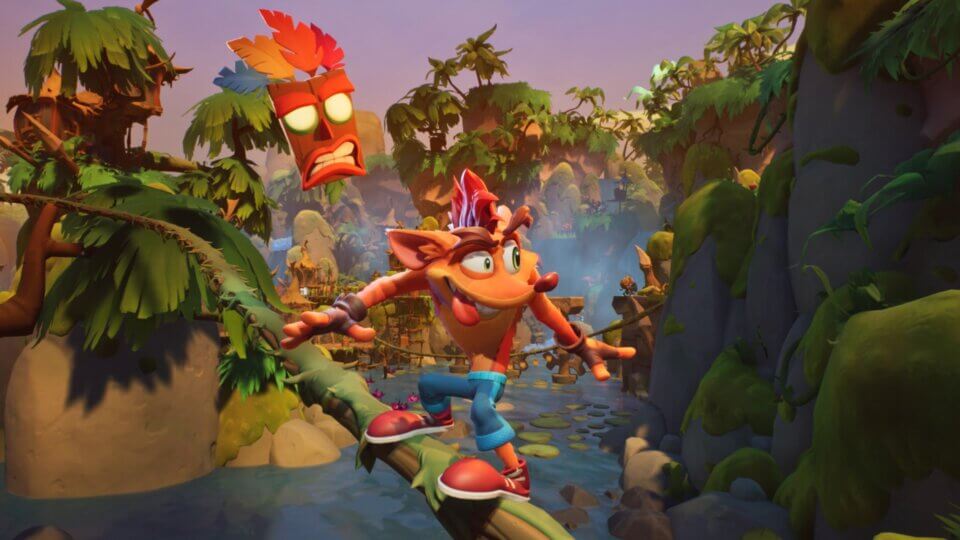 Not only are the levels so much longer but the overall game has so much replay value, it’s going to keep players entertained for ages. Where previous Crash game stages had 1, sometimes occasionally 2 gems to collect per stage, Crash 4 has up to 12 that can be earned. With gems being rewarded for collecting certain percentages of the boxes throughout a stage, finding the hidden gem, dying less than 3 times and of course for finding all of the boxes within a stage. The gems collected can then be used to unlock one of the many character skins on offer for Crash and Coco.

But it’s not all about the gems. Crash 4 has challenging Lost Tape flashback levels to find and unlock, time trials to complete which reward you for completing stages as fast as possible and a new Inverted Mode that allows you to replay stages with some really interesting twists on offer. We had to wait a long time for a new and original Crash game, but there’s no shortage of game here.

Even if the game is ‘About Time’ it’s not all About Crash. You have the option of playing through each of the main stages as either Crash or his sister Coco, but for the first time, additional playable characters are available to use in select side spin-off levels. These were all revealed in pre-release marketing material so I don’t really feel like I’m spoiling anything here, but within various stages, Cortex, Dingodile and a multiverse version of Crash’s old girlfriend Tawna are all available to play as. Best of all, each of these characters come with their own individual abilities and each feel unique to play, providing a refreshing break from playing through level after level as Crash. 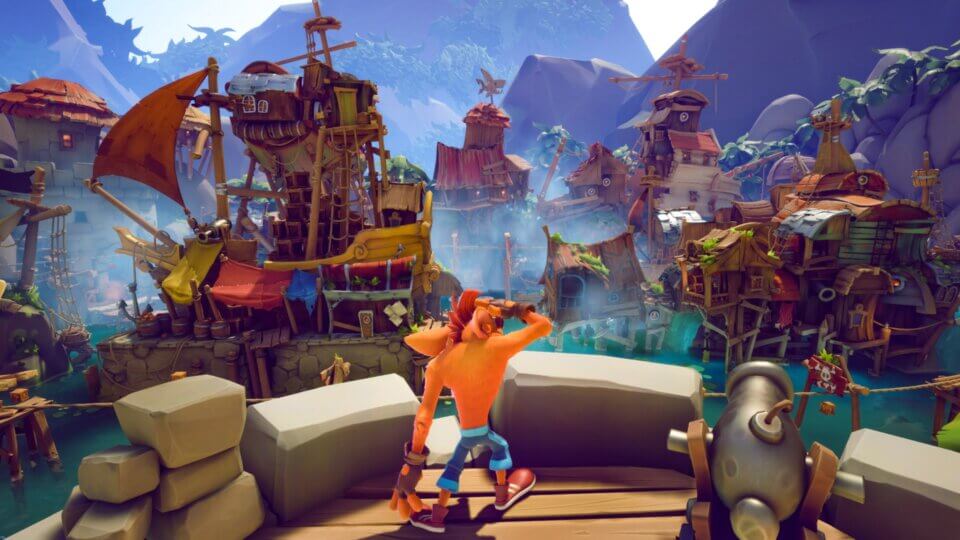 It was a long 22 year wait, but it has been worth it to finally get a true sequel to the Crash games of the past. It’s something I didn’t think we’d ever get, but I’m incredibly glad we did as Toys for Bob have nailed the look and feel of Crash Bandicoot. The fun is there, the challenge is definitely there and I hope it means positive things for the future of the Crash Bandicoot franchise in the coming years.