The original Basilisk series, Basilisk: The Kouga Ninja Scrolls holds a special place in my heart. I remember getting the big box set back in around 2006-07 and once I started watching it, I couldn’t stop. I binge watched the whole thing during a period where I was meant to be studying for my high-school exams. I still own that box set today and ocassionally put it on to enjoy the series again. So when I found out that over 10 years later we’d be getting more Basilisk in the form of a sequel series, I was pretty excited. But while some of the format of the show is the same, dealing with a feud between two opposing clans and possessing some coolly designed characters with interesting abilities, it has so far failed to live up to the bar set by the original series. 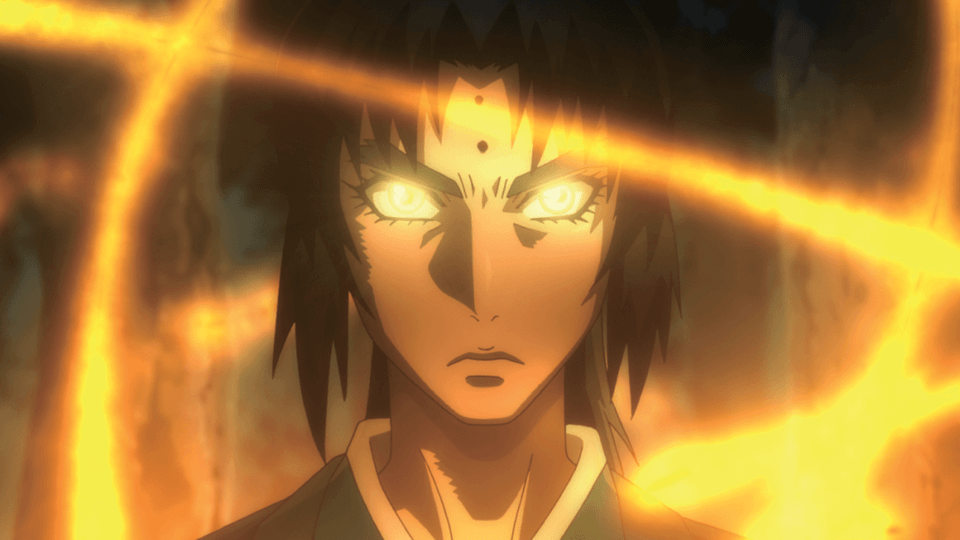 Basilisk: The Ouka Ninja Scrolls as I mentioned is a sequel series, and it takes place 10 years after the events of the original. After the Kouga and Iga clans’ fighting forces were mostly wiped out during the events of the season, this series draws focus to the successors of the clans. The children of Gennousuke and Oboro, the lead characters from the first season, Hachirō Kōga and Hibiki Iga. Both children carry the similar eye abilities their parents possessed with Hachiro able to force enemies to kill themselves and Hibiki able to neutralise the abilities of anyone that makes eye contact with her. With the bloodshed now over, the lands are at peace. That is until a new enemy group, the Joujinshuu appear, forcing the Kouga and Iga clans to put asside their differences, construct a team of fighters and do their best to put an end to the Joujinshuu’s plans.

The Ouka Ninja Scrolls is fairly welcoming to newcomers of the Basilisk series, which is a good thing, seeing as the original series hasn’t been available here in Australia for some time and it isn’t currently on any streaming platforms. But if you can track it down and get your hands on it, I can’t recommend it enough. This season takes it’s time letting you know what you need to, to at least be able to follow the plot and understand this part of the story. 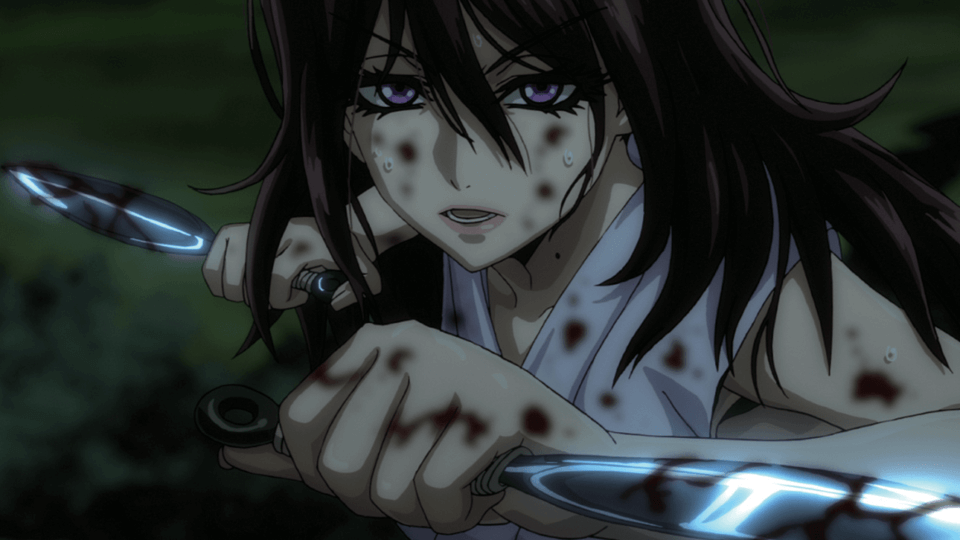 Unfortunately, I didn’t find the overall plot anywhere near as engaging as the original series and it’s really disappointing to have to say that. I loved the formula the original used and it’s Battle Royale style conflict left no one safe and allowed the story to be constantly unpredictable. Where the plot in the original series was established in the first episode and then took off at speed from there, this series I found started quite slowly, with the first 5-6 episodes primarily being used as exposition, bringing the viewer up on the history of the Iga and Kouga clans they’ll need to know, introducing the key goals of the villains and trying to develop the core cast of characters. Which slowed down the overall pacing and the longer it went on, started to lower my excitement for the series as it wasn’t exactly what I was wanting from this sequel.

And after spending all that time, something that they didn’t quite nail were the characters. Primarily giving them a personality and giving me a reason to be invested in them. When it comes to their designs and individual special abilities, I found them quite interesting but based on the 12 episodes in this set, I’m still yet to feel much attachment with any of the core cast from either clan because little time has been spent developing them or their backstories in any substantial way. And this also includes the 2 main characters which surprised me. In the original series the two protagonists were the head of their respective sides of the war, developed and while I personally found a number of the side cast to be ‘cooler’ and have better designs and abilities, they were normally always front and centre. Here the two lead characters, despite also being the clans’ successors have been pushed to the side, leaving it hard at times to determine who the main characters are.

Much like it’s parent series, The Ouka Ninja Scrolls is best when it goes back to focusing on the combat and action sequences. These are the moments in the series that shine brightest and highlight what each of the characters are capable or. It’s also where the animation shined too, as throughout the series the animation quality is hit-and-miss and it’s clear at times to see that shortcuts were taken. It’s as though the team at Seven Arcs Pictures knew that the combat scenarios were a highlight for the show and utilised most of their effort and resources there to make sure they looked great, which they did.

And during many of the scenes, as with the original series, there’s always a tense feeling when you’re watching and you can tell a fight is about to break out. Primarily because after watching the original Basilisk series you know that no one is safe from being killed off. This season is still packed with gore, action packed fight scenes (more in the second half of the set) and some really brutal death scenes. In these aspects, it nailed the same feeling the original series gave me.

But while the fights are good, there isn’t enough of them. At least in this first set anyway. As I mentioned, the first 5-6 episodes are on the slow side. Things start to ramp up towards the end of this set but then just as it’s pulling me in, the 12 episodes were over. 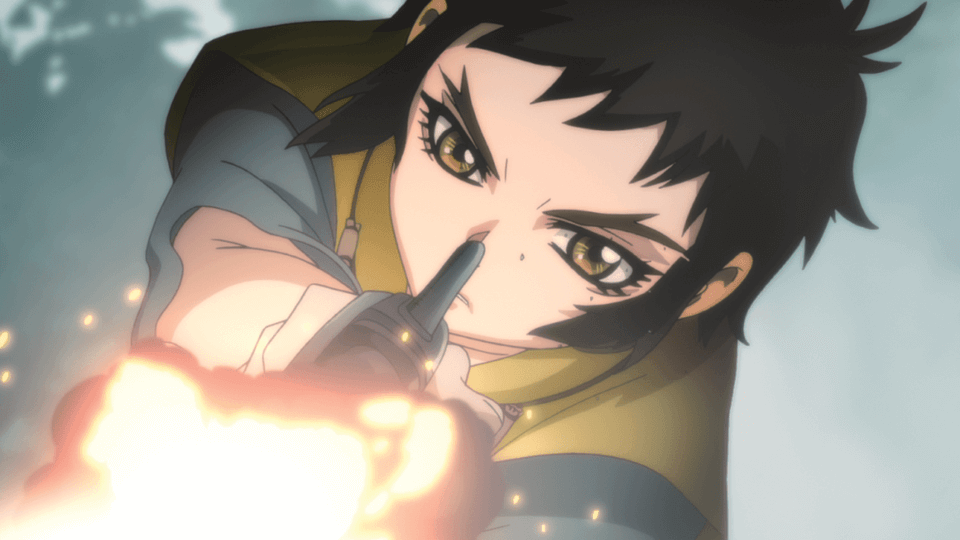 I’m really hoping things pick up in the second collection because once the plot found its new gear around halfway through this set, and when the action and combat began to ramp up, I started to enjoy the series a lot more and it was on its way to capturing some of the spirit of the original series that I continue to hold a special place for. So far Basilisk: The Ouka Ninja Scrolls is a good series but hasn’t yet shown me if it will be a great one.

The home release set includes the first 12 episodes of Basilisk: The Ouka Ninja Scrolls that are able to be viewed in either English or Japanese with subtitles. The set also includes both the Blu-Ray and DVD versions of the series in one package. Not only that, there is also a redeemable code so you can watch the episodes from this set on the Funimation Now app too. Compared to some other recent Funimation releases, this one is a little light on special features, including textless opening and closing songs, trailers for other Funimation series’ and a commentary track for episode 10.