The latest entry in one of gaming’s greatest survival horror franchises is mere weeks away, and based on what I’ve seen so far of Resident Evil Village I can be certain of a few things. 1. The game looks absolutely gorgeous, 2. It’s taking it’s survival horror roots to places the franchise hasn’t seen before and 3. I can’t wait to get to experience more of this gothic horror and uncover the mysteries in Ethan Winter’s latest spooky outing.

The trailers for Resident Evil Village and the start of this preview area were quick to point out that Ethan’s new quest involves recovering his missing Daughter Rose. It’s unclear exactly what has rocked his family this time around but it’s clear he thinks Chris Redfield is somewhat involved. 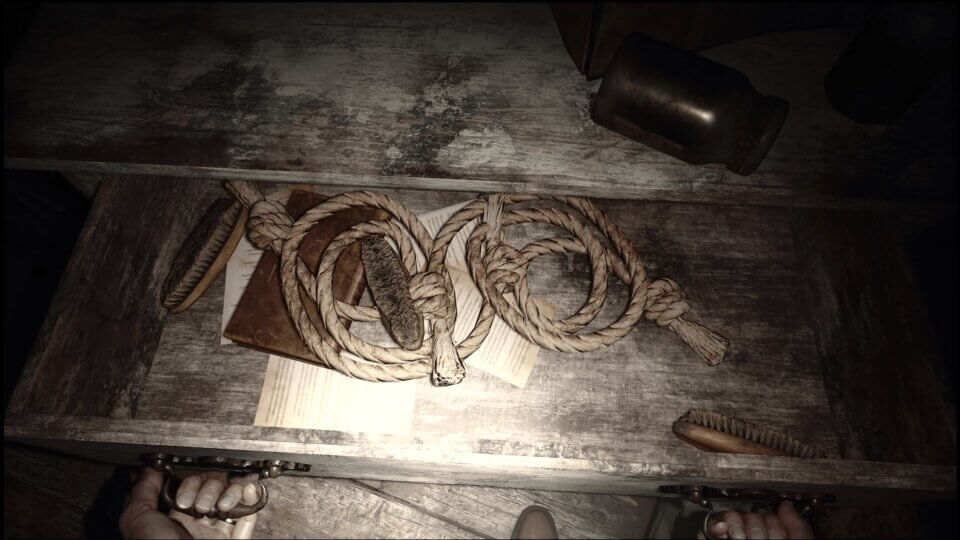 This preview provided for the game contained new footage that provides some more context of the setup and areas featured in the village area of the recently release PlayStation demo but a lot of new scenes from the game’s outdoor snowy landscapes and the dimly lit, golden hued castle of Lady Dimitrescu.

The first thing that is instantly noticeable about Resident Evil Village, other than the constantly tense and creepy atmosphere is just how incredible the game looks. The Re Engine has been taken to new heights, with the rendering technology looking so realistic at times, it was hard in the dimly lit cabins to realise it was a video game.

The opening of the preview has Ethan travelling in a low lit, flashlight illuminated cabin in the snow following a trail of blood stains from room to room. The details of the blood glistening on Ethan’s hands as he pulls himself into a new room is incredible and unsettling, but thankfully things begin to feel (slightly) safer as he proceeds back into a sunlit outdoor area Looking out towards the titular village, the focal point of which is the massive castle on its peak. It’s clear to see that’s where we’re headed, whether we want to actually go there or not.

Resident Evil games have this incredible ability to leave you constantly on edge, especially on your first playthrough of the game. As you proceed through cabins, the sounds in the distance and coming from adjacent rooms keep you constantly rattled and equally scared and curious as to what may be around the next corner.

After receiving a gun from a worried villager it’s clear that things are about to go down and the action component of the game is about to begin. The villager is clearly petrified of an incoming threat that at that time is unknown to the player. But it’s clear from his pronounced fear that whatever it is that’s coming, it can’t be good.

Village, like the previous entry Biohazard features a first person perspective which not only puts you front and centre as Ethan, it also shows of the sheer beauty of the world and the game’s varied environments. And even though first person is still a relatively new aspect for the franchise, core staples like jump scares, typewriters and the good ‘ol Green Herb are back to let you know this truly is Resident Evil. 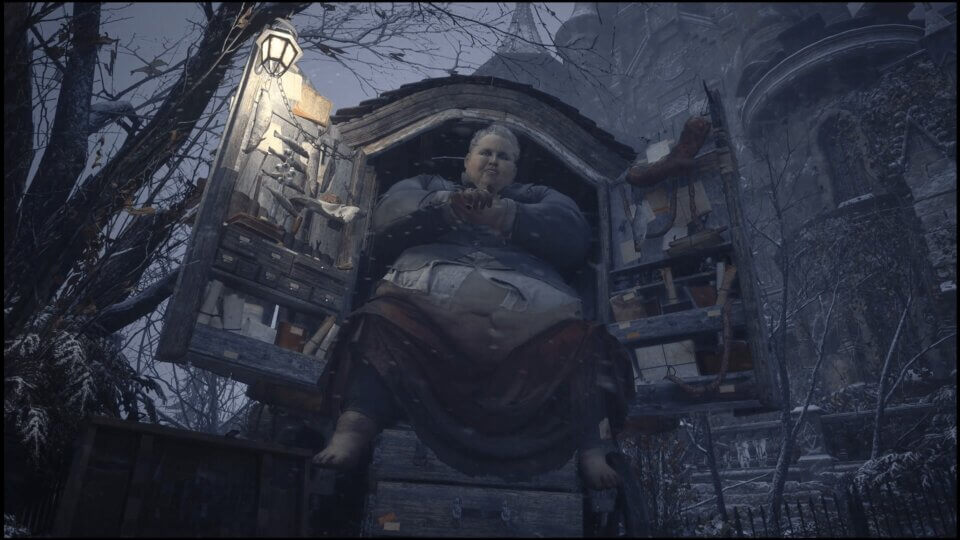 It’s no secret at this point that the game features these new Werewolf-like enemies. Although they seem smarter than your standard folklore werewolves. While still mostly growling and clearly maniacal in nature, they possess the ability to ride on horseback and seem slightly more switched on and civilised as a pack.

In the second part of the preview, Ethan makes his way through the gate and into the lower portions of the castle but on the way we’re introduced to a new character that featured in the latest trailer from the Resident Evil showcase.

The Duke, a new merchant character in a travelling caravan type cart offers purchasable items, health top ups, and weapon modifications among other things for Ethan to purchase and while it’s unclear when or how often he’s able to be visited, he could definitely come in handy getting past the tough situations that are no doubt going to occur against the game’s numerous types of enemies.

Upon entering the castle Ethan is immediately tormented by Dimitrescu’s daughters who bring Ethan directly too the big lady herself, resulting in the first meeting that has featured in a number of trailers and promotional material at this point.

And just as I feared, it seems there are segments of the game where you can be stalked and pursued by Lady Dimitrescu herself. Very much in the same vein as Mr X and The Nemesis from earlier entries in the Resident Evil franchise, these enemies will appear at a moments notice as you round the corner or open a door, quickly resulting in the most scary game of hide and seek you’ve ever played. These enemies are typically too strong to take on head first, and based on what I’ve seen so far of Lady Dimitrescu’s pursuit, she’s much the same. This is her castle and she and her daughters appear to get a kick out of tormenting Ethan as much as they can.

So far I’m a big fan of this shift in direction and tone of Resident Evil Village and after witnessing this latest look at the game it has me even more excited than before to jump in, be scared to death and uncover the mysteries of Ethan’s latest chapter.

All images captured from stock B-roll footage provided by Capcom for the purposes of this preview.