Last week I had the chance to go hand’s on with the upcoming Mega Man 11. And in short, existing fan’s of the series should be very excited for what Mega Man 11 has in store and for potential new fans, don’t be put off by the 11 in the title. It’s a great jumping on point and provides a great blend of the classic platforming gameplay that the series is known for but also introduces some brand new mechanics and a visual upgrade to add a fresh, modern twist to the series many know and love. Read on to see all my thoughts of the Mega Man 11 hand’s on preview. 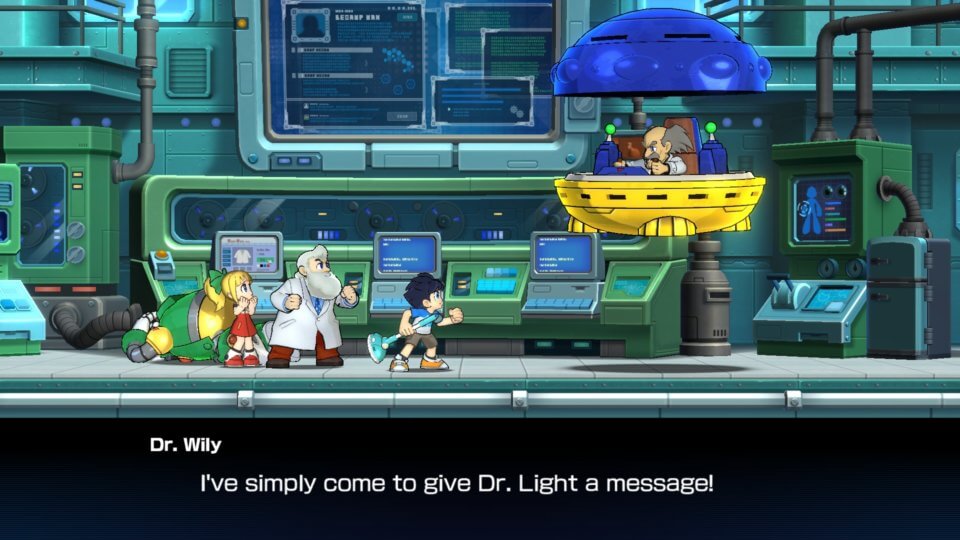 The preview build I played was running on PS4 and featured two stages. Each containing cleverly designed platforming puzzles and themed like their respective Robot Masters that awaited the end of the stage, Block Man and Fuse Man.

Movement in the long awaited sequel feels great. Jumping and manoeuvring the platforms is faced paced, responsive and requires the use of all the tricks Mega Man has up his sleeve at different sections throughout the level. You’ll be blasting away enemies and breakable blocks using the arm cannon, taking down those trickier foes with charged shots and sliding your way through tight spots, just in time to avoid being destroyed by the various traps that try to prevent you from reaching the Robot Master boss at the end of the stage. 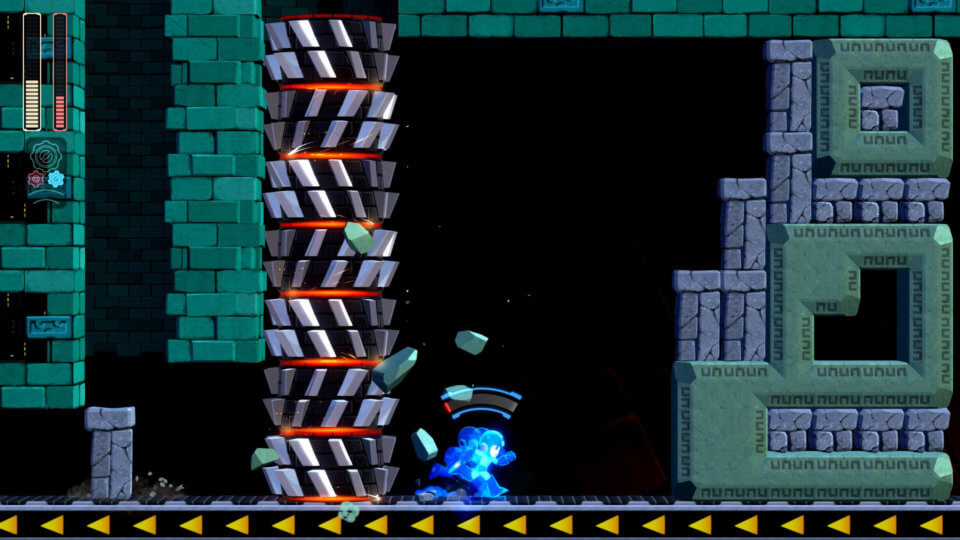 Back With Some New Gear

But this time around Mega Man has a few new toys in his arsenal. The Double Gear system adds a new unique twist to the Mega Man formula this time around. Mapped to the L1 and R1 buttons (Likely also the shoulder buttons on the other platforms too) are brand new powers you’re able to deploy. The Power Gear allows Mega Man’s mega buster to be overcharged adding further power to Mega Man’s weapon based abilities. While the Speed Gear slows down time giving you more time to think in fast paced boss battles, avoid traps and nail tricky platforming sections.

These gears once used do have a cool-down period before they can be used again. But depending on how they’re used can greatly increase your chances of successfully getting through a puzzle, defeat an enemy or even just make it to the next phase of a boss battle to learn the pattern required to hopefully beat it on the next attempt. 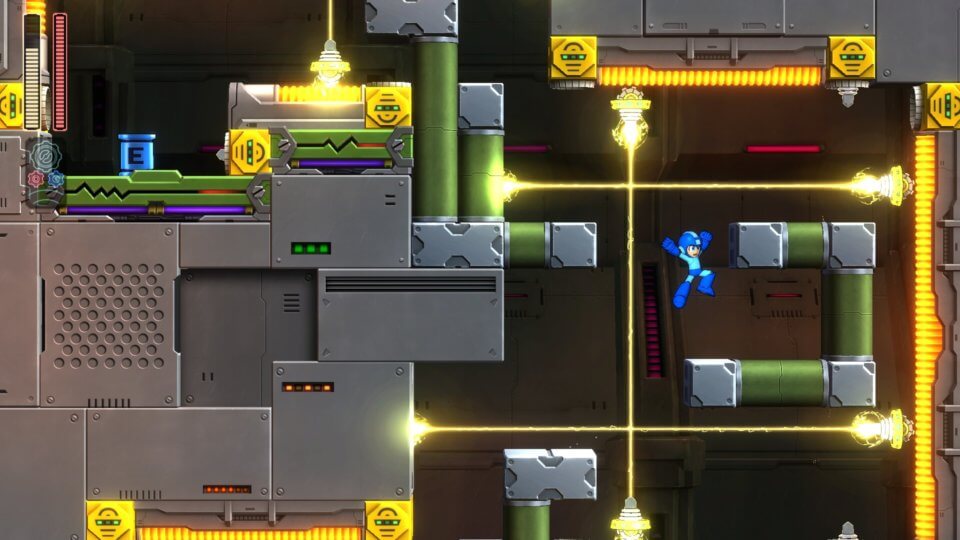 And there will likely be plenty of attempts. Based on the two stages I played, the game is difficult. Having had some experience with the series in the past I decided to start my session by playing on the game’s normal mode before getting utterly destroyed numerous times and having to drop the difficulty down just to complete the stages. I’m sure in the final release I’ll eventually work up to playing on the higher difficulties but going in cold with this preview it would have taken all day to ‘get good’.

The demo featured 3 difficulty options. Normal, easy and newcomer and also had a higher difficulty level that wasn’t implemented in this build but I was told would be there in the final release. Changing the difficulty doesn’t change the positions or patterns of enemies in the stage or make the platforming sections or puzzles any easier to figure out it simply reduces the amount of damage you take upon taking hits and may increase the damage you deal to enemies. 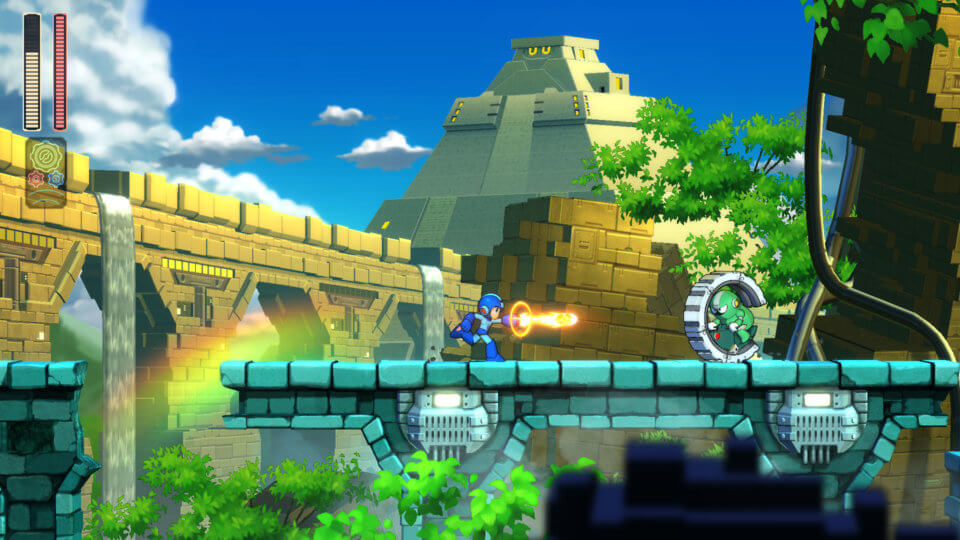 Now for a bit more detail about the stages included in the preview build. The first stage I played was the Block Man stage. The levels as I mentioned are themed around the core concept of the Robot Master so the Block man stage as you may expect is full of a lot of stone architecture and looks as though this robot has taken over a tomb that Lara Croft hasn’t got around to raiding yet. After a few attempts, inching closer and closer to the end each time I finally reached Block Man himself, who starts the encounter a similar size to Mega Man quickly evolves to a giant rock sized titan after taking enough damage to enter his second phase. 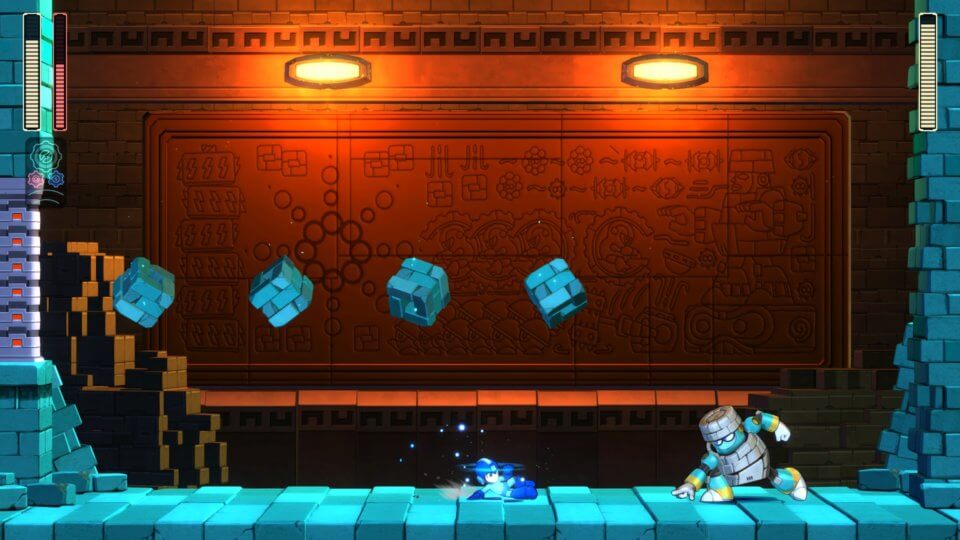 The second stage, housing the electrical powered Fuse Man is designed with flashier, futuristic area’s and also includes enemies that can shoot electric projectiles, and possess shock fields. Along with the laser beam traps scattered throughout, all of these things come together to teach you the mechanics you’ll need to understand to be able to beat Fuse Man at the end of the stage. He moves extremely fast and also emits shocking projectiles that zip around the stage following pre defined patterns. Causing you to not only keep one eye on Fuse Man but also one on the environment. The Speed Gear definitely came in handy when taking down Fuse Man. 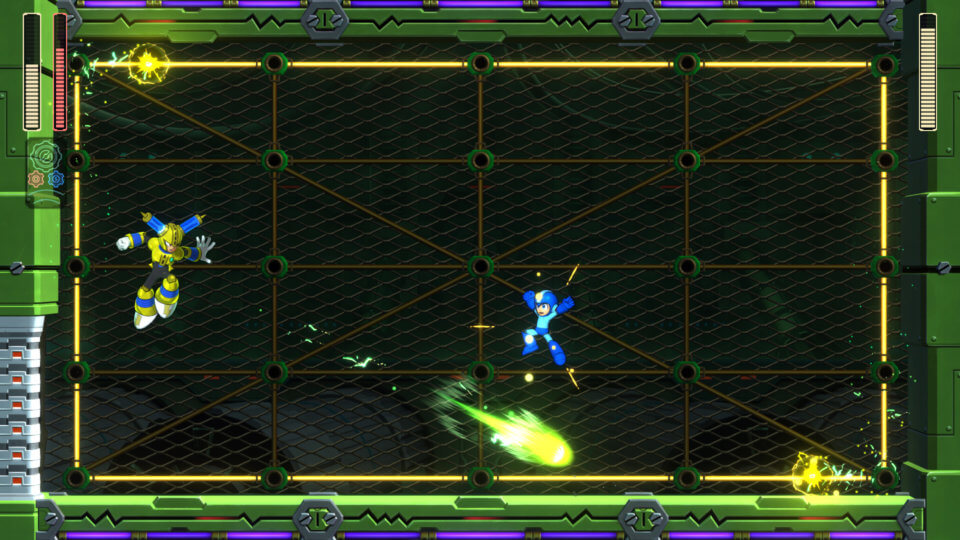 Use Power’s In A Flashy New Way

Upon defeating the Robot Master’s Mega Man absorbs their powers as he always has, but in Mega Man 11 when using those powers, which is now quickly accessible at any time with the weapon wheel, Mega Man takes on the visual characteristics of the boss he got the powers from. Block Man grants the ability to summon falling blocks that reign down from above onto enemies while Fuse Man allows you to shoot electric charges that follow the solid design of the stage and can also be shot upwards.

Mega Man 11 looks like it will be great for both series veterans and first timers. Those unable to handle the most hardcore and frustrating of difficulty options now have the ability to scale it back and will likely work up to the higher difficulties naturally. A luxury that wasn’t offered in the previous titles when they originally released.

Based on the two stages I played it looks as though the game is going to have a large variety of different enemies in each stage, each of which you’ll need to work out their patterns, how they cause damage and of course the best way to destroy them. Because they definitely want to destroy you. Failing to adapt to the different type’s of enemies as they come at you can quickly lead to your demise.

The Mega Man game’s may seem unfair at times but they really aren’t, they are hard by design. And once you master the level layouts, enemy types and best strategies you can appreciate how well these game’s have been designed over the past 30 years. Mega Man 11 looks to be no different. I’m looking forward to the final release to take another crack at Block and Fuse man and to see what other Robot Masters are going to try and stand in my way. 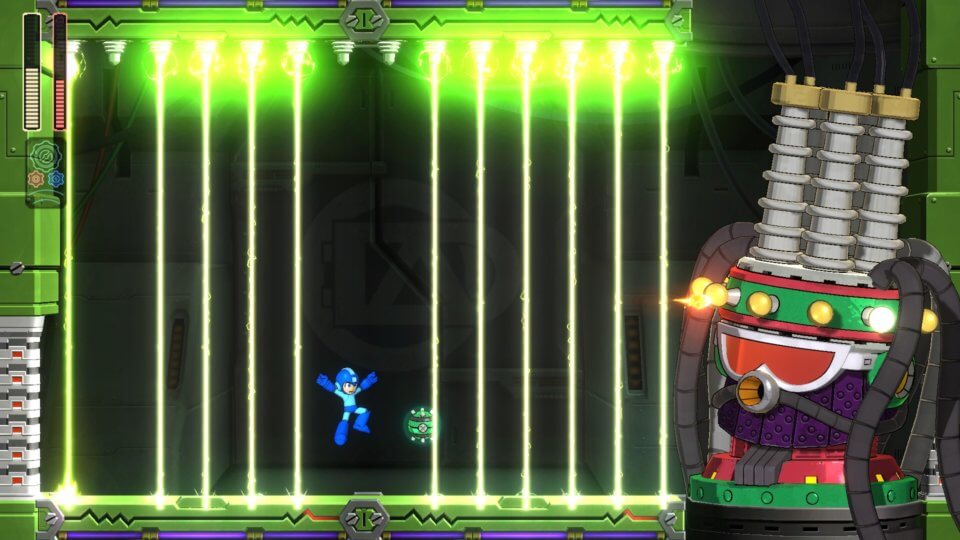 Mega Man 11 is set to launch on PS4, Xbox One and Nintendo Switch on October 2nd this year. It’s definitely one we’re going to be keeping our eye on.