The Final Fantasy series has been on an absolute high for the past few years. Between their mainline new releases such as Final Fantasy XV and 7 Remake and the numerous remasters of their classic catalogue, the best suite of Final Fantasy titles has never been easier to access and play. The next title in the franchise, soon to get it’s chance to shine again is Final Fantasy Crystal Chronicles Remastered. I recently got access to preview assets for the upcoming remaster and it appears the game will certainly please fans of the original GameCube version and will also be highly accessible to new players thanks to the game having a very low barrier to entry with a Lite mode available on all platforms. 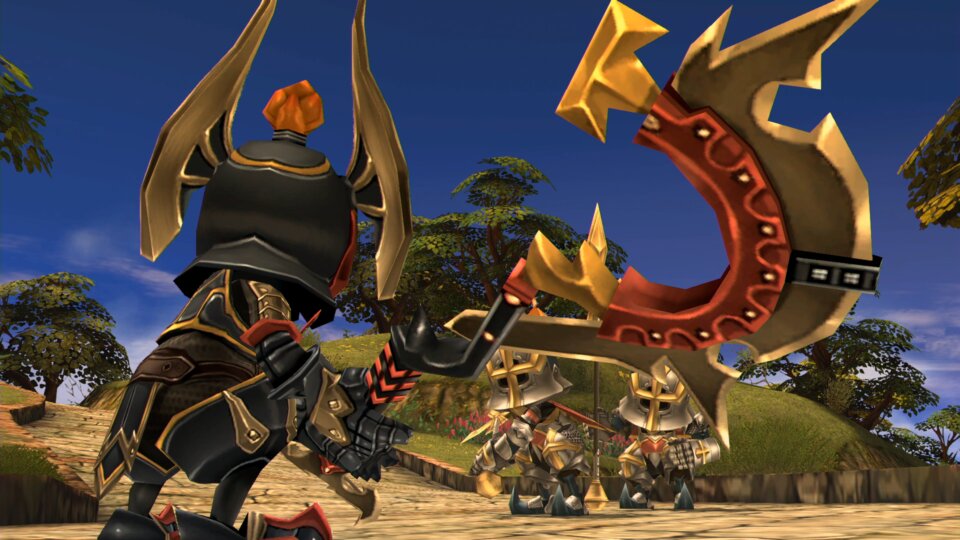 As someone who never owned a GameCube, I never had the opportunity to jump into the original Final Fantasy Crystal Chronicles. Which was a real shame for me because I knew that the game contained just about everything I looked for in JRPG’s at the time. Custom character creation, awesome music, frequent boss battles and an action based combat system.

In Crystal Chronicles, the story follows your custom group of adventurers known as the Crystal Caravans as they journey the lands, clearing dungeons and defeating enemies in the search for Myrrh, a precious resource used to purify and maintain a crystal in their home village Tipa that protects them from Miasma, a toxic substance emitted from an ancient meteorite that hit the world long ago. This base plot sets in place the core gameplay loop of Crystal Chronicles and gives your journey a constant purpose, and a reason to return to town after completing dungeons to continue to see your progress. 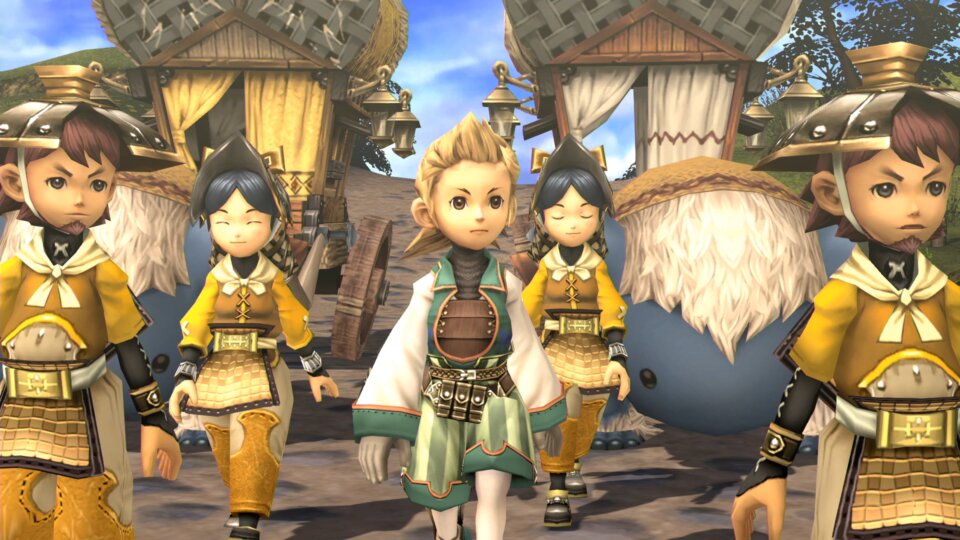 The new remastered version that is launching late next month appears to be a faithful remaster of the original game but with new features and plenty of quality of life improvements thrown in to make the game better to play and also accessible to a much wider audience of potential players. As the game is a remaster and not a complete ground up remake, everything is based on the original game, but it does come with plenty of new enhancements that veteran players will get a kick out of.

The Remastered Edition will feature online cross play between the PS4, Switch, iOS and Android versions of the game so no matter what version you pick up, you can still enjoy the multiplayer component of the game with friends regardless of which platform they prefer. Also added are brand new, high difficulty dungeons to explore, English voice acting, new weapons, recipes and items to find and use, the introduction of a mini-map that comes in handy when traversing dungeons and numerous other UI and quality of life improvements.

The game will also feature a remastered soundtrack which also includes a number of brand new tracks created by Kumi Tanioka, the original composer of Crystal Chronicle’s score.

When starting the game, you’ll have the ability to create and customise your own adventurer. The character creation process was a core part of the preview and showed off the diverse options available to you that you can use to tweak your core character to your liking. First you’ll be selecting your tribe, similar to the character class seen in many other RPGs. This is the basis for your characters’ play style. There’s the melee heavy Lilties, magic wielding Yukes, dexterity focused Selkies and the balanced Clavats to choose from.

You’ll then get to customise the character’s variation, essentially their appearance before selecting their voice from a handful of options, now featuring English voice talent too and finally their family’s job which may change items accessible to you and the shop your family owns within town. Selectable options range from Blacksmith, Miller, Tailor, Farmer, Fisher, Merchant, Rancher and Alchemist. Once you’re happy with your chosen selections, get ready to name your character and hit the town to begin your adventure.

Along with the preview of the game’s gameplay, a Q&A with game director Ryoma Araki was also made available. Within, a number of burning questions I had about the game were answered so below are a number of questions from the interview that contain key information on the game that I feel existing fans of the game would love to know, and explains how approachable the game is planned to be for players like myself that never had the chance to play the original Crystal Chronicles.

What feature in Final Fantasy Crystal Chronicles Remastered Edition do you think will be most-exciting for players who played the original?

Araki: Various features make it easier to invite a friend along to play, such as the introduction of online play, cross-play and the Lite version. In addition to that, the new high difficulty dungeons provide great end-game content that adds even greater depth to the multiplayer experience.
We put a lot of emphasis on cross-platform play for this game to ensure as many players as possible were able to team up and enjoy the adventure together, regardless of which platform they play on, or even if they’re using the free Lite version of the game.
We understand that offline co-operative play was a feature in the original game many fans look back at fondly, so we hope both returning and new fans alike will be able to enjoy the game again by teaming up together across different consoles and smartphones and create new memories as they adventure together again.

Can you explain more about how Lite works?

Araki: When a player with the full game is the host and other players join as guests using the Lite edition, everyone will be able to play up to 13 different dungeons together. The number of dungeons on the original GameCube version was 14, so you can play pretty much all of them. This lets owners of the full game easily invite a friend along when they want to enjoy multiplayer. You can also carry over your progress from the Lite version when you buy the full game, so won’t need to go through building up your character from scratch again when you decide to dive in to the story and end-game content (such as the new high-level dungeons). 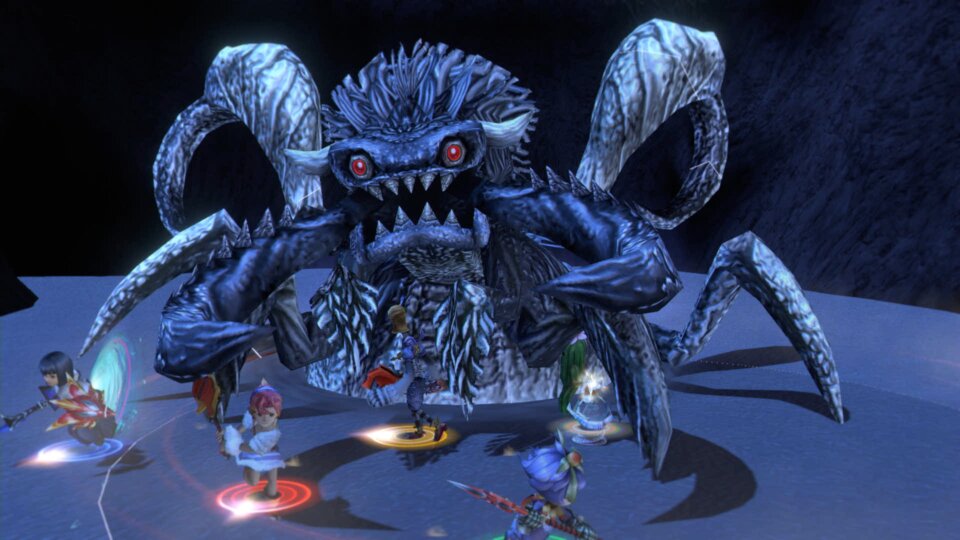 What piece of advice would you give to someone who is interested in Final Fantasy Crystal Chronicles Remastered Edition but didn’t play the original?

Araki: The game has been set up to be as enjoyable as possible to play casually, both as an action game and a co-op game. I would suggest starting off with the Lite version (available for free when the full game launches on 27th August) to experience the charming world of FINAL FANTASY CRYSTAL CHRONICLES!

Can you explain more about the end-game dungeons and new items?

Araki: We have created 13 high-level end-game dungeons. To sum up, these are divided across three difficulty levels, with the hardest dungeons providing a real challenge, even if you have levelled your characters up and collected some powerful equipment. The new recipes and items added to the game are also comparatively easier to find in these harder dungeons. I recommend that you craft the new weapons and armour added for this edition to take on the hardest dungeon of them all (it might also be fun to just jump in with what you have and see if you can pull-through with skill alone though!).

Why was it important for the team to include cross-platform support?

Araki: In the current era, lots of people enjoy playing games, but there are also a huge variety of play styles and different platforms that people play their games on. I wanted to make it so that players could easily invite their friends, family or partners along to play FINAL FANTASY CRYSTAL CHRONICLES and create some good memories together, even if they owned different gaming platforms, so cross-platform compatibility was a must.

Final Fantasy Crystal Chronicles Remastered Edition launches on August 27th 2020 and will be available on PS4, Nintendo Switch, iOS and Android with a Lite version accessible on all platforms. It’s shaping up to be a faithful remaster of the original game with plenty of new additions and improvements and will certainly be more accessible than ever when it launches late next month.