I spent the past weekend at Supanova Sydney 2019 and the event provided a ton of exciting things to see and do, but one of the things that interested me the most from the weekend was something that took me completely by surprise and left me wanting to see a lot more.

2 of the guests at this years’ convention were Dan Green and Eric Stuart. If you’re an anime fan and grew up in the 90’s – early 2000’s you’ll likely have heard their voices as various lead characters in Pokemon, Yu-Gi-Oh and Sonic (among many other things).

As a big fan of both Yu-Gi-Oh and the Pokemon anime I went along to Dan and Eric’s panel which was a pretty standard Q&A style panel until they revealed they had something special to show us.

I consider myself pretty attuned when it comes to following anime news, especially that focused around English dub voice actors but somehow I hadn’t heard that Dan and Eric along with Anthony Salerno had formed their own production company called Audramada Productions and were in the process of creating a completely new illustrated audio drama series called Crossing the G.O.D.S. But they aren’t doing it alone. Crossing the G.O.D.S features an incredible voice cast made up of talent that voiced most of my childhood.

Dan and Eric described the project as an illustrated audio drama and those familiar with animation production would view it as a more polished animatic. 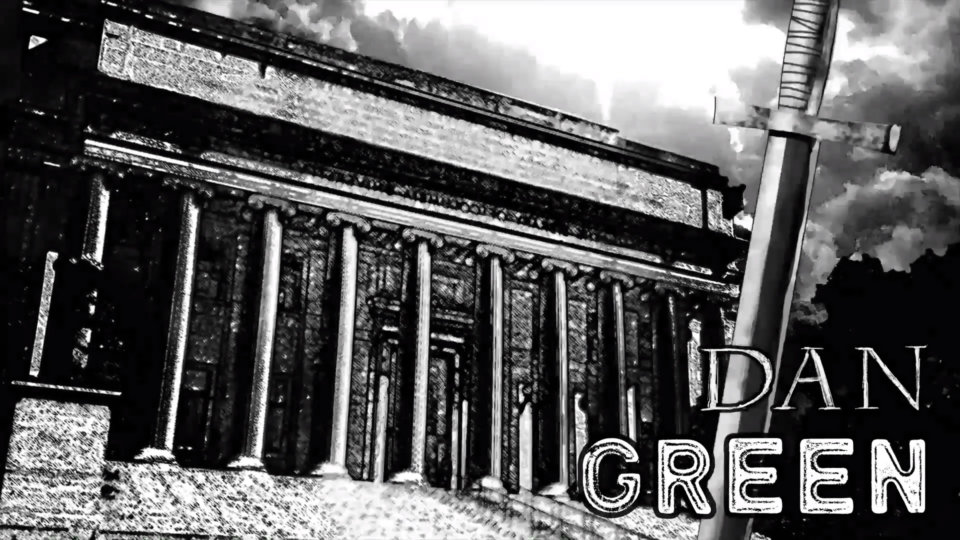 Just based on the description and the cast involved I was already interested in the project. But then came the surprise. We would get to watch the first episode right there with them. With it being the first time this had ever been shown to anyone outside of the production.

Now I won’t spoil too much as I’m sure Dan and Eric plan on presenting this at other conventions in the future but as I mentioned in the opening of the article I did enjoy what I saw and certainly want to see more.

After the opening credits roll we get our first look at a couple of environments that introduce the real world setting of the series. It’s completely presented in black and white and made up of 2D images that together with panning camera shots, parallaxing layers and animation provide a real sense of depth to the scenes.

The first character the episode follows is Cross (voiced by Dan Green). He seems to be a typical professor style character at first but it quickly becomes apparent that he’s involved in more than meets the eye. After a scuffle with another character who I believe was Preying Mantis (played by Lisa Ortiz) the two are transported and arrive before Blacksmyth (Eric Stuart). It’s here we’re shown that Cross is able to hold his own in combat, during which he manages to secretly transmit a distress signal. While we don’t see the outcome of the call, Dan did mention that it will be the catalyst for the other characters and kick off some key events in the series.

One thing I loved about the episode is that it didn’t hold my hand, it let me come to some of my own conclusions while watching. It’s clear that Cross, Mantis and Blacksmyth had history and have likely battled each other before the scene I saw. Far too often these days stories contain bloated exposition sequences that force feed you the story but with each episode of Crossing the G.O.D.S planned to be 5-7 minutes in length there isn’t the opportunity to do that and this first episode has shown that it’s really not required. I was able to follow the plot and implied story moments easily and I think that was thanks to some great scene framing and writing that conveyed the story even with the limited animation style.

I had the chance to speak to both Dan and Eric at Supanova about their anime careers and the Crossing the G.O.D.S series and those interviews will be going up later this week. During our chat Eric mentioned that the characters themselves are presented with ‘tortures’, with the villain stirring up their personal issues. This leads to them having to deal with their own issues before helping others throughout the show, showing that there is a human and relatable side to the characters. He also mentioned that although it’s a super hero style story, many of the characters don’t have special powers because they believe everyone can be a hero.

As well as voicing Blacksmyth in the show, Eric is also in charge of audio production. Assembling the dialogue and sound effects together with Dan’s illustrations to create the finished episodes. 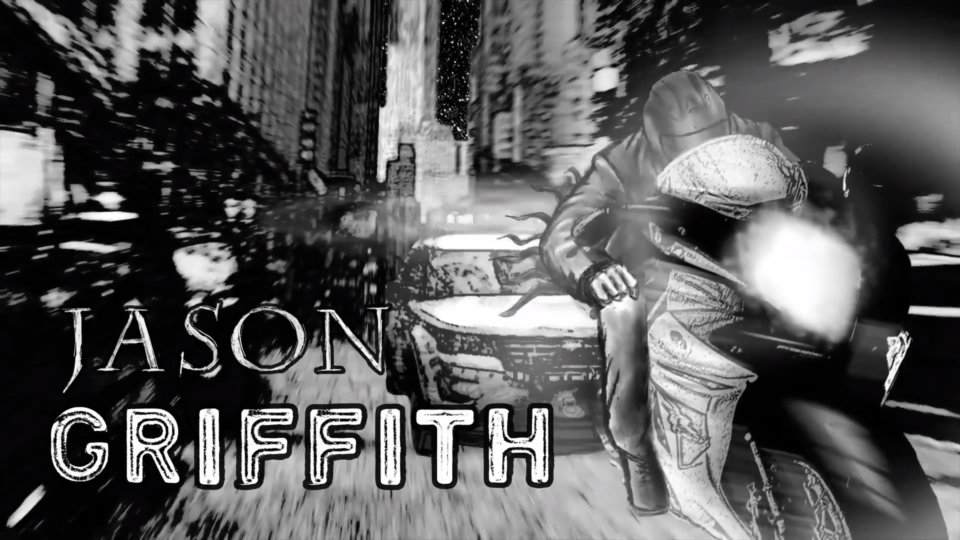 Dan is the writer, director and illustrator on the series and during our chat he mentioned that this is a story that has been inside his head since before his time on Yu-Gi-Oh and he’s glad to finally get to flex his creative side. He also mentioned that the dialogue for all 26 episodes has been recorded already but they are still a long way off from having it done. But he is looking forward to fans seeing and hearing what they’ve created, mentioning to me that he’s excited for the fanbase to hear the voice actors involved doing things we’ve never heard them do before. Calling out the performances of Eric (who performs Blacksmyth with a Billy Idol style accent) and Veronica Taylor.

The second episode was almost ready in time to show at the convention but both Dan and Eric mentioned wanting to get 3 episodes done before showing it to other people in the industry or any fans for feedback and then coming up with a production plan for the rest of the series.

Based on the episode I saw, the cast producing it and the talent voicing the characters, Crossing The G.O.D.S has gone from something I didn’t know about last week to something I can’t wait to know more about.

One thought on “Crossing The G.O.D.S Is A New Series Created By The ‘Voice Actors Of Our Past’”